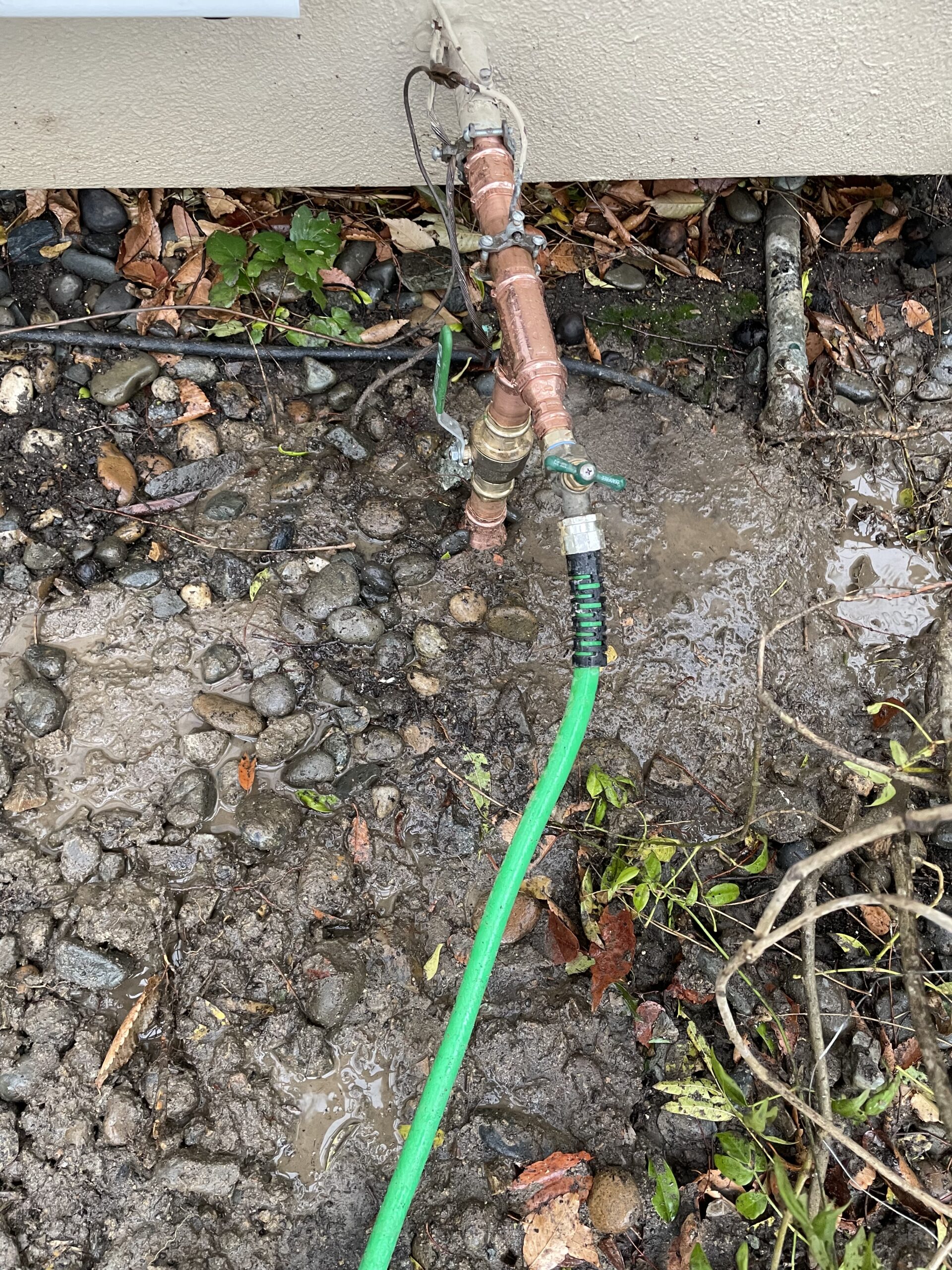 After the plumbing modifications detailed in the last post, the pipes were quiet for about 10 months. Then one night in mid-December of last year I was sitting on the couch in my office working and I noticed the well light was on.

The well light is a light up on the well control panel about 250yds up the hillside from the house — it’s also about 50ft up the hillside. When the well pump is running to add water to the tank, the light is triggered. Within a few months of buying the place the incandescent bulb in the fixture of course died. We replaced it with a green LED bulb, so now when it pumps we see the signal: it’s a good system. 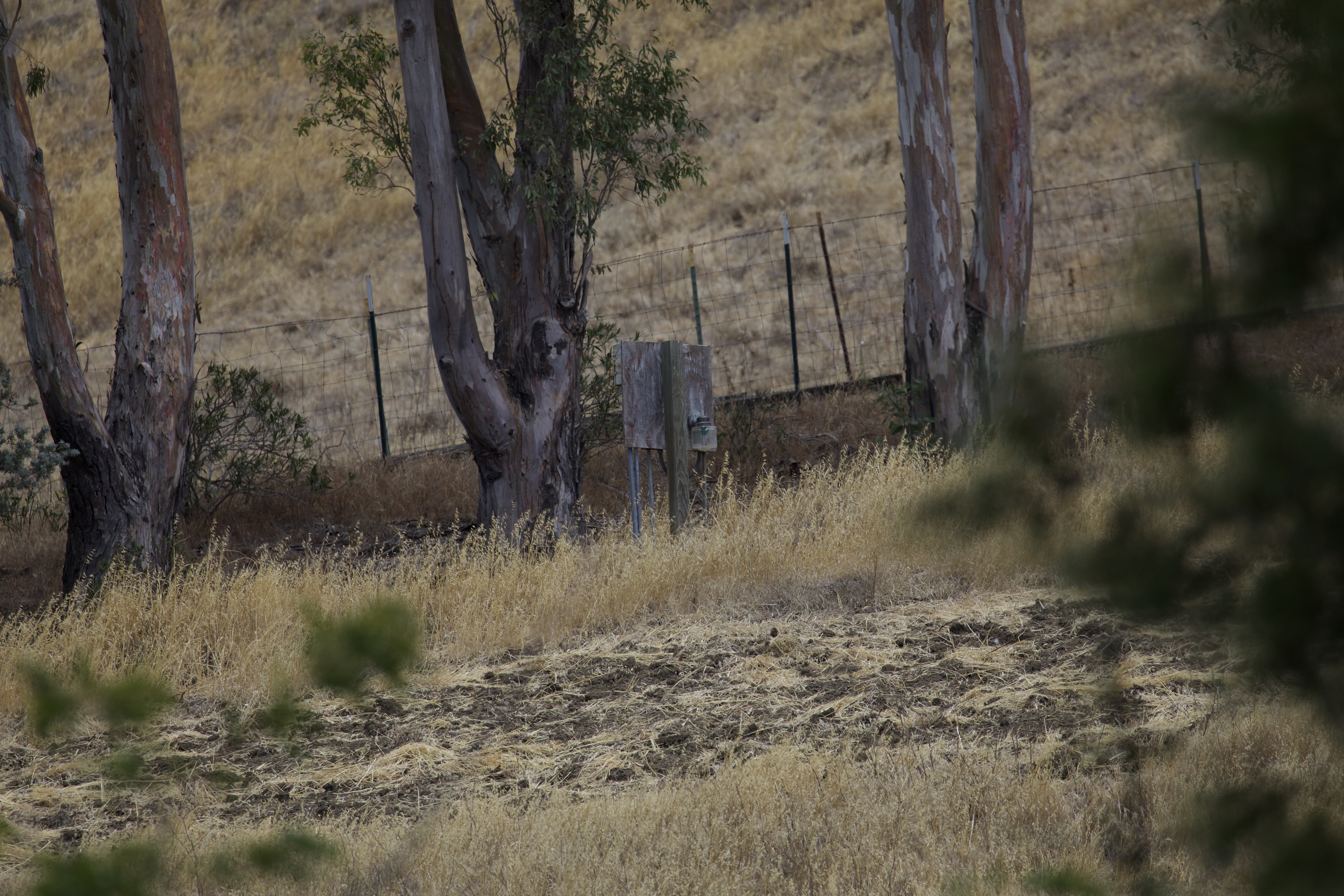 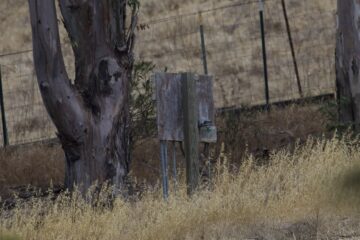 So then back in December I noticed the pump light was taying on which is not a good sign. I notified Agent Smith who went up to assess the situation. The tank was full but we had a leak somewhere. He soon pinpointed the issue was somewhere between the stand valves out behind the garage and where the main line enters the house.

Since it was close to midnight, he shut off the water to the house for the duration of the night.

It was also a Friday.

This meant we were going to have deal with the leak until Monday. Saturday we tried the only turning the water on at the stand valves when we need to do dishes or shower, but that evening I thought of a short term solution….a long garden hose.

See I was smart. Back when we had a leak at the junction out behind the garage I had a contractor install three stand valves. One to service the primary hydrant, one to handle the main line under the courtyard that feeds the house and then a spare.

That spare came in handy as we were able to run our super long garden hose from it to the tap above where the water main enters the house. Then by shutting off the main valve at the house we had water and no leak so the well didn’t have do any extra work.

Monday morning arrived and I called our favorite plumbing outfit and they were able to send someone out almost immediately. They soon sourced the problem to the coupling where the PVC pipe that runs under the courtyard joins the metal of the house main. Since our soil is very clay-y, during the seasons it dries and swells and thus shifts a bit and that shifting made things unhappy.

The two guys found a better solution — that being a coupling option that allows for a bit of wiggle. I did not envy them the job though as it was very windy not to mention cold and rainy. They had to excavate the pipe by hand, but within a few hours (including a quick trip to purchase the exact coupler they wanted) the problem was solved, the hose between the stand valves and the house coiled up neatly back on its trolly and everything was back to normal. 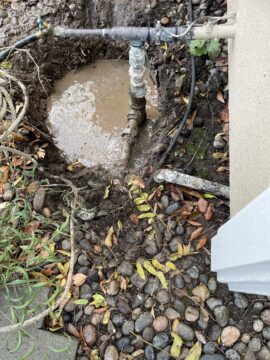 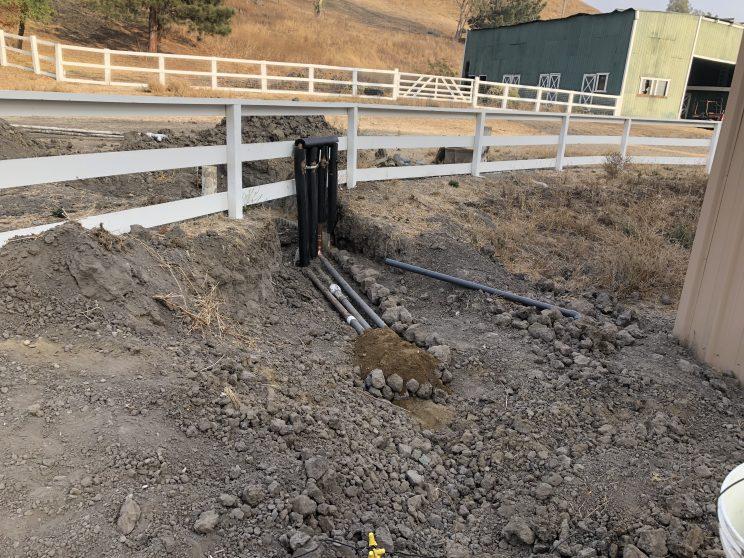 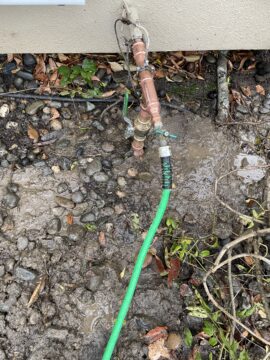