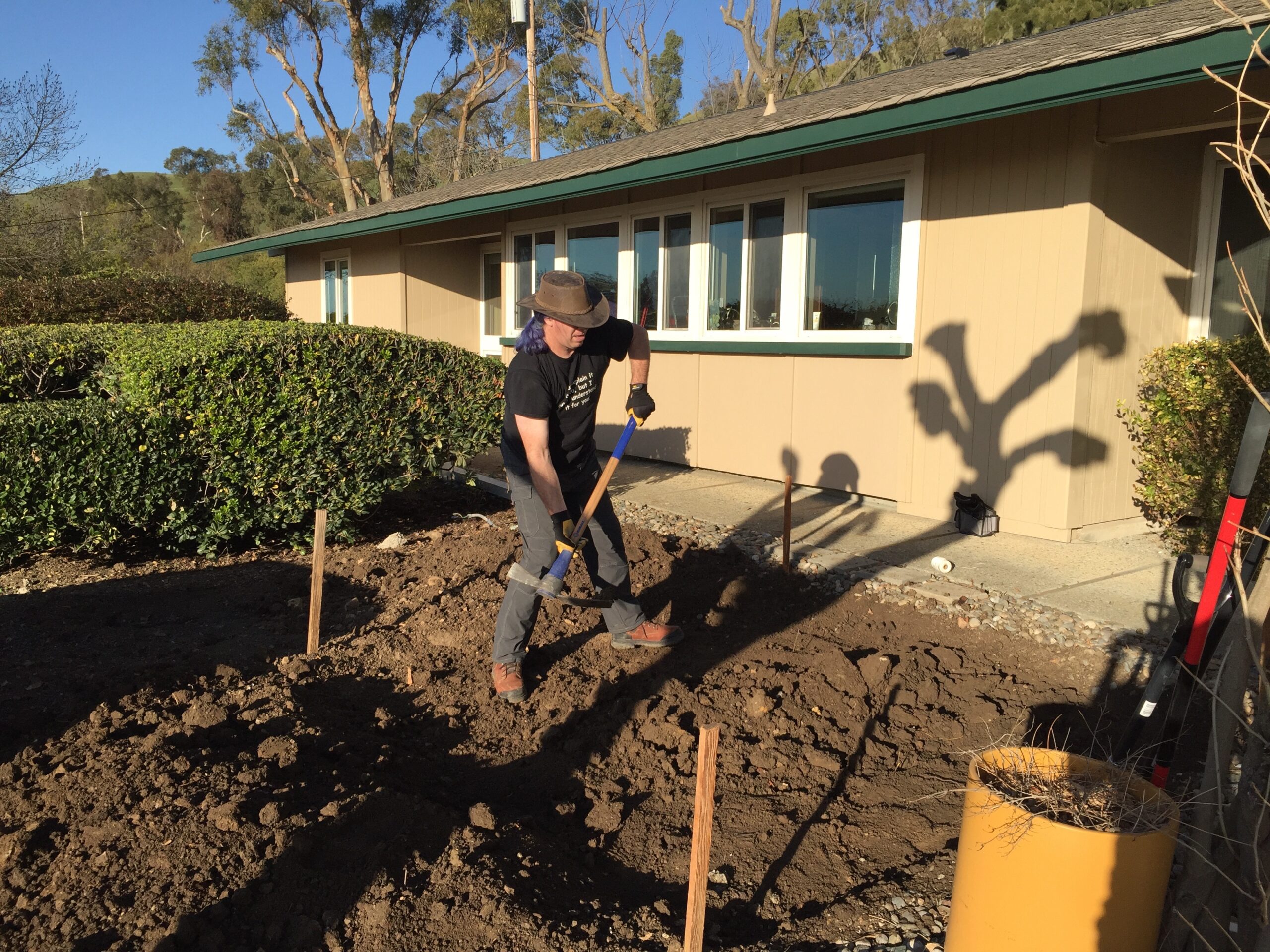 We had to wait a couple of weeks to move forward on the hot tub project as the place we wanted to visit after doing even more research was closed through the Christmas holidays. At the beginning of January though, we visited Trade Winds Spas in Los Gatos and after looking at a couple tiny options, we finally found the perfect hot tub–a Maxx 461.  It’s a nice little four seater that is really built for just two, but should we have guests, there will be room for sociability.  What made it an easy decision was the total lack of a hard sell by the staff there.  When we had hit up a Jacuzzi dealer in November, apparently the dude in charge of all sales training was living at the store for a period of time. We were thus treated to the whole sales spiel.  It seemed to last forever and I’m sure was meant to be very impressive.  Agent Smith tried to be polite and I went into ditz mode–you know where you become that annoying sort of person that just smiles and nods and looks really interested but in reality your thinking about whether you want to create a new database table to handle a new series of information in your James Bond suit analysis project. Anyway, there was none of that at Trade Winds and when we returned home we began plotting out what needed done next.  Agent Smith pulled the old tub out of the way and we set about leveling the pad.  Once the dirt was broken up and hoed out of the way, we made sure things were pretty level. Then we took the little red tractor and its pull-along cart down to the old dog kennel/gravel pit to get some pea gravel.

That’s right, we have our own gravel pit.  Seems that when the Doc put in the dog kennel they used several tons of gravel to build up about 6 inches before then setting down large concrete slabs.  I guess the theory was that they could easily wash away the dog pee off the concrete and down through all the pea gravel.  So three of us shoveled in two loads of gravel into the pull-along (my parents were visiting at the time and my dad helped out a bit.) Here’s a shot of the finished gravel bed.  That thing snaking out from the river rocks at the bottom of the photo is the old electrical.  The old unit just ran off a 110 circuit and we did investigate 110 options, they don’t retain heat and aren’t very cost efficient, so we will be putting in a 220 circuit soon.  The wiring the POs used though is straight out of their normal operating procedure.  Rubber insulated and so old the rubber had disintegrated and they’re lucky they didn’t have a fire because of it.  Add to all of that the circuit that ran the hot tub is the same circuit my office is on.  Seems any time they added something to the house, they used that circuit.

Another not so great thing about the old hot tub is the POs had just set the thing on the dirt and then built a deck around it.  As mentioned in an earlier post, we had the deck removed and turns out it was the local critter mortuary/graveyard. Besides the mummified possum there are a half a dozen rodent skulls (we thing squirrel) some possum jaws and limb bones and  a partially intact squirrel mummy.  We’ve collected the assortment into a little pile as you can see in the pic below. While all of this was going on, Thy decided he wanted to help.  Here’s a shot of him at the back door off our bedroom.  He has his most supervisory look going.

Anyway, after we got the gravel in place it was a simple matter of laying out the durable composite pad we had ordered from EZPads.  They’re a better option over trying to get heavy  pavers in and level, or worse, laying in our own concrete slab. Here’s a shot of the back side of two of the panels as we put them together and another shot of the last two panels being put in place.  We then attached some brackets to hold the pieces together and then the four of us (even my mum was helping out for this) flipped it over and set it down on the pad. Here’s then a shot of the finished pad.  Not bad for a couple of hours’s worth of work.  Next up,  actually putting something on top of it.