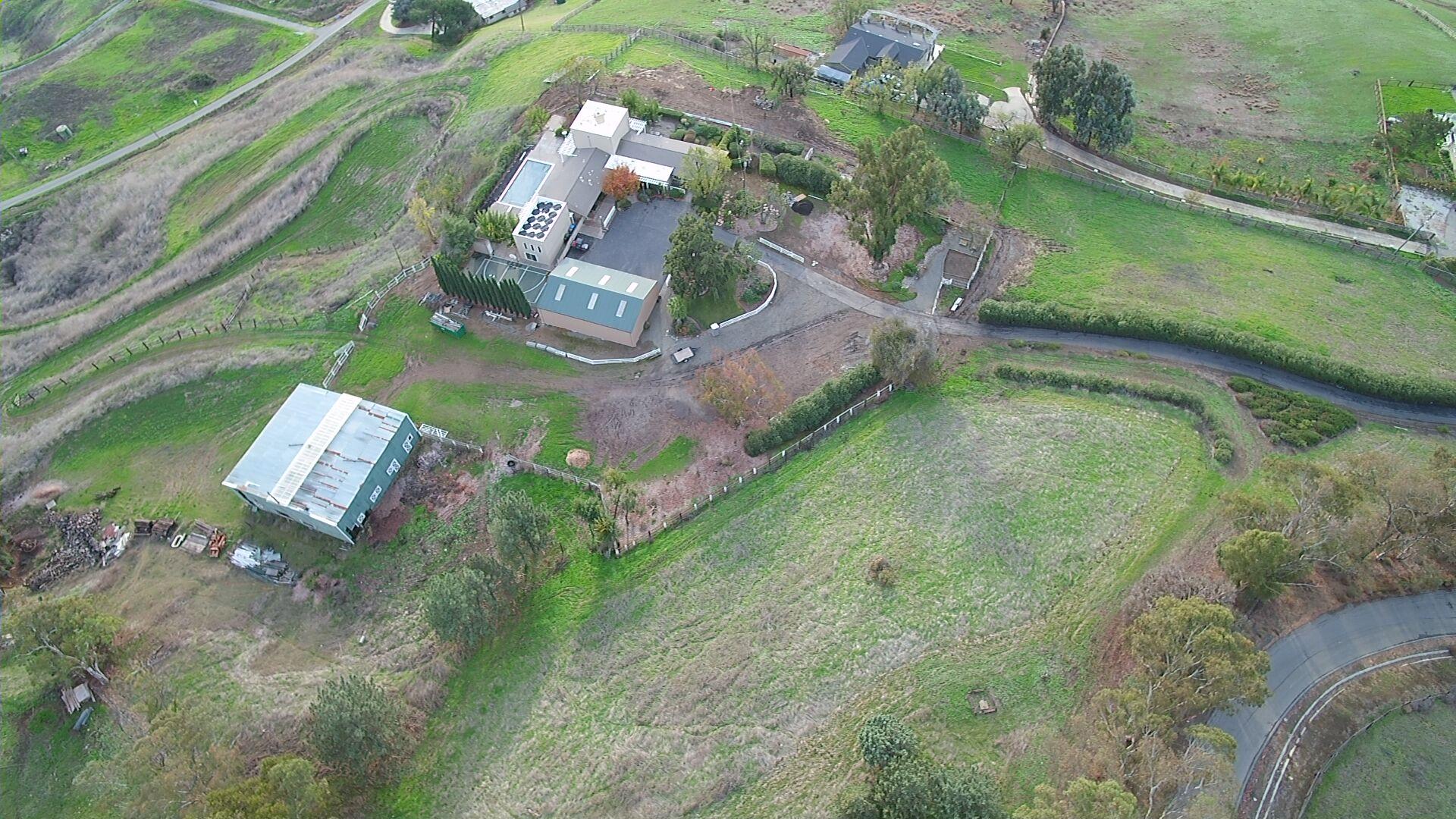 As we’ve said numerous times in numerous posts that the Previous Owners took little care of the property.  Another example of this is the state of our perimeter fences.

To back up a little, when we were considering the purchase, there were horses grazing the land. We were told by the POs that they had made a deal with a neighbor to allow the horses to graze in exchange for said neighbor fixing the perimeter fences.  (This neighbor should not be in any way confused with our Nearest or Next Nearest Neighbors.)   Well said neighbor didn’t make good on his end of the deal, as once we entered escrow no further work was completed and we had large sections of the fencing left with a single wire strung between the posts and in one case, an old garden hose left to act as means to keep the horses away from the north pastures and thus house yard.

We then had a few conflicting reports to mull over.  The owner of said horses rode by one day and said the POs had allowed him to graze horses often on the land and the POs made it sound like a regular thing.  Our Nearest Neighbor, however, said that was “a line of crap” and last year was the first year for it as the horses had also been grazing on his property as well as that of our Next Nearest Neighbor. The Mowing Man (he’s been mowing various properties on this partition for fifty years) also told us he’d never known the POs to have horses on the property and the last time he’d seen horses up here was when the Doc owned Purgatory and was breeding Morgans (apparently also Tennessee Walkers). Thus we formed the conclusion that the POs weren’t interested in spending the cash to have the land mown as usual. (Sidenote: more on why mowing is important will follow in a separate post soon.)  The horses for fencing deal was thus a one from which we ended up not seeing any benefit.

A bit about horses on the property and why they’re not a good thing:  besides the fact that they’re messy out the backend and thus giant fly magnets, they weren’t managed or overseen in any way.  This coupled with the sorry state of our fences meant they often got into areas they shouldn’t (specifically the house yard).  Having a steaming pile of horse crap outside my office windows and their propensity for eating the ornamental plants made them very unwelcome.  The horses were actually gaining access to our land via openings in fences between our land and that of our Nearest Neighbor and then to his property via an opening in a fence between his land and that of our Next Nearest Neighbor.  A couple of weeks after we took possession of the house we made first contact with our Nearest Neighbor as we thought the horses belonged to him.  He kindly gave us the run down of the situation and agreed they were more nuisance then they were worth and he closed off all the access points to keep them off all three properties.

Unfortunately the horses had already overgrazed things and we were left with a lot of dusty earth interspersed with a lot of desiccated star thistles.  Then in November the rains came and now instead of tall grass we have a lot of tall weeds.  More on that and what it means in the next post….