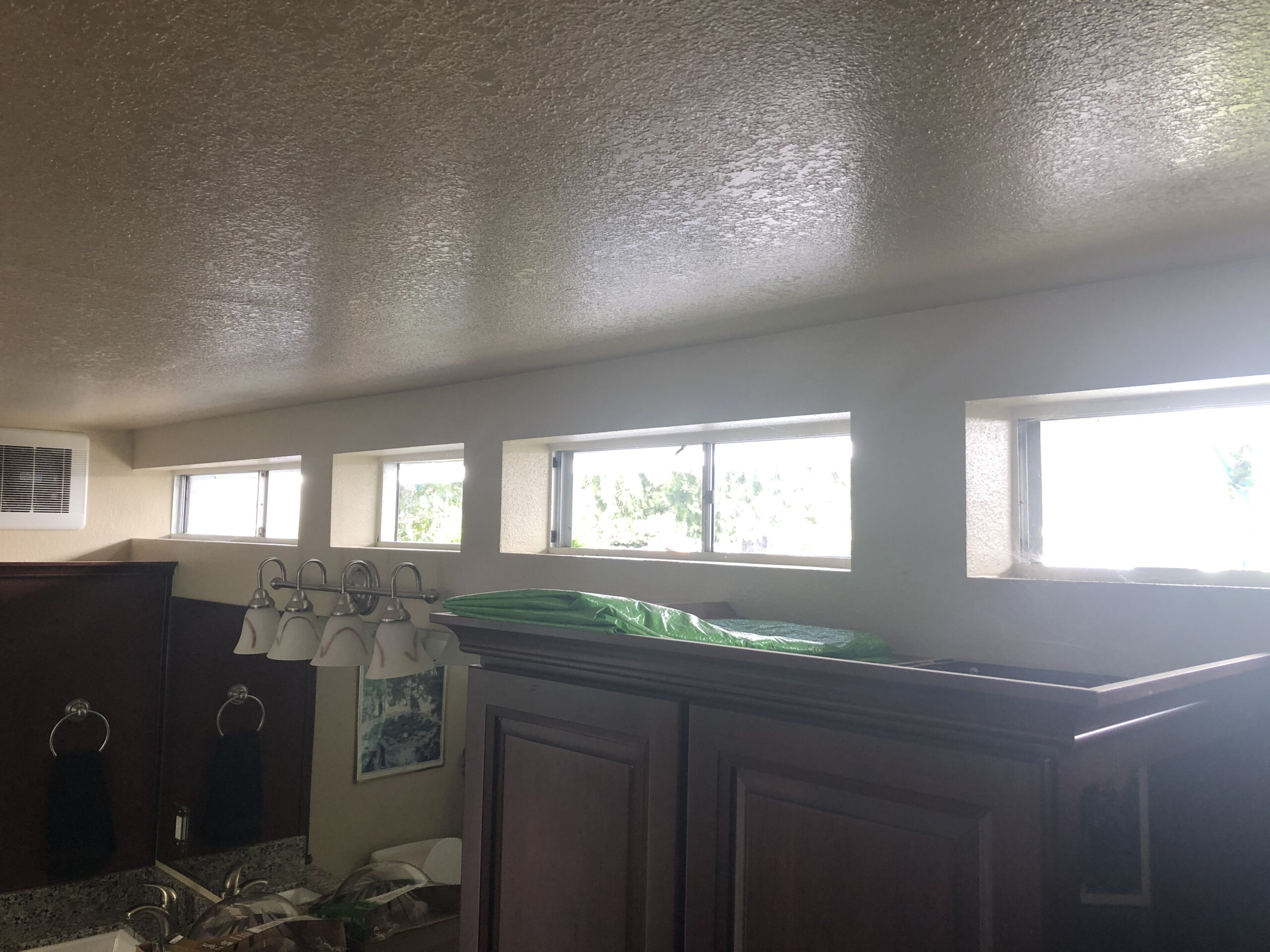 So we know that when the house was built the original configuration of the bathrooms opposite the linen cabinets had half-baths on each end with two smaller rooms, one with a shower and one with a bathtub, between them. The previous owners got rid of that configuration so that they could give their only child (a teenage daughter) a huge bathroom of her own. They did this by leaving one half-bath as-is (which we call the powder room for fun) and combining all the space of the small shower and bath stalls with the left-side half-bath.

If you look at the image below you can just make out what I mean: on the right side of the inverted-L shape along the bottom there is a series of four tiny rooms: that was the original configuration.

What the previous owners did was a dumb idea: especially when you consider the setup of the bathroom that resulted from their efforts. Two sinks and a fairly unusable vanity area plus a bathtub that is only good for soaking your feet, or for storing bags of bird seed. (Which is what it had been used until just yesterday…see the last pic in the gallery below.) 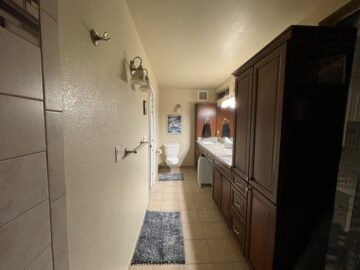 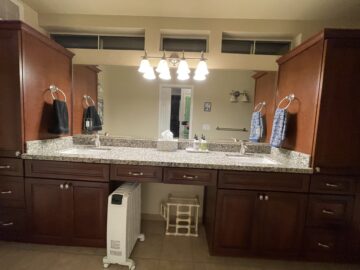 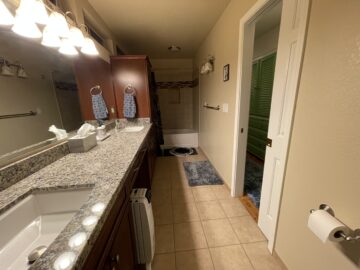 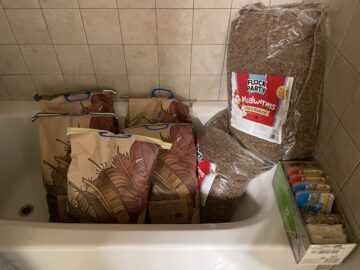 Which finally brings me to the main subject of this post. With all the money they sunk into such a remodel, the one thing the Previous Owners didn’t address were the drafty windows. Said windows are original to the house and are single pane and very “compact”. From the exterior they look like simple slits.

From the inside however they provide a decent amount of light during the day. Unfortunately they hadn’t been serviced in over fifty years and thus, in cold weather the ones that can be slid open (probably because back then there were no exhaust fans in the spaces) were a huge source of drafts and even rattled loudly during storms. Shortly after moving in I pulled the screens out and put them on a shelf in a closet in the studio building, but the windows still rattled whenever the wind blew.

So one afternoon, Agent Smith removed the windows sections that open out from the enclosures and redid the weather strips. Needless to say they were original to the house. Not surprising at all. Also needless to say the assemblies were disgustingly dirty. Also not surprising. Several decades worth of grime had to be dealt with.

It was only a few hours worth of work but now we are happy to report the windows no longer rattle.