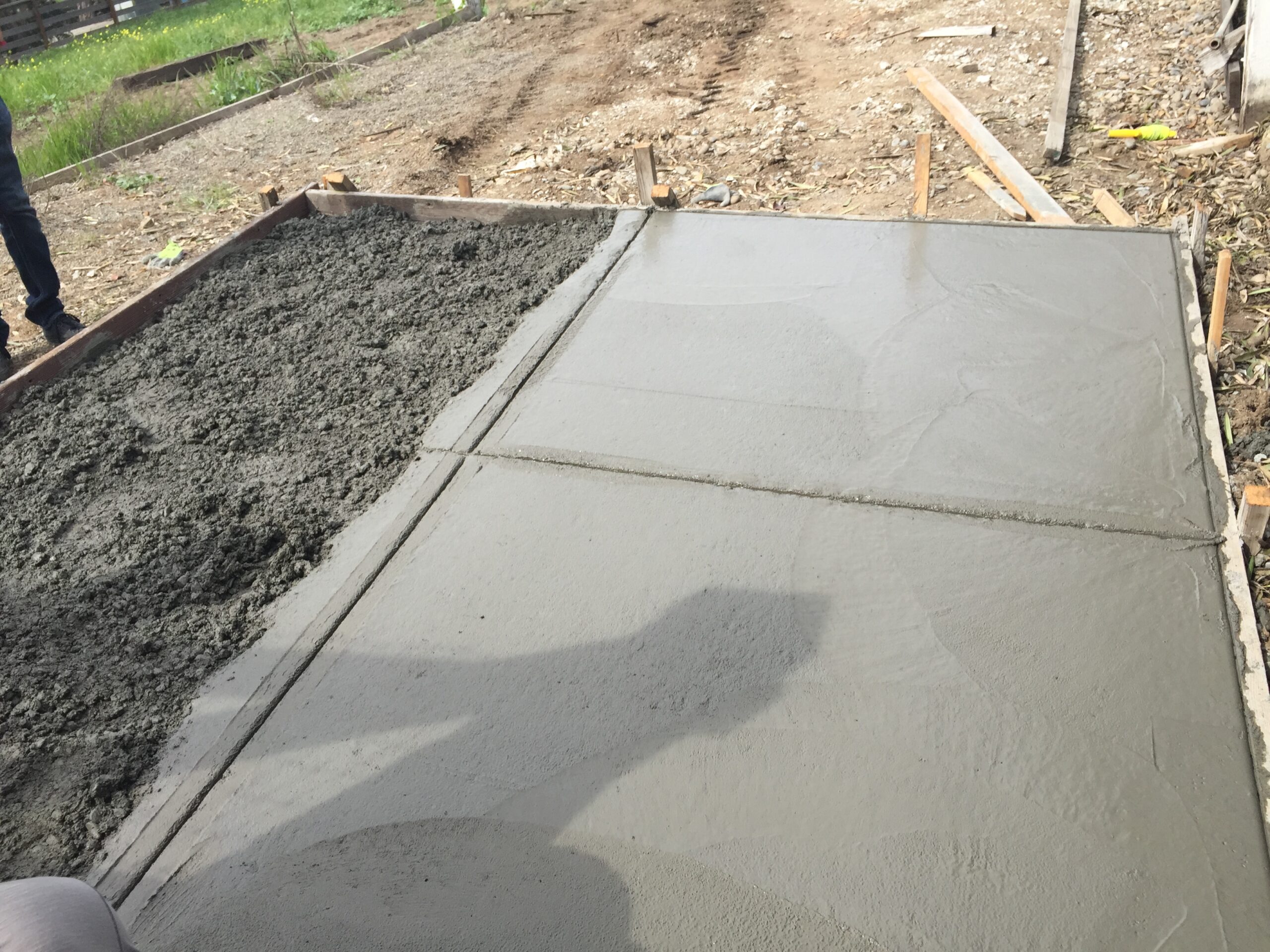 Back when we purchased Purgatory there was a really old and unsafe dog kennel on the property.  One of the very first projects Agent Smith and his father tackled was removing the roof and supporting structure leaving just the concrete pad exposed.

Back when we had the driveway redone, the same outfit quoted us just 2K to break up the old pad (which we had staged some of the wall blocks on and thus hastened its demise.). Since this was 5-8K less than the other quotes we’d gotten for a 10×10 pad plus removal of the old, we went for it. So back in January the crew broke up the old pad and pushed the rubble just north of old kennel area.  They also did the form work at that time. Then since we had the little water main snafu and then a half a foot of rain we waited.  In early March though a small crew came and since it was just a small job, they mixed the concrete with just a small rental mixer instead of using a large truck like we had up here for the wall project. The end result is a nice sturdy pad upon which we will soon place a diesel 20kw/hr generator.  (That little project stalled out due to exorbitant quotes for trenching that we remedied by just buying our own trencher, but more on that later.)