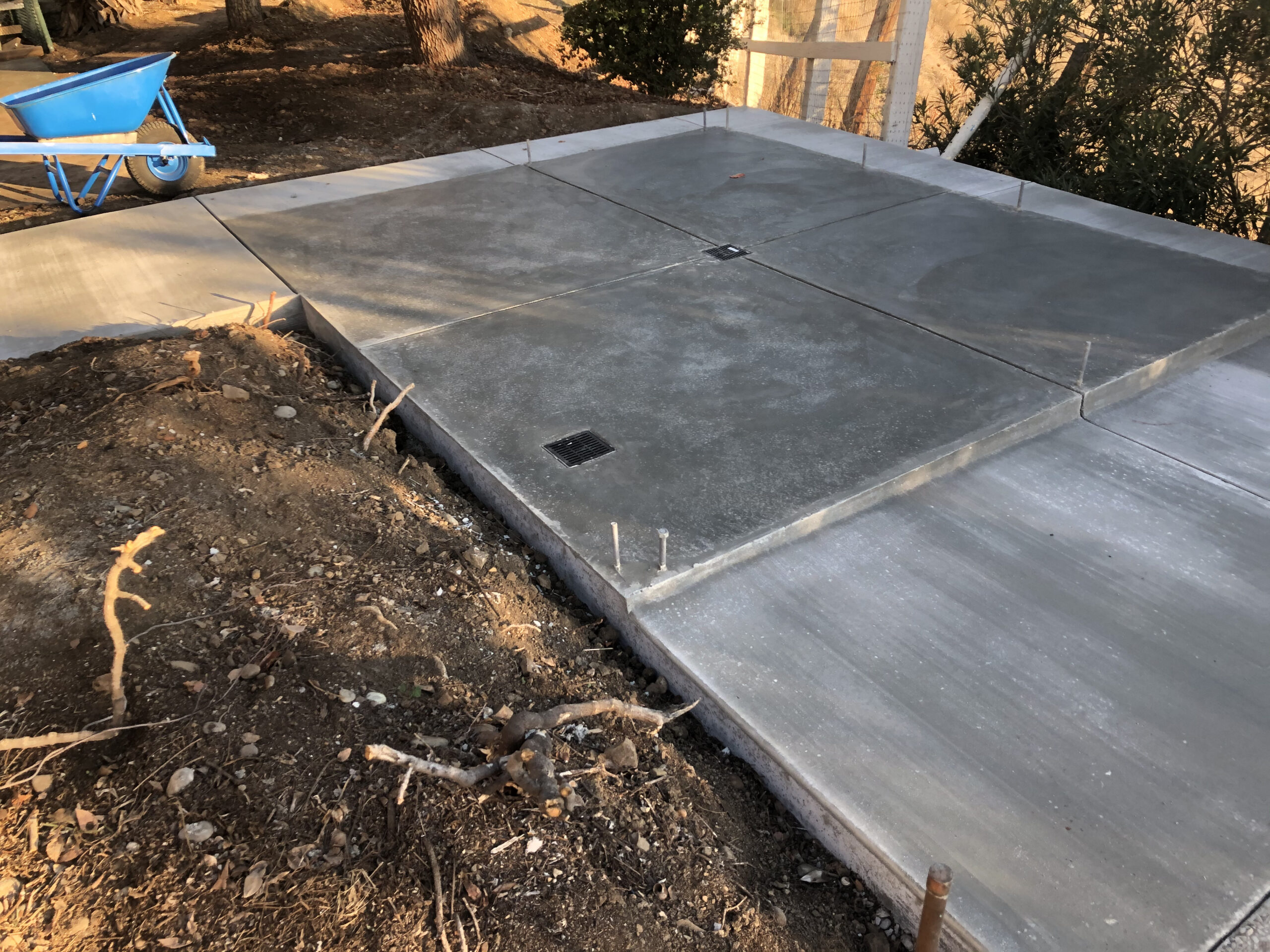 Once the new plumbing and electrical were in place it was time to get our concrete contractor back to fill in the channels he’d cut plus pour a lovely new pad for the planned shed.

First there were drain and drain pipes to put in and form work to lay. I wanted two drains inside the planned shed. One in the center and one in a corner so I could have a small utility sink. 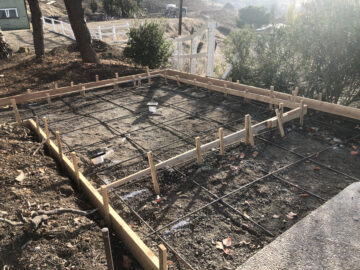 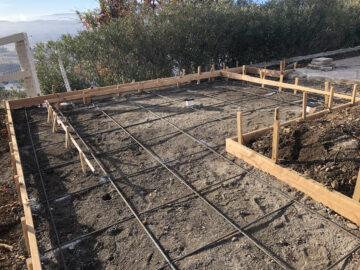 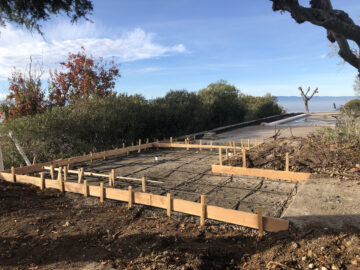 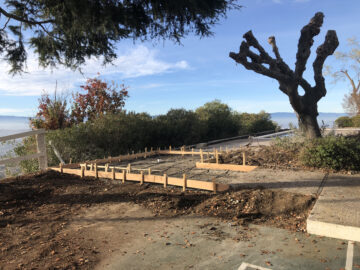 Once everything was ready, the pad was poured and graded so the area under the planned shed would drain towards the center drain while the section on the west side would be a bit lower and thus flush with the existing pad. 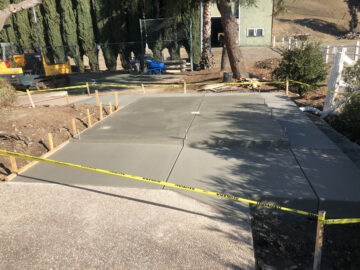 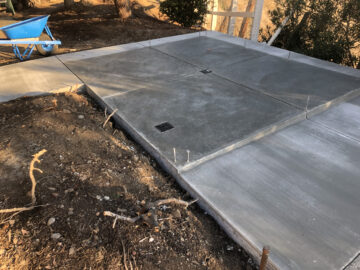 After the new pad was done the channels for the plumbing were filled in and textured to match the main pad around the pool. Where the christie box was once was then filled in with more rocks. 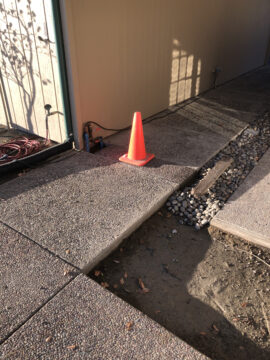 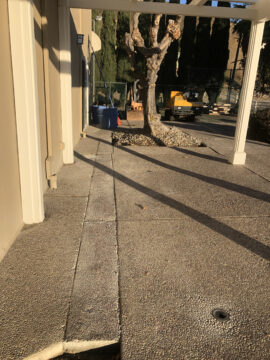 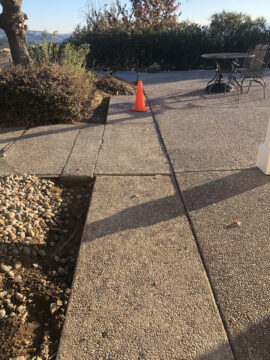 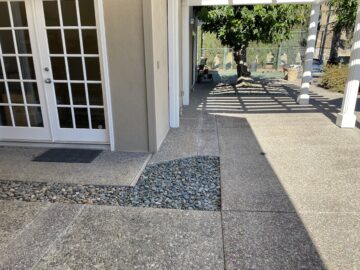 Since we were having all this concrete work done, as a bonus the contractor used some of the left over mix to repair the end of the pool cover channel. The result is much tidier. 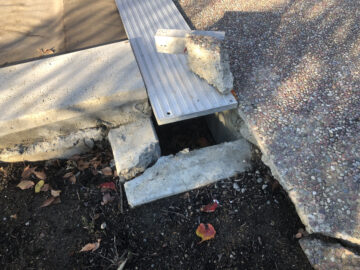 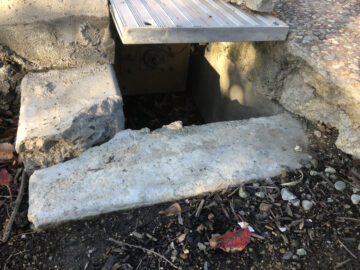 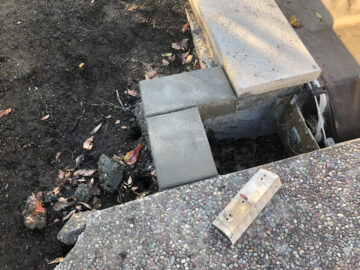 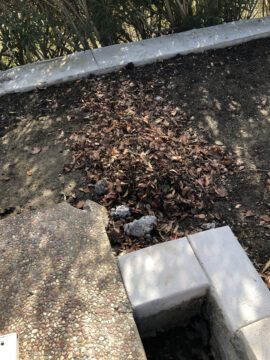 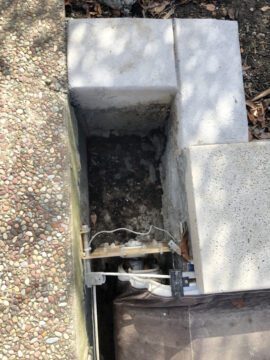 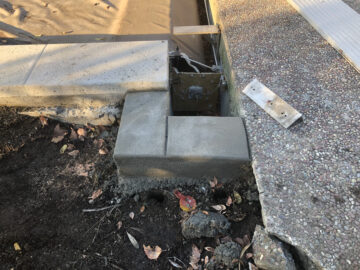