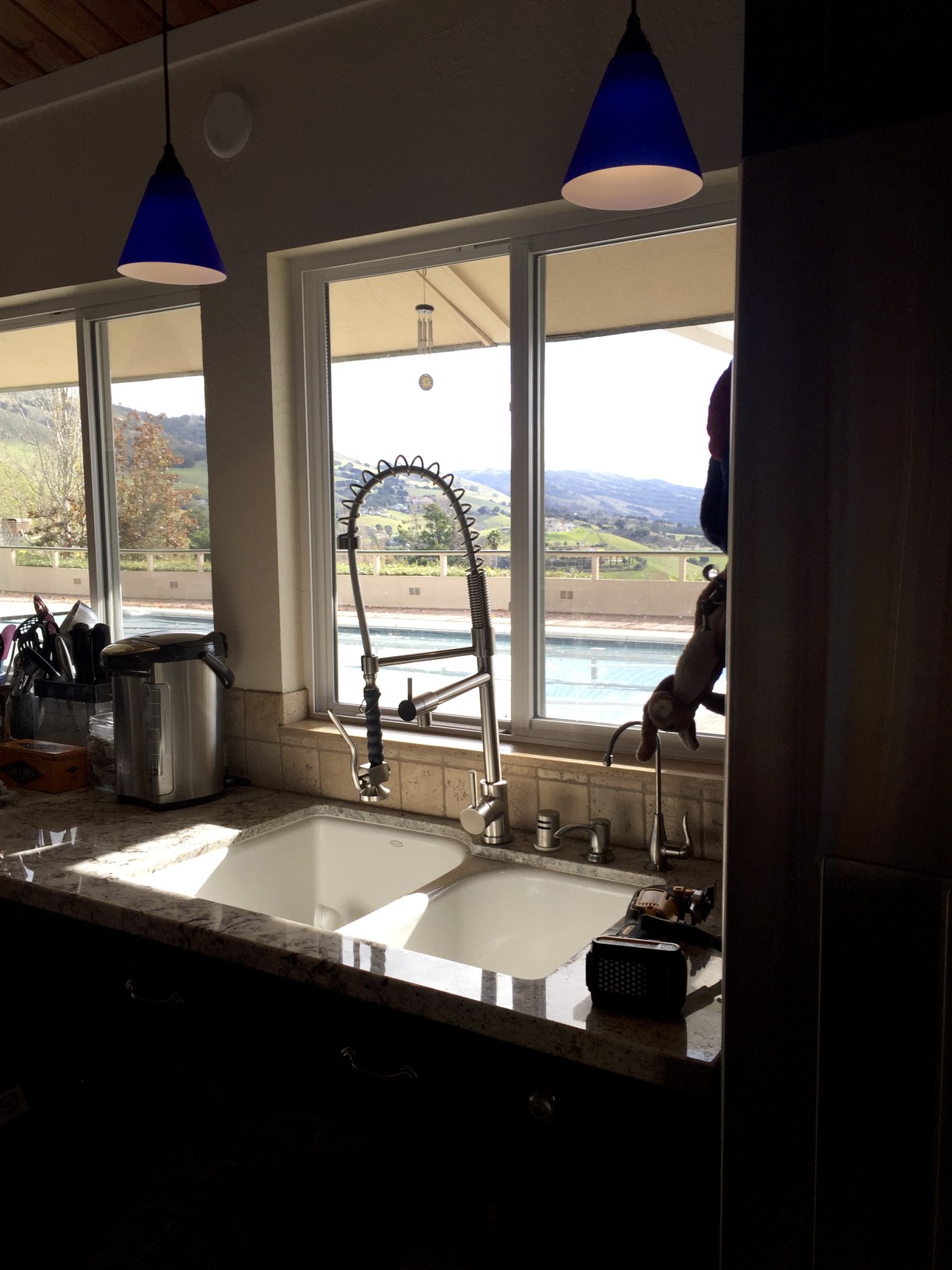 As noted a few weeks back, our new kitchen faucet ran into a couple of serious hiccups, which left us with no hot water and no clear path to fixing things. The manufacturer sent out a replacement diverter valve to try to solve the issue, and then somehow the warehouse gods pulled a few strings somewhere in the ether nether and a replacement faucet from Amazon arrived at our door step. How this happened I have no idea, since buying this particular faucet is currently illegal in the state of California.  It only took a little about three weeks, but we’re thankful as it’s the exact same model and unlike the first one, it is not defective.

Now we had originally tried to use the Amazon.com local contractor offering to get it installed.  A guy named Sonny came out and installed the original faucet and since he’s a general contractor I had him quote out a couple of other projects.  When it came time to schedule him to come back out to try replacing the diverter valve with the one the manufacturer sent us, my emails were ignored.  During all of this messy process my parents were visiting us and towards the end of their stay was when the replacement faucet showed up. So Agent Smith took things apart and determined that the diverter valve would not have solved the issue, but since we now had a full replacement unit, he swapped it in and we now have hot water.

There is much rejoicing.