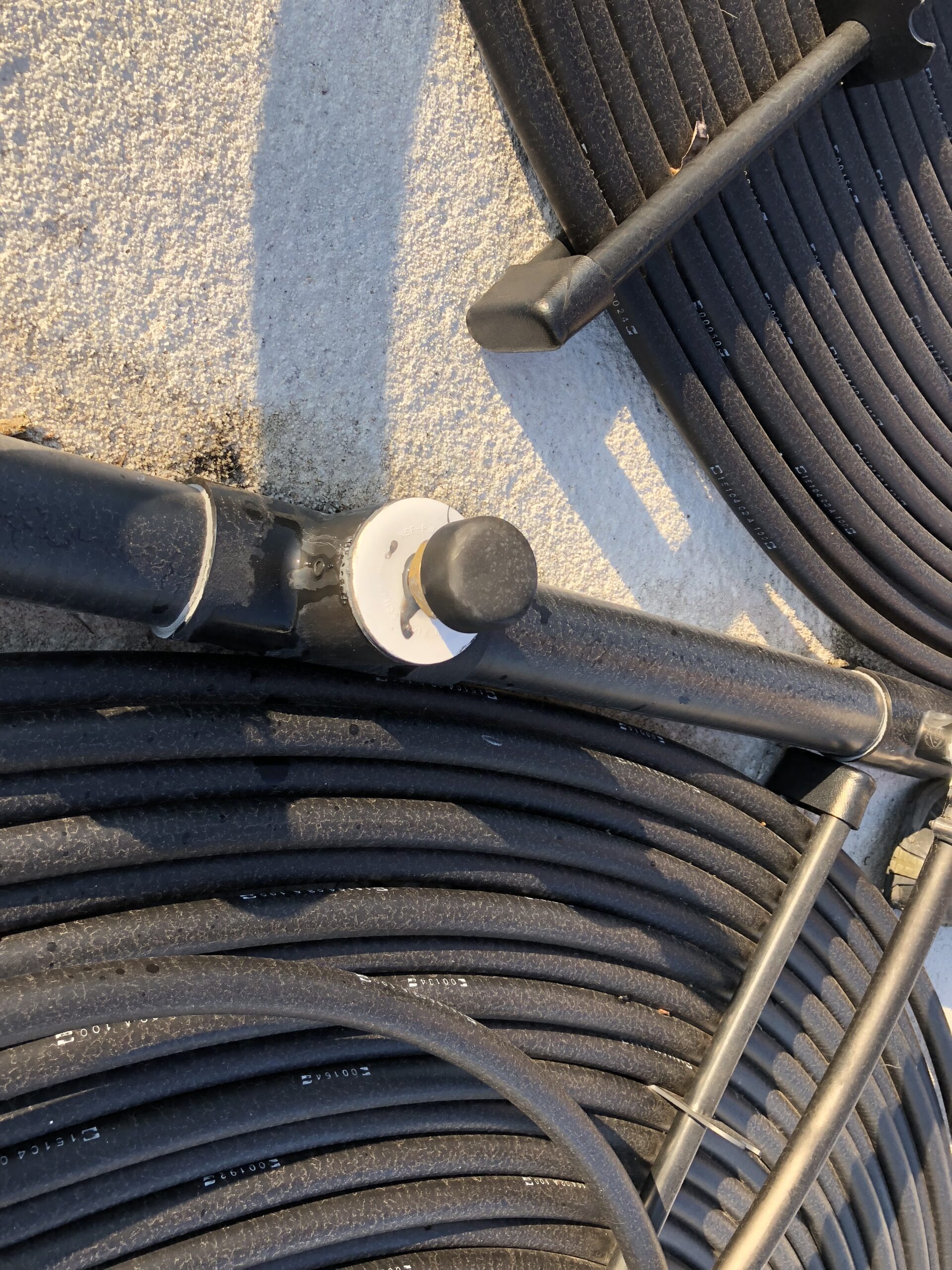 Once the dust from the furnace install settled we noticed a few new issues. Not with the new HVAC setup, but with various bits of plumbing that were leaking

To begin with our pool solar sprang a couple of leaks. This was rather disconcerting, but not terrible. The guys who handled the install (Seabright Solar) came out and determined some of the valves had failed. We weren’t they’re only customer with such a problem so once they found a better solution they replaced all our valves and we were once again leak free.

The second leak was a bit harder to deal with. Regular readers will remember that way back in early 2017 we had the driveway completely repaved and when that was going on the crew accidentally crushed our water main.

That little oopsie resulted in a very large delay in completing the project. We ended up running a new main line from the christy box just behind the garage.

We didn’t fully close over the hole for a few months as we wanted to be certain we weren’t going to have to dig things back up again.

Eventually in June of 2017 we had installed a valve installed prevent back flow and closed up the hole.

Fast forward a year and things started to leak. We discovered this because during the summer it’s very dry here and suddenly the ground out behind the garage was not very dry. When we pulled off the lid of the christy box we found it was full of water. Not a good sign.

Thankfully we have Bambi, so a little while later we had things exposed.

This is what we found.

For the time being we patched things up as best we could. A few months later, since Able weren’t available, I had another mob in and instead of just fixing the issue, we decided to go one step further. Instead of relying on a valve buried almost two feed underground and having to use a giant metal swivel stick to move the valve handle, we had a set of stand valves put in place.

Now we have the ability to shut off water to the hydrant and house independently, plus the line off to the irrigation around the big fir tree is sorted and we have an extra spigot to which we can connect a hose.

Until we get our rain water storage story sorted, this setup should do the trick, as who knows, in a few years time we may dig it all up and revamp things.

Added bonus: Agent Smith and I make a good digging team. Here’s a video of some of the excavation work.