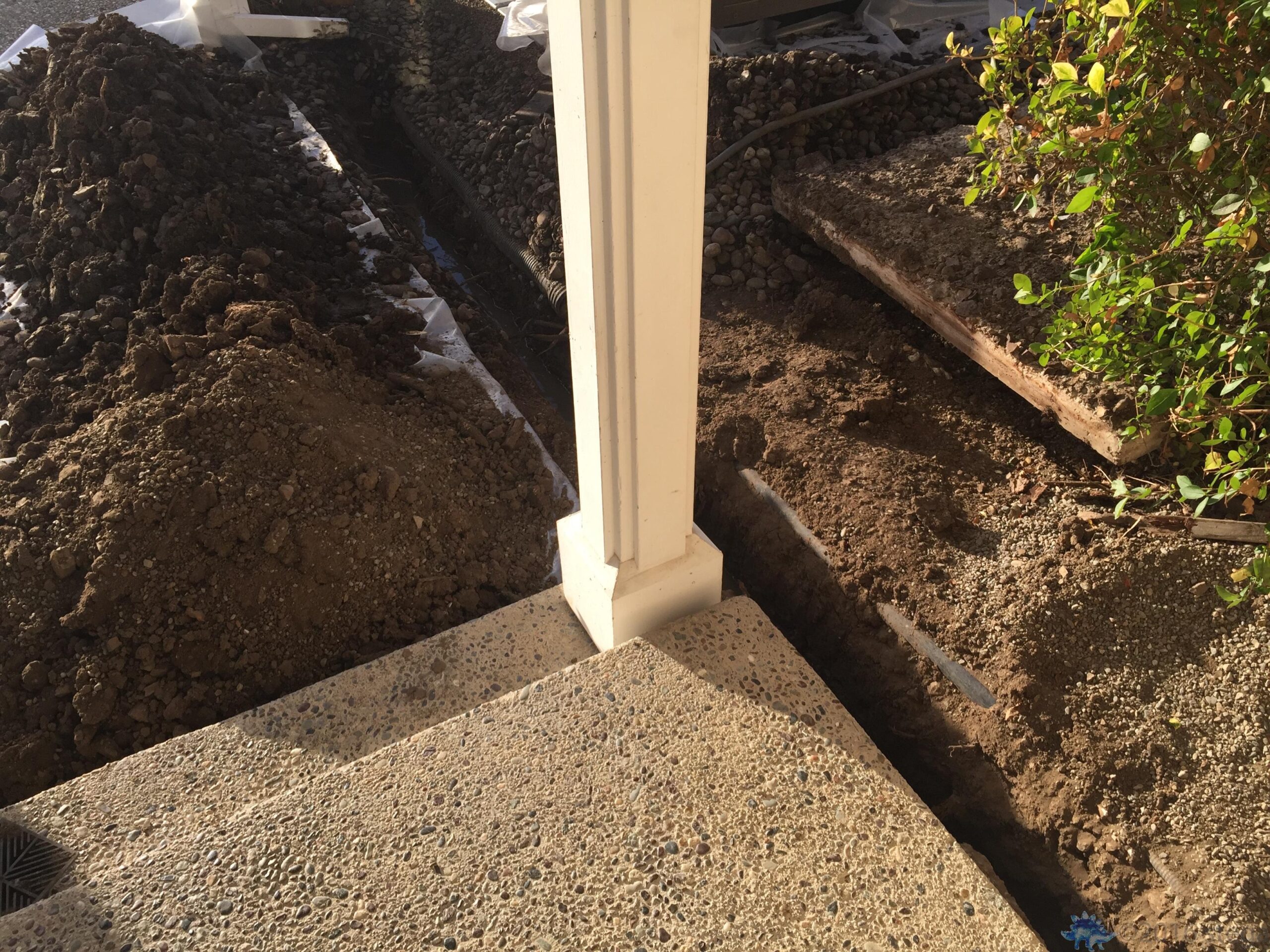 As mentioned in an earlier post, we’re in the process of replacing the antiquated hot tub that came with the house.  Now that the deck has been ripped up, we shut down the electrical that ran to it.  While doing so we found something that yet again highlights how half assedly (is that even a word?) so many things here were done by the previous owners.

The circuit to the hot tub was which of the following?

A) was the same one that powers my office and powered the dog kennel (which we demolished in October) and some of the back irrigation boxes.

C) used rubber insulated wires which then the rubber rotted away

D) the GFI outlet for the tub was around the corner from the deck, under a bush and near sprinkler heads

If you guessed “All of the Above,” have a cookie. Here’s a shot of some of the bits we pulled out.  Aren’t they pretty? So the next step after readying the pad was to find someone to help us out digging a trench for the new 220 circuit the new hot tub requires.  Way back last summer I had talked with several contractors about working on the dry rot issues we have in several places around the house.  One of the contractors was really nice, but I wasn’t sure if he was up for the job.  I did keep his card though (at this point I keep every business card I get as you never know) and I called him about digging the trench and then possible other small projects. He came out and dug a very nice trench.  He even went so far as to put plastic down on the pavers and then he made sure to pile river rocks up on one side and then dirt up on the other side so that we will have an easier time filling the hole later.  Needless to say, we are very happy with the resulting work and he’s scheduled to come back next week to redo a closet that suffered water damage when the previous owners lived here.

Once the pretty trench was done, I placed a call to the electricians (Voltz Electric) who had put in our new main panel last summer.  They had given me a quote when we had ordered the new hot tub, so it was just a matter of getting on the schedule. Schedule we did, and they came out to install a new 220 circuit off the main panel.  This required one poor soul to squirm his way under the house, as we have no attic space (this is a house designed by devotees of Nuetra and Eichler after all–although Eichler wasn’t actually an architect.) But squirm he did and the circuit was installed.

Now all the remains is to fill in the trench and add some water.  Well, that’s not technically all that remains, as we need to install the clips for the cover and get the cover attached to the swing arm so it’s easier to open and close, but if all goes well, that will be done in the next couple of days.