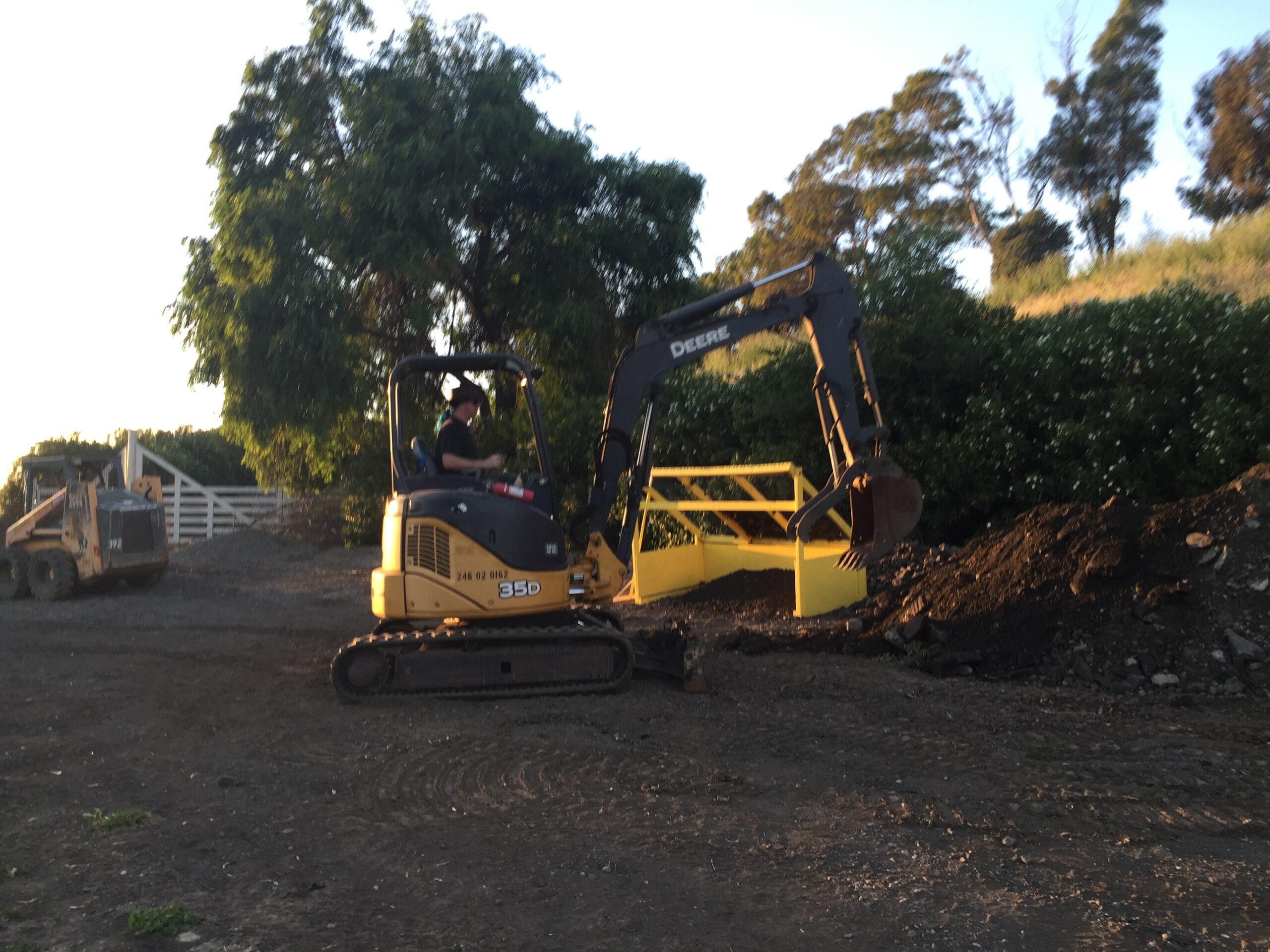 During the Great Wall project we ended up using a total of four different excavators.  We rented two, one of which pooped out on us and had to be swapped and because of difficulties with the firm we had contracted there was a period of a week when we had thought we wouldn’t be able to complete the project and thus we had turned our rented excavator back in to United Rentals but then we needed one in a pinch so the construction firm “lent” us theirs for a day.  Then said construction company got some of their act together and we had almost complete engineering plans and Agent Smith Senior was able to extend his stay by another 3 weeks, so we rented another excavator to finish the job.

All told we spent enough money on excavators rentals (that lending wasn’t done freely by the construction company) that in the end we could have owned half of a used excavator.  Thus Agent Smith started shopping around the used machinery markets (which means predominantly scouring Craigslist on a regular basis) and eventually found a mob based on Treasure Island that deals in such useful things.  So one Friday afternoon we drove out and looked over their offerings.  We ended up buying a John Deer 35D and it was delivered a little over a week later.

We have named it Bambi.

Oh and since of the delivery guys had brilliant blue hair, we had to document that too!