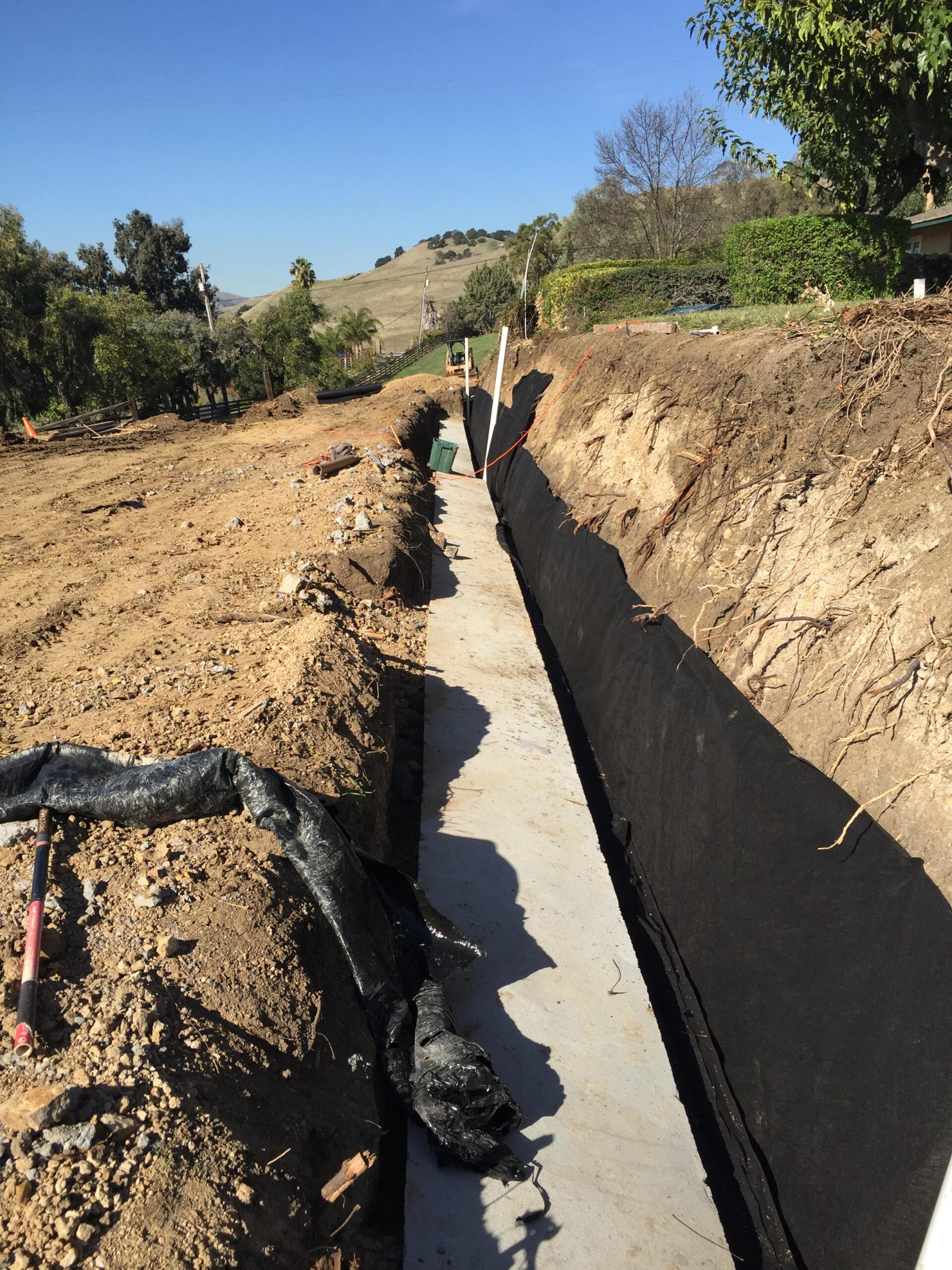 Regular readers will know that a few posts back I mentioned that once Agent Smith’s father, our excavator operator and general project manager flew back home there was unforeseen hiccup with the wall project.  This hiccup was that I, just when I needed to be at full strength to finish things off, fell ill with a cold and was stuck in bed for four days.

During that time the wall was actually finally built.  The blocks were laid in place one by one.  We rented a second smaller telehandler to handle placing blocks at the south end.  We purchased and had delivered 60 cubic yards of drainage gravel to be used behind the blocks as well as a large amount of drainage cloth.

I was so ill at this point that I only got out of bed when the delivery trucks were here so that I could sign the receipts. It only took the crew a few days to lay all the blocks into place as once the first row was laid out things went quickly.  That bottom row was difficult as placement required a lot of trial and error for each block.  Since these things fit together, getting them just right was crucial.  Still on the evening of November 14th, we almost had a finished wall. The crew returned the day after these images were taken and placed the final blocks and after nine weeks we had our replacement wall–almost.