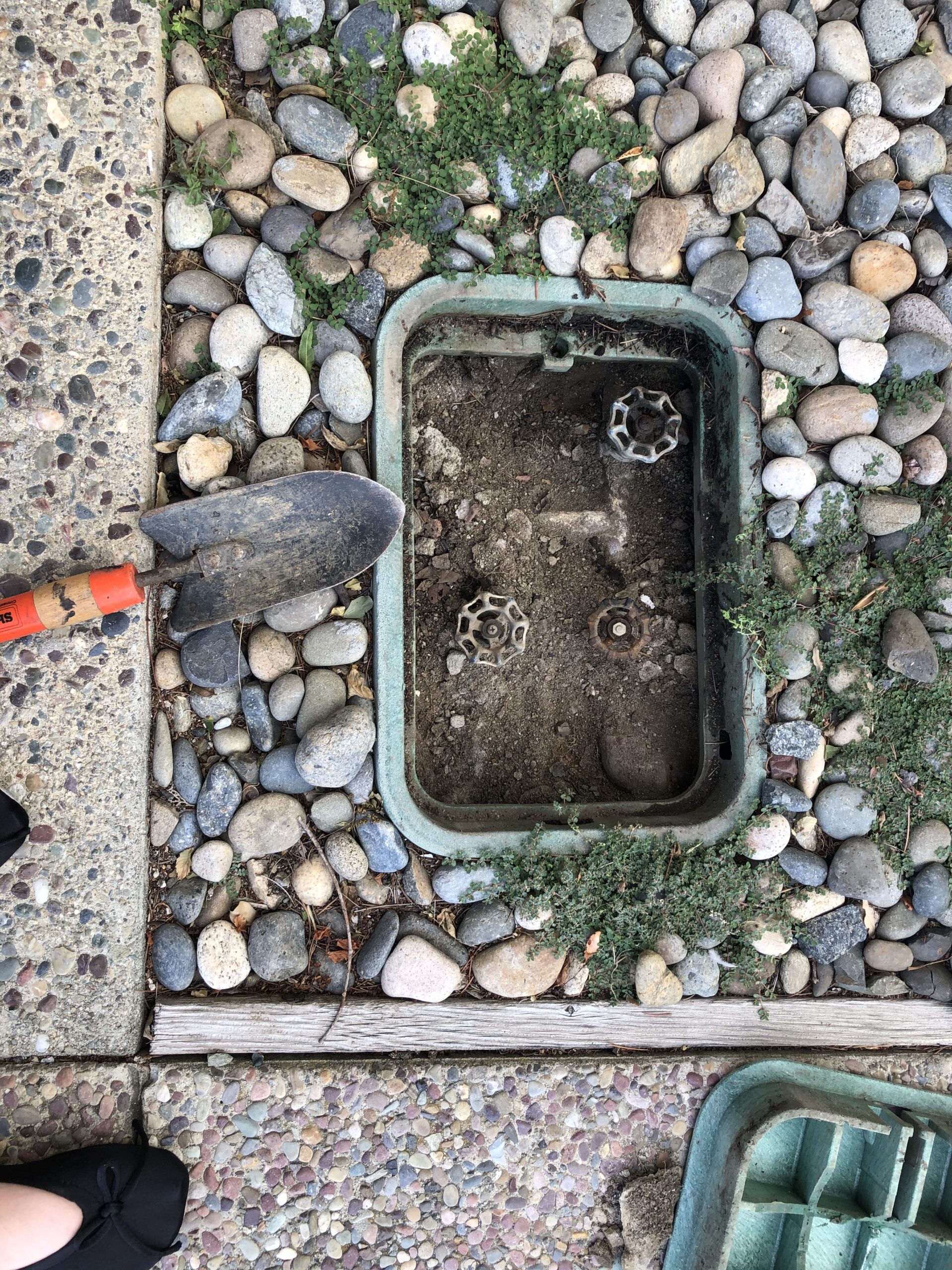 A super cool thing Agent Smith has created for the pool is documented in the below image.

That black dot is a simple pump in the middle of the cover and it takes rain water that collects on top of the cover, pushes it through a filter setup and then into the pool to top it up. These means that now that the annoying leak is fixed, we only had to run a hose over to the skimmer to add water a few times during the dry months these past two summers.

Since the above photo was taken another change made was that in the winter of 2019 we yet again replaced the pool cover: all the wear and tear (as the cover was removed several times due to the balcony renovation and then the full resurfacing project) meant that we had a couple of annoying holes that simple patching couldn’t address. Thankfully the company we contract with for the cover has a good rebate program if a cover doesn’t last its full expected life, so a new one wasn’t a big deal. This time we decided to go with brown as it shows dirt far less.

A third even cooler update, and an interesting sneak peek of an upcoming story to come, is that just two weeks ago we made another quality of life improvement, and now we no longer have to run a hose over to the pool in order to add water.

This relatively small item was tacked on to a much larger project we’re still in the middle of, but back in June of this year we ended up sorting out what the function was of the various valves in the Christy box outside the French doors to the studio building.

Here’s a shot of what was in the box: the top right fed the studio building, the bottom right fed the line we needed to replace as part of the larger project and the bottom left was not functional. While we were investigating we a) had to remove a confused toad that was not pleased we were invading its home and then b) figure out if the pipe hole on the inside of the pool just an inch below the coping was indeed a fill pipe that had once been connected to the lower left valve.

Both endeavors were successful: the toad was moved to safety and we could send water into the valve assembly and make it come out in the pool, so we thought it would be worth our while to investigate
reutilizing/recommissioning the pipe running from this box through the concrete to the pool. At the same time we made the call to decommission the Christy box and thus avoid more potential flooding the studio building, as we discovered that line from the upper right valve is still active and the contractor I had asked to cap it off property when we had to renovate the studio due to the flood, did not apparently do as I had asked. /sigh.

I called my favorite plumbers (Able Plumbing — the same mob that that did our septic install and north wing drain pipe work,) and they came out one morning and ran a new water line out to where the wee potting shed was, as that was what actually kicked off this mini-project in the first place. The pipe that was buried in the concrete out to the far end of the pool patio had rusted out and since that is the one exterior spot away from the house where we do actually want a water source, it need to be redone. Thus, at the same time the guys from Able were putting the replacement line, they patched in a second run to the fill pipe. Both “new” lines have vacuum breaker valves and are flush with the side of the house, so no worries about back flow and no more annoying Christy box.

Here’s a shot that in the lower left corner you can just see the original valve that fed all three lines out of the Christy box.

And here’s a shot of the super spiffy new valves in that same location.