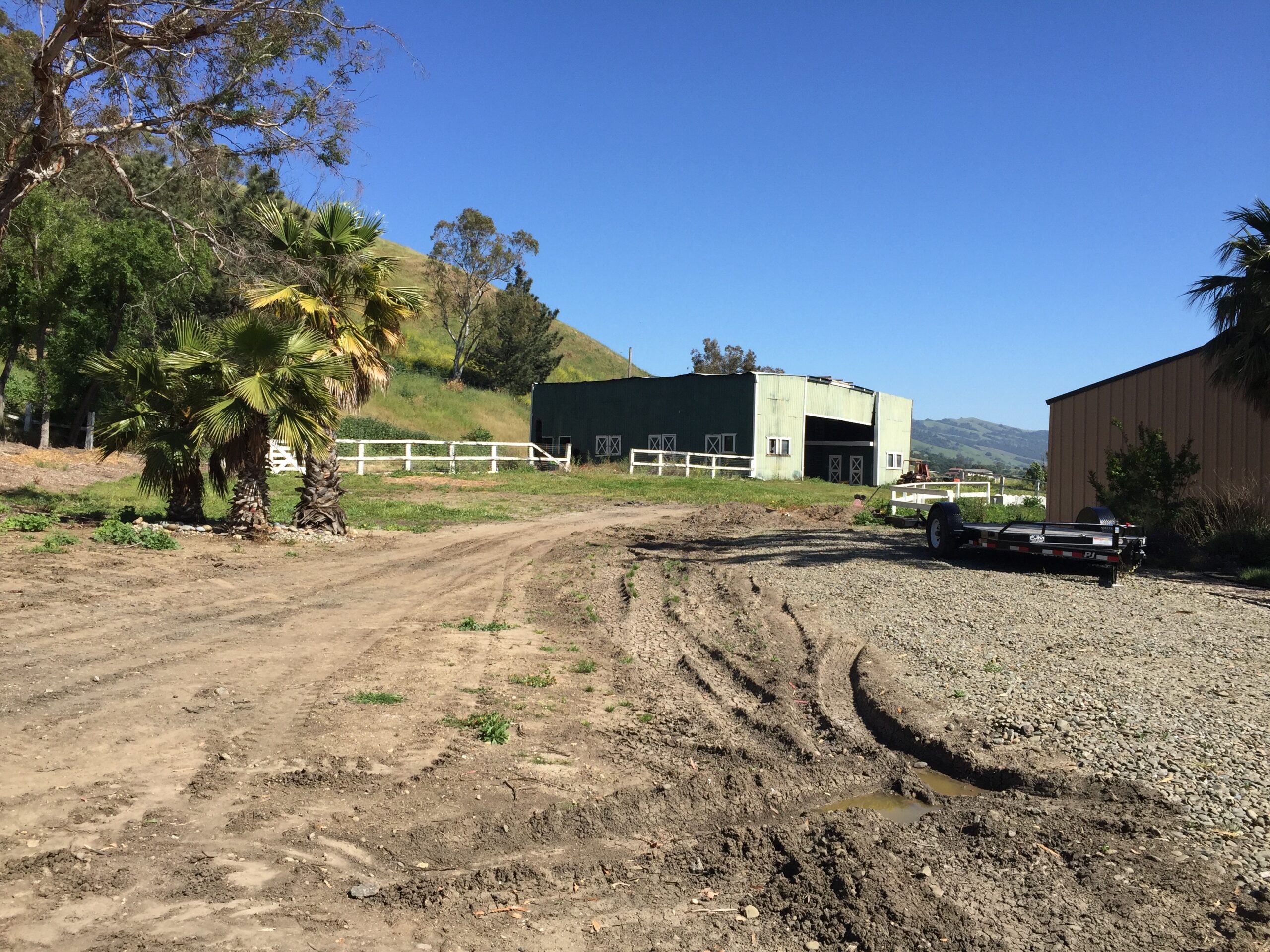 Last winter when we had the driveway repaved, we made the decision to retain the rubble from the old driveway (commonly referred to as spoils.) We ended with two very large piles, but making use of the bits was complicated by the fact that it was composed of large chunks, smaller rocks, and a then a lot of finer grade particles.  Thus making use of the stuff meant we need a way to separate the three different grades.

Enter Agent Smith.  He made up some drawings and then went out and built a sifter.  Apparently it is possible to rent these things but seeing as we had spare lumber and wire with which to make the screen, it was cheaper to just build it here. Here’s a shot of the finished product in use. Once it was in place we began the process of breaking down the pile seen below.  It was original close in size to the pile in the pic above.  Giggles The Skidsteer proved quite useful and I learned to drive it by scooping up load after load of spoils and dumping them down across the back of the sifter.  Then when the bottom area of the sifter was full, we’d scoop up the finer bits and move them into the floor of the stables where we spread them out to provide a better level surface in there.  Tony (the big tractor then just rolled over the stuff and compacted it back down.  While not a perfect solution to stopping weed growth and leveling things out in there, it’s definitely improvement.

Also learning how to competently drive Giggles has meant I can get lots of stuff done all on my own now which has sped up a few projects. We also took some of the spoils down the hill into the south pasture.  Erosion has caused some slips along the track up through it and so later this summer we will use this pile (which is now much larger) to reinforce areas. Of course shifting the big rocks out of the remaining pile will require using Bambi The Excavator, but it will be a great training exercise as picking things up and putting them down takes practice to do well.