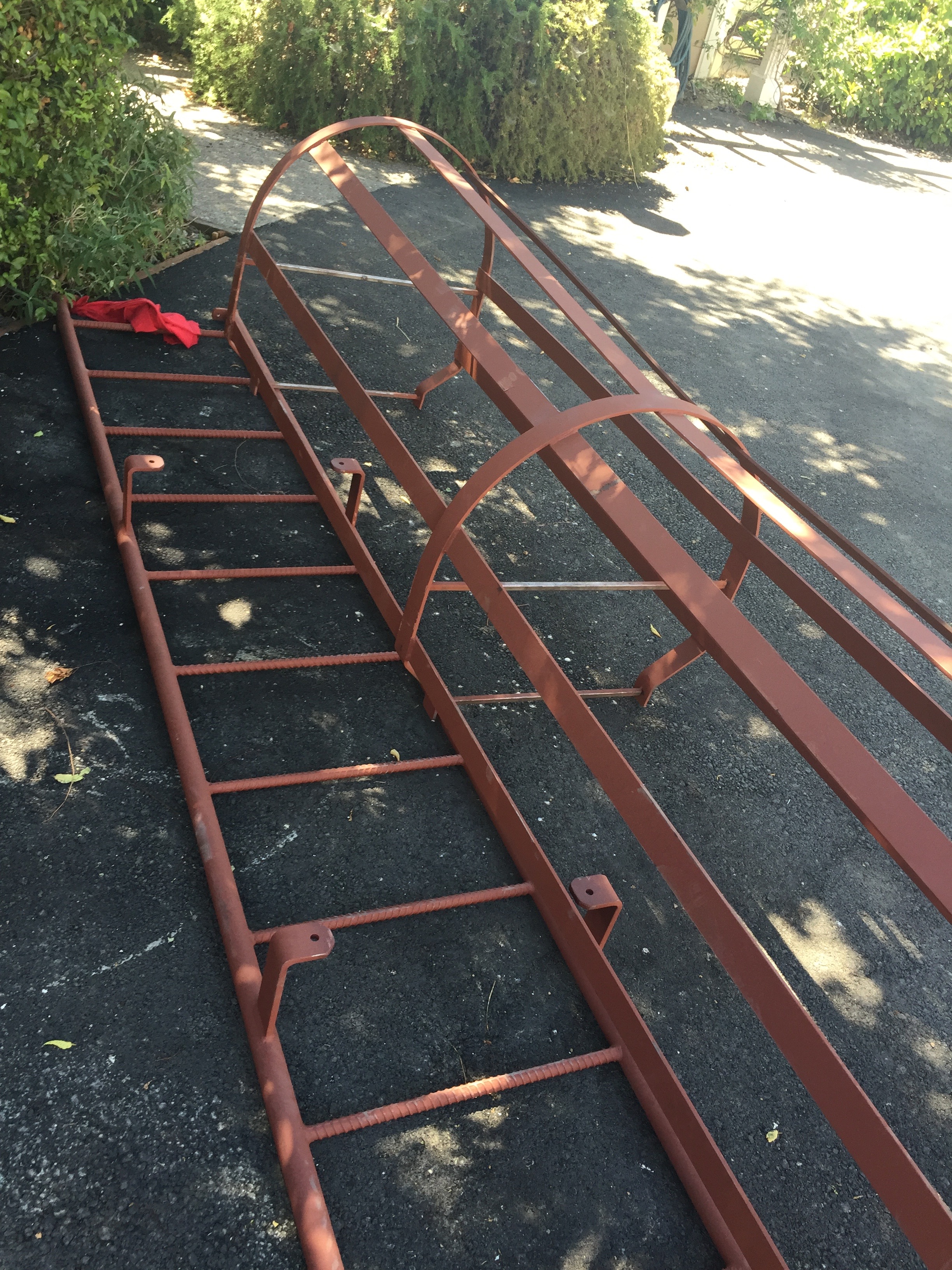 It took the crew from F & F steel three days to get the ladders installed.  They started off my getting the new ladder for the great room room up in place next to the old one.  Originally we thought they might have to bring in a crane but the three guys managed to man handle the very heavy ladder into place on their own.

Once the had it in close position, they cut the old ladder off the brackets.  A saving grace on this project was that they were able to reuse the existing bracket that attached the old ladder to the wall.  This meant they didn’t have to excavate huge portions of the wall to locate the studs.

The guy who had come out to do the measuring had specifically taken into account the existing bracket so the new ladder had been manufactured to attach to it.  Thus it was then a “simple” process for one of the crew to hang off the side of the building and weld it into place.

The welder the used would make my father (a welding engineer) proud.  Here’s a shot of it and then a shot of our own little unit that comes in very hand for all sorts of projects here at Purgatory.

Here’s a vid showing just how slow and methodical the crew were about getting things attached properly.

The ladder on the studio required a bit more work on the part of the crew.  No bracket already existed and that coupled with annoying location of the existing ladder led us to make the decision to have the new ladder installed on the other side of the building.  This mean the ladder could then start at ground level, but it also meant the ladder and it’s cage were simply mammoth.

One happy circumstance that resulted from the great flood of 2017 was that the studs were easily locatable as the drywall on the inside of that exterior wall had to be removed.  This allowed the ladder to be manufactured to work with the existing structure and no extra demolition was necessary.

Here’s a shot of the lower section of that wall so you can get an idea of what I mean.

After the first day the ladders were in place and then it came time to get the massive cages attached to them.

Soon enough though everything was welded into place and all the remained was to paint them….