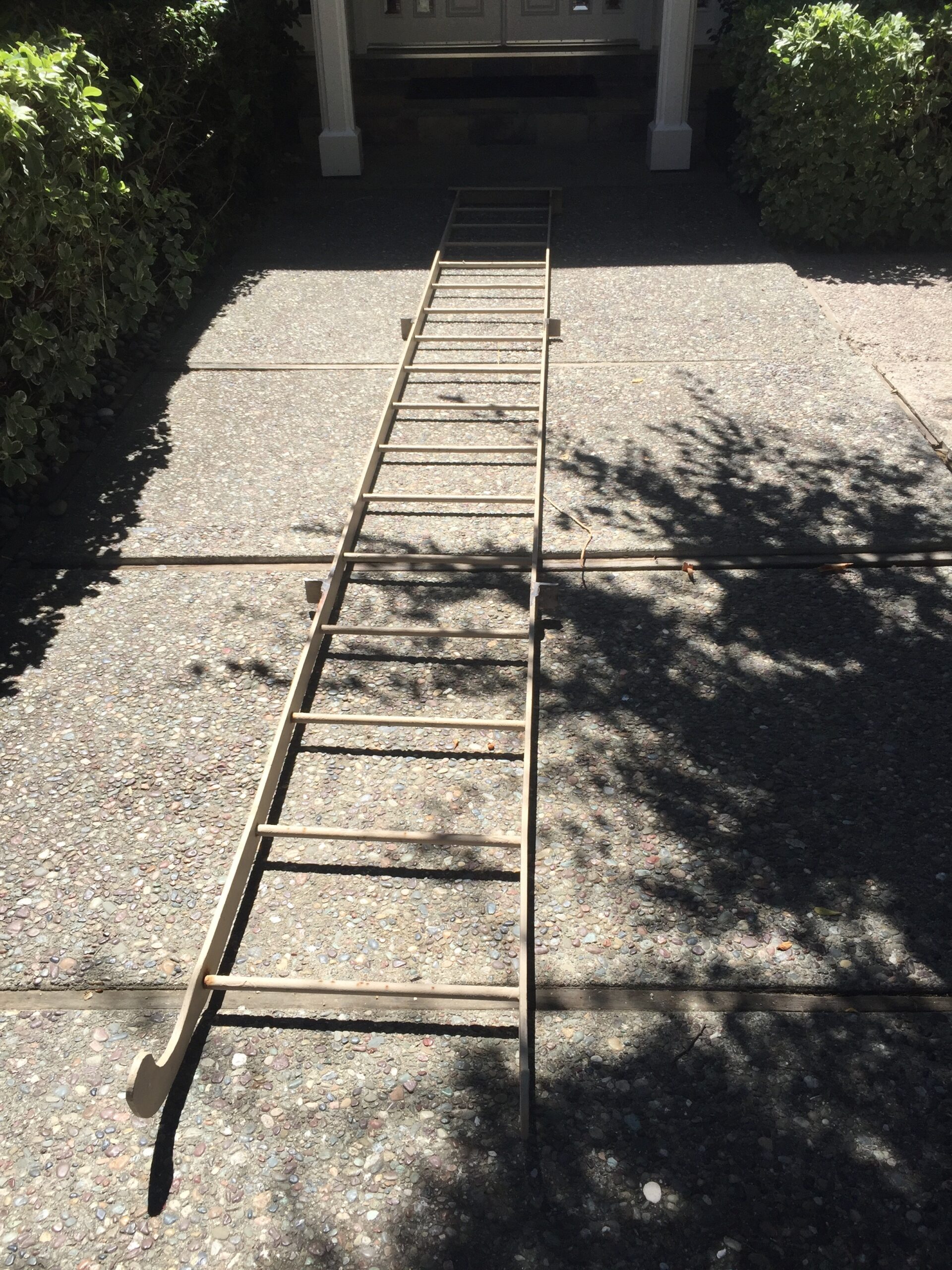 One of the more odd bits about the house here at Purgatory is that there are two cubes that are part of the residence.   The first is the “great room” which measures approximately 26x26x22 feet and the second is the Studio which is actually a separate building with noheat and no water (sort of).  The great room connects the two sections of the house: the north wing of bedrooms (3 rooms plus the alcove that is now the boys’ space) with the south wing comprised of the kitchen and what was a mudroom and garage but is now additional kitchen space and a large office area. The Studio was built upon the site of the old pool house but apparently the POs had much grander ideas and thus the structure is 33x19x17 feet.  (And at the time of writing this there’s nothing in that building thanks to the great flood of 2017.)

The problem though is those very high ceilings in both spaces.  Access to the roofs when we moved in was via a fixed vertical ladder attached to the side of each structure.  Both ladders though had serious safety issues.  To begin with neither ladder actually crested up and over the parapets.  Instead one had to get to the top of the ladder and then carefully hop over a three foot wall.  Thus getting down off the roofs was not something for the faint of heart to undertake.  In addition one of the ladders had a loose rung near the top and the other just always felt like it was going to fall off the side of the building when one was using it.

A new project this summer was to find a contractor who would install proper safety ladders.  Now while there are a few outfits that manufacture to spec ladders like we wanted, it turned out getting a contractor who understood what we wanted, what was needed to accomplish the goal, and who also worked in the residential space was actually the hardest part of the entire project.  I tried getting a recommendation off NextDoor but when I called the one mob (F & F Steel) that was recommended they said they couldn’t help me.  Add to this the fact that no residential contractor I talked with had a clue, so I went searching for a commercial contractor since many commercial buildings have the type of ladder we wanted.  After a handful of fruitless calls I finally found a very helpful guy named Steve from Swenson Construction who said “send me pictures” which I promptly did.  He said “You need F & F Steel” to which I replied “They said they can’t help” to which he replied “Let me get you to the right guy.” Low and behold a day or so later, a guy from F & F called and said “We’re sending someone out to you.”  A few days later we had everything measured and quoted and a contract signed.
At that time we decided to relocated the ladder on the studio building as not only was the existing location annoying to reach since one had to step off of the roof of the house and onto the arbor above the French doors that lead into the building, but the location of the ladder meant installing any sort of awning to shield the doors from rain.  While these doors are now in a nice metal frame that isn’t about to rot away like the original one the POs put in, keeping water away from them is still something we want to accomplish especially now that the building is being completely renovated thanks to the great flood of 2017.

A few weeks the ladders were completed and a crew rolled in to Purgatory and got to work.