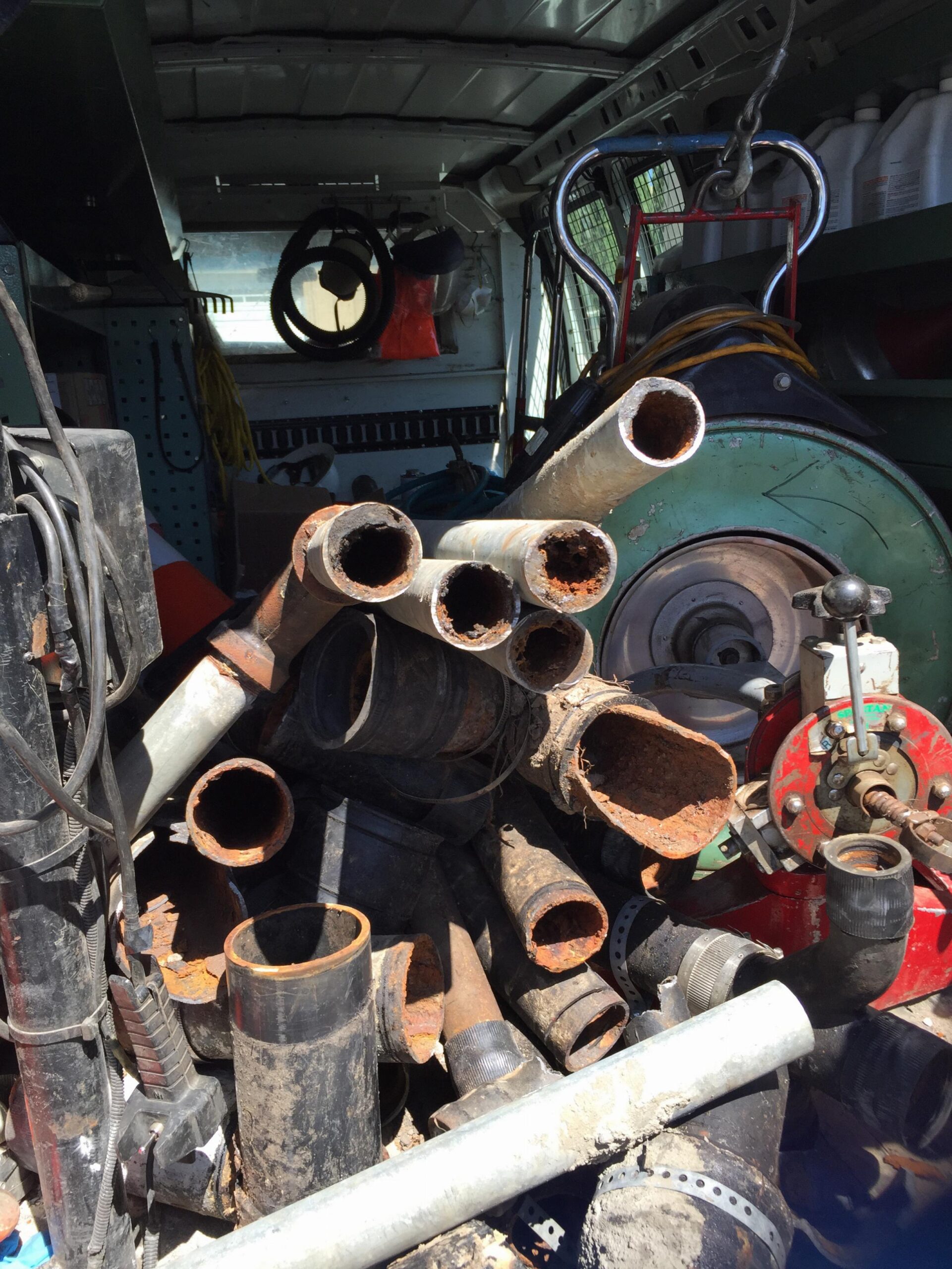 One thing that came up during the house inspection when we were in escrow was the state of the drain pipes servicing the kitchen and laundry.

I ended up using Rescue Rooter Plumbing based on the recommendation of someone.  They came out to start the work last Friday, but the lead plumber discovered shortly after climbing under the house that he was too big for some of the more narrow spaces under the house and would be unable to cut the pipes and remove them.  Thus they rescheduled me for Tuesday when one of their smaller guys would be available, only they didn’t show which annoyed me greatly.  They called 15 min before the set time to reschedule again, and so today the work finally got done.

I do not envy the two who did the work.  It was hot on the hill today.

This is what our old pipes looked like.  Pretty gross.