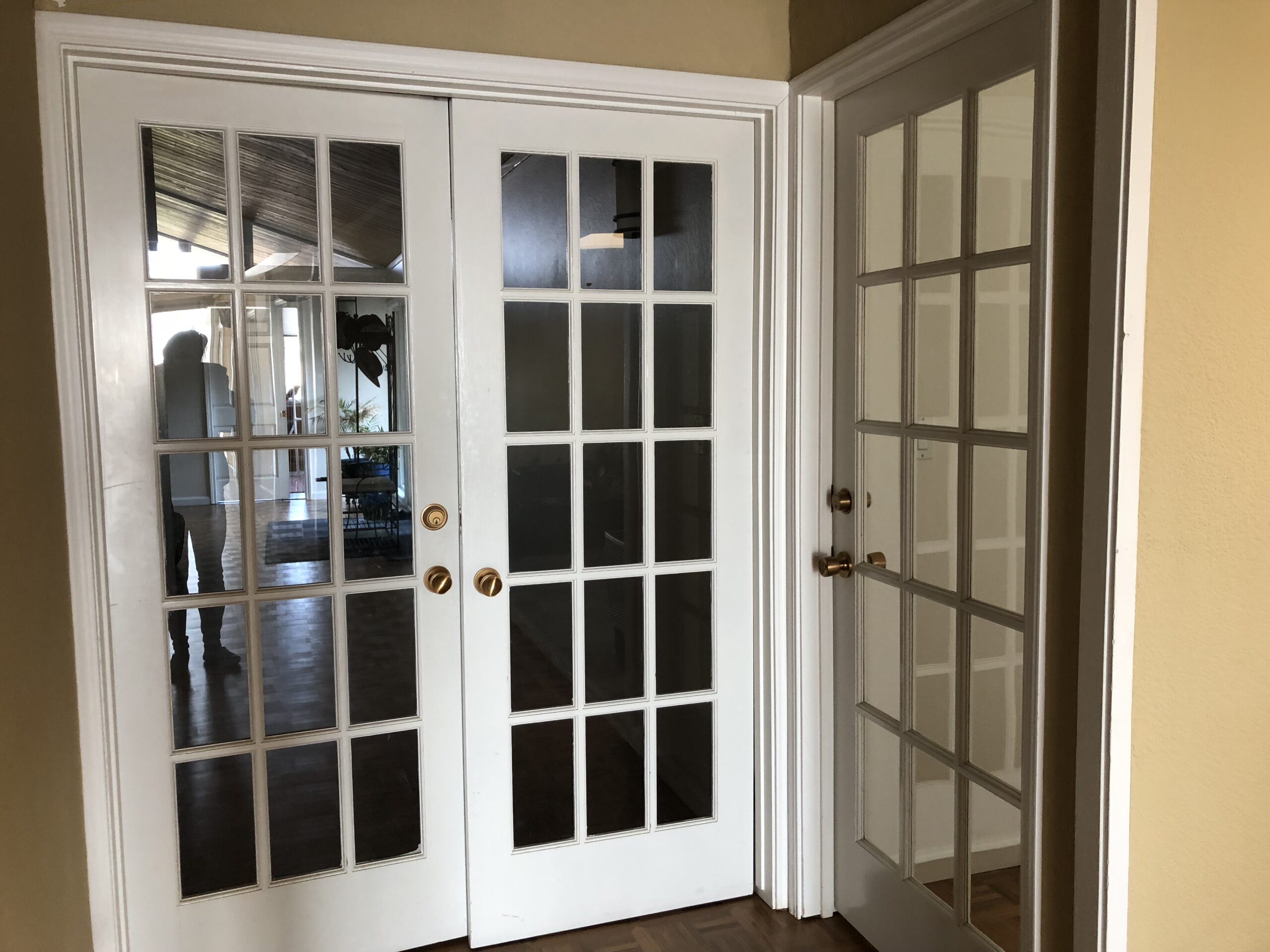 Our house is now over 50 years old. While not old compared to many other buildings, it is old for up here. There are at least two abodes lower down the mountain that are a decade older and two below them that the were built in the 20s or 30s, but our place, which originally was accessed via the low road is one of the oldest of the 45 or so places up here.

While it is built on a pretty natural plateau, the pad on which the house sits is compacted fill. Thanks to the bore studies we did as part of the wall replacement project we know that there has been only about a 1/2 of settling since the house was built.

This does not mean everything is perfect. The one rather annoying thing about having a wooden house built halfway up a mountain in a climate that has dry summers and wet winters means that the house changes shape throughout the year. This is particularly noticeable in the foyer where a set of French doors separate the north hallway from the rest of the house.

Thankfully this is the only spot in the house that has such major shape shifting issues.