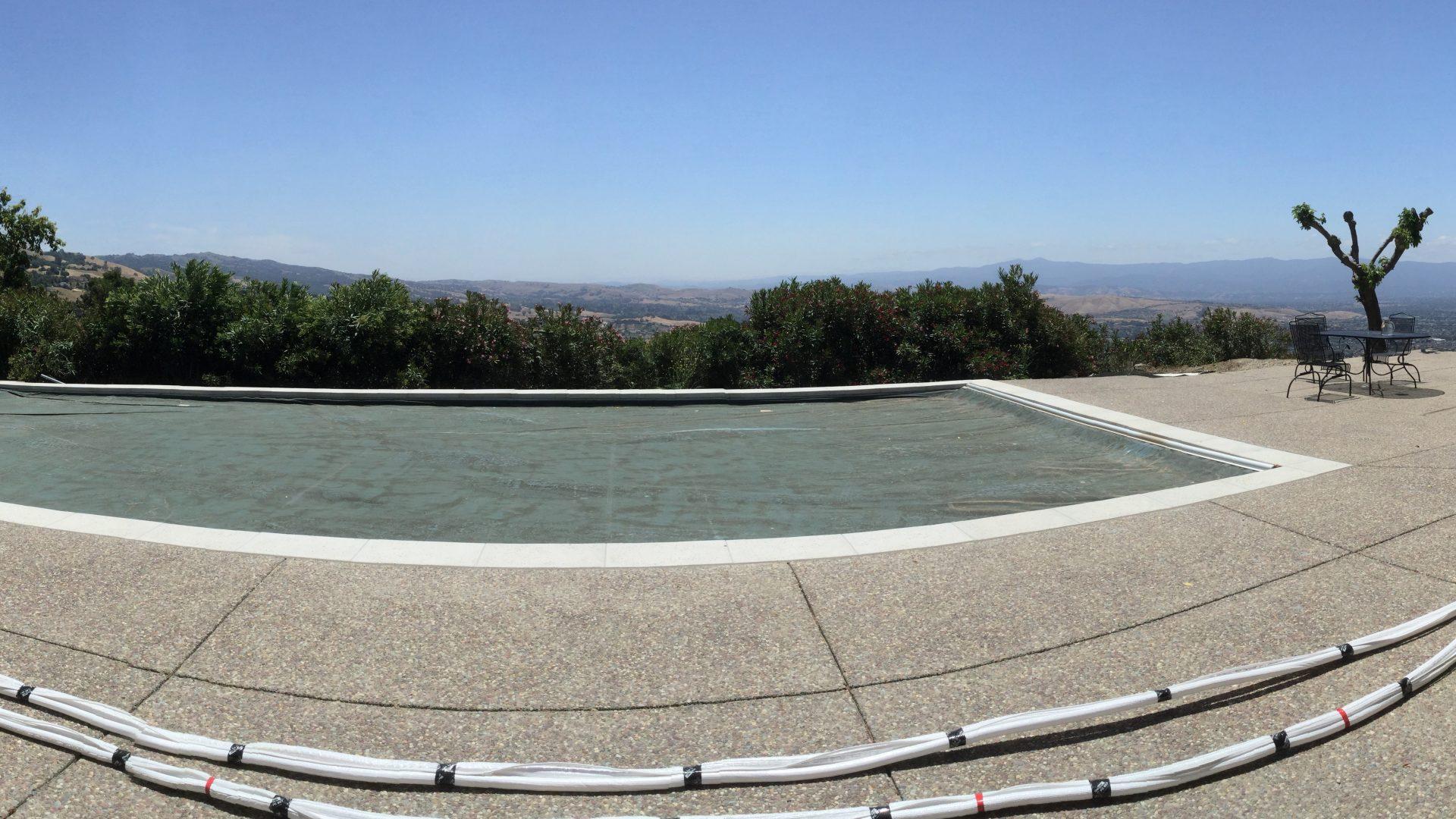 After a full 7 days of very hard work, the crew from Ventwerx were finally done with the demolition of the old furnaces and getting our new Fujitsu units installed and running. If you missed the last six posts about this project, that does sound like an extremely long time, but a good half of that time was spent ripping out the old 50 year old diesel setup that the house was literally built around.

They were a great crew, and as such we actually took a picture of all of them after they packed up and were ready to head to their next job. A testament to how much we liked them, I can still remember all their names.

From left to right in the above picture are Jose, George, Bull, Mikey and Alex. (I do hope I remember them correctly.)

Since this project wrapped we only had one minor issue which was actually pretty amusing. We didn’t use the unit in the guest room for a couple of months as after this project wrapped I took the opportunity to paint the guest room walls (more on that very soon) and so our first house guest ended up sleeping on the guest bed when it was in the downstairs of the great room. Something said guest found quite fun as there is quite a bit of privacy from the rest of the house in that part of the space since it’s down three steps and the central chimney column and hearth wings act as partial walls. It wasn’t until a friend from Texas was staying over a few weeks later and turned on the AC in the guest room (by then I had finished painting everything but the giant tree in there — more on that soon too I promise) that he discovered a most peculiar smell. It was quite sewery in nature and didn’t seem normal.

I made a call to Alex and he dispatched George who checked everything over and couldn’t find anything wrong with the wall unit. So George called Bull to ask if Bull remembered connecting that unit to the sewer line with a p-trap. Turns out that since that is the only unit out of the 9 that was not going to vent its condensation to the sewer, it got missed. So George got to venture under the house for a few minutes of tinkering and a wa’la — the next time we turned on the AC everything drained properly.

It’s been almost two years since then and very smooth sailing.

A couple of days later a couple of dry-wall guys arrived to seal up all those holes in our walls.

They did some extra patching for me in the boys’ space and cleaned up two of the holes I had tried to patch using that mesh stuff you can buy at Home Despot. Word to the wise, don’t use that crap. Go out and buy yourself a small piece of actual dry wall. Then go on YouTube or your favorite DIY site and learn how to easily cut a drywall patch and slip it into the gaping hole you wish to fill. Anything the size of my fist or bigger….and I have tiny fists.

The drywall guys also patched up all the holes were the return vents once were.

Not to mention where the old thermostats once resided.

In our bedroom, they not only patched up where the return vent once was and the big hole made during install, but they also filled in the holes left by the previous owners who once had a giant flat screen on the wall in case they had to leave the master bathroom where they had another smaller one mounted. I kid you not.

Once the patches cured it was then super easy for me to paint over all the patches and it’s now as if there were no holes of any sort in the walls ever.

The exception to this is our bedroom. At the time of writing this, our room is still the same horrible pukey brown color that most of the house was when we first moved in to it. And we still have white drywall patches that definitely stand out, but our room is now the last room in the house that needs “seen to.” We have some rather extensive plans for it compared to what we’ve done elsewhere. Nothing super extreme, but if all goes well, we’ll be turning the closet hallway that leads to the bathroom into a proper walk-in closet and changing the layout of things a bit.

So thus concludes the almost-epic tale of the furnace replacement project. Next up, well….there was a bit of an aftermath.