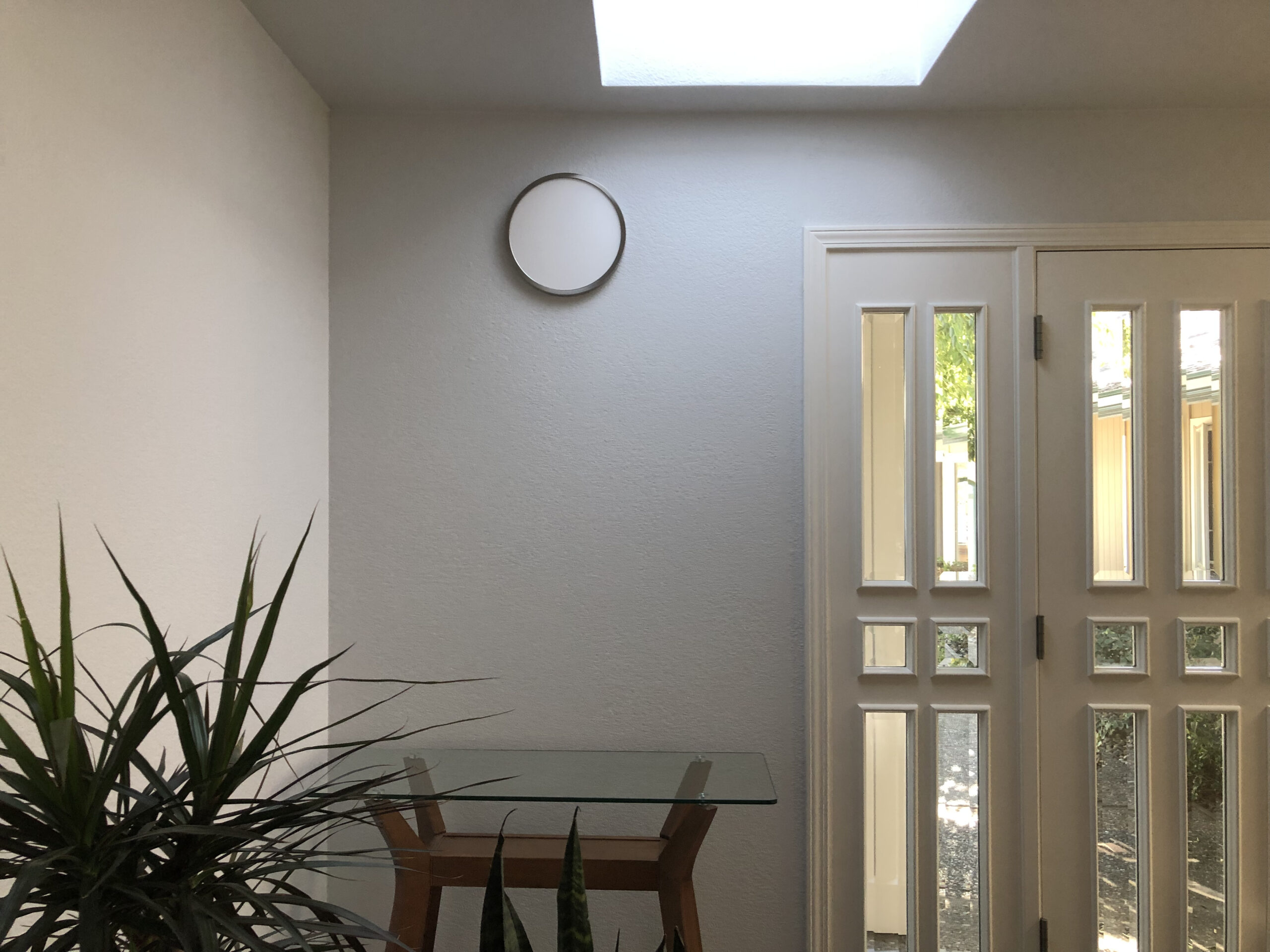 Back when we had the main electric panel redone, we made the call to decommission the monument outlets in the Great Room and outside areas. We knew there had been at least one fire in one of them, so we sealed up the ones in the downstairs area, and when the floors were refinished the ones up stairs were filled in properly along with the furnace vent holes. Those weren’t the only holes in the room we made and then filled. I decided that the three sconce lights in the Great Room were dumb as Agent Smith had come up with a better way to light the space.

Thus, before our painter got to work, Agent Smith pulled the three sconces out and, since I wanted to replace the two in the foyer, those went as well. Never fear, I re-homed them via Freecycle.org.

While we completely deleted the three lights in the Great Room, I found some nice dimmable LED lights that can be mounted horizontally on the ceiling OR vertically on a wall. Best of all, they are simple circles.

Then it was time for some ambient lighting in the great room….