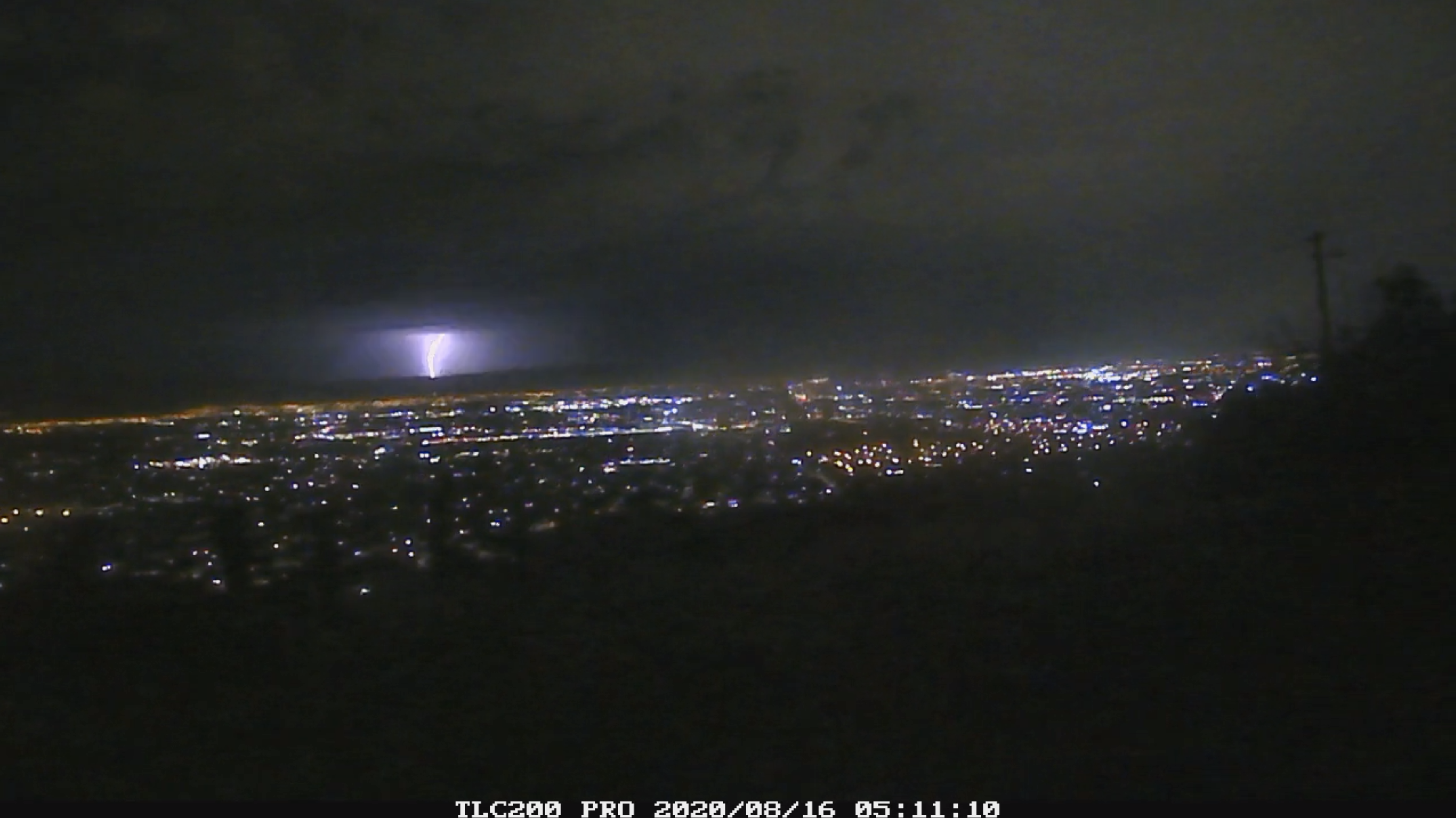 This summer I’ve been monkeying about with a time lapse camera pointed westward out over the valley. The camera was a simple Brinno on a stake out at the corner of the Great Wall and it worked ok, but some of our resident birds did like to sit atop it and that would often lead to a splatter of guano right in front of the lens. The administrative overhead with a Brinno is also a bit annoying: a calendar reminder would nudge me to swap SD cards and batteries every week or so, plus dropped frames created annoying issues in post not to mention the angle of view is a bit limiting. To combat all these issues (and after much research,) I recently purchased a new Tikee unit that not only can recharge itself via a solar panel, but has an extremely wide field of view which should capture much more of the valley below us. Plus it handles the image dump via wireless which means no more fussing with SD cards.

The initial experiment did yield one very interesting bit of footage. The lightning storms that occurred in the early morning hours of 8/16/20 which set off the massive wildfires here in the Bay Area. Here is the processed vid that’s now posted up on our YouTube channel.

The new camera is just about fully tested and configured, but I am going to have to see about making sure our wild birds don’t think it’s a great spot to sit…but more on that project once I climb up on to the great room roof and get it mounted.