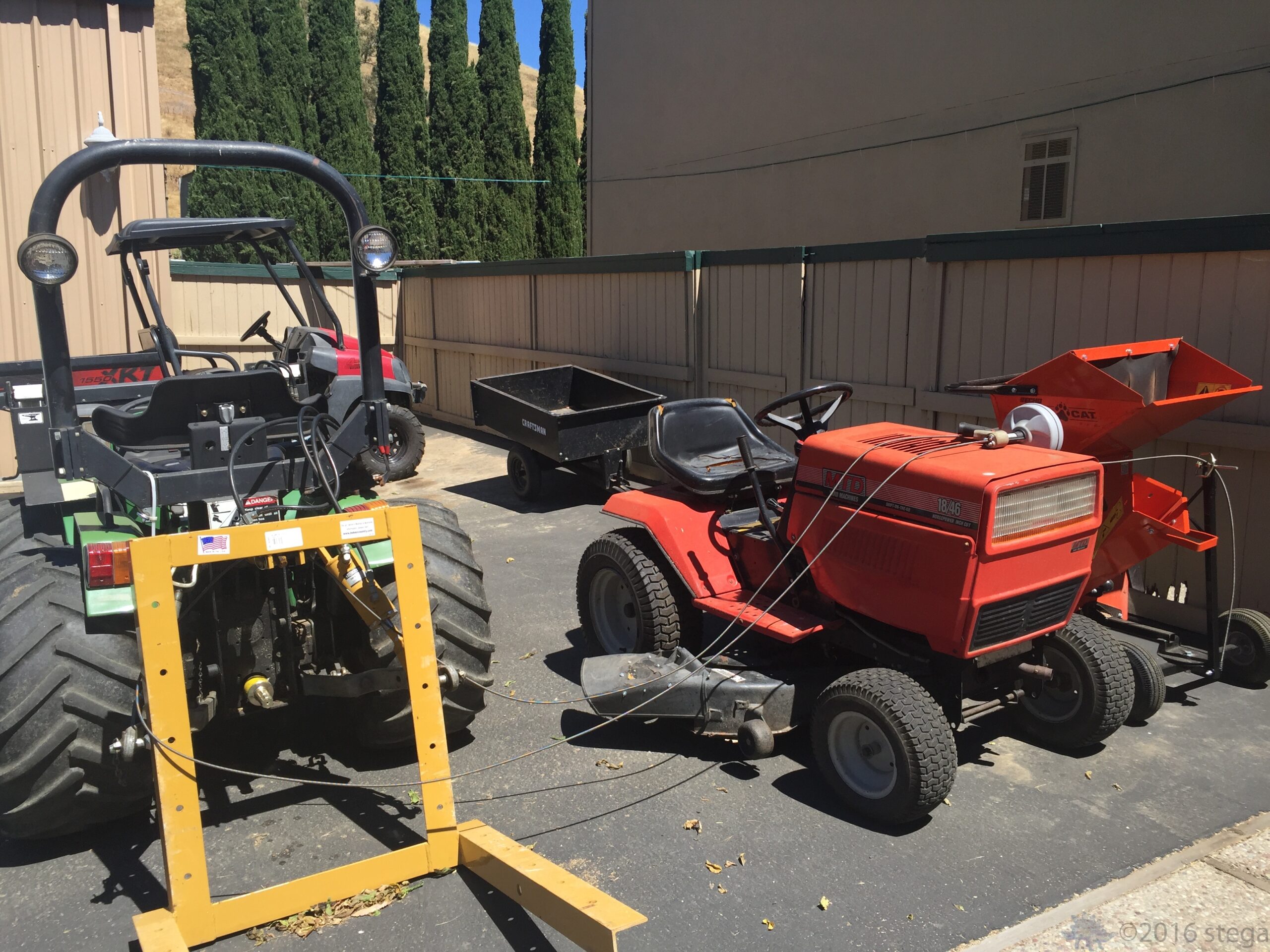 As mentioned in the previous post, quite a bit of wrenching on cars goes on here.  It’s not just race cars that are taken care of here.  Our other vehicles get lots of care too. Of course there is Barbie, the beefy F150 we purchased the day after closing.  It has the extended cab, long bed and 4×4 capabilities. It is technically our only sensible vehicle.  It seats five with ease and we can transport a lot with it, which was invaluable after we took possession of the house, as I was able to move all the wine and china safely myself instead of having the movers deal with such things.  Here’s a shot the day we bought it.

While it does not have the most comfortable of seats, it handles well enough for being a very large vessel.  Early in June I drove it down to Los Angelas so I could assist my father with manning a booth for his company (Alamarra.com) at a food show put on by Reliant Foods and was able to pack everything needed in the cab and still had room for my father whom I picked up at LAX. It also allows us to transport guests in some comfort, and as an added plus, the plastic floor mats allows me to transport feral cats with minimal risk of mess.

Are other sensible vehicles include Dino.  Dino is referred to as the midlife crisis tractor….as it was made by Ferrari.  Dino has several attachments and is articulated in the center which makes it very useful up here.  For example, when we had the new hot tub delivered, we were able to use Dino to help the crew lug the old tub out to the waiting flatbed. Then there is Little Red.  We got this guy as part of the deal for the house.  Here’s a shot of it from the pile of random pics I took when were viewing the house a second time prior to making an offer. Then there is the Mini Truck purchased off craigslist to replace the golf cart.  Here’s a shot of it in action, as it or Little Red are often used to tow the chipper or one of the carts. 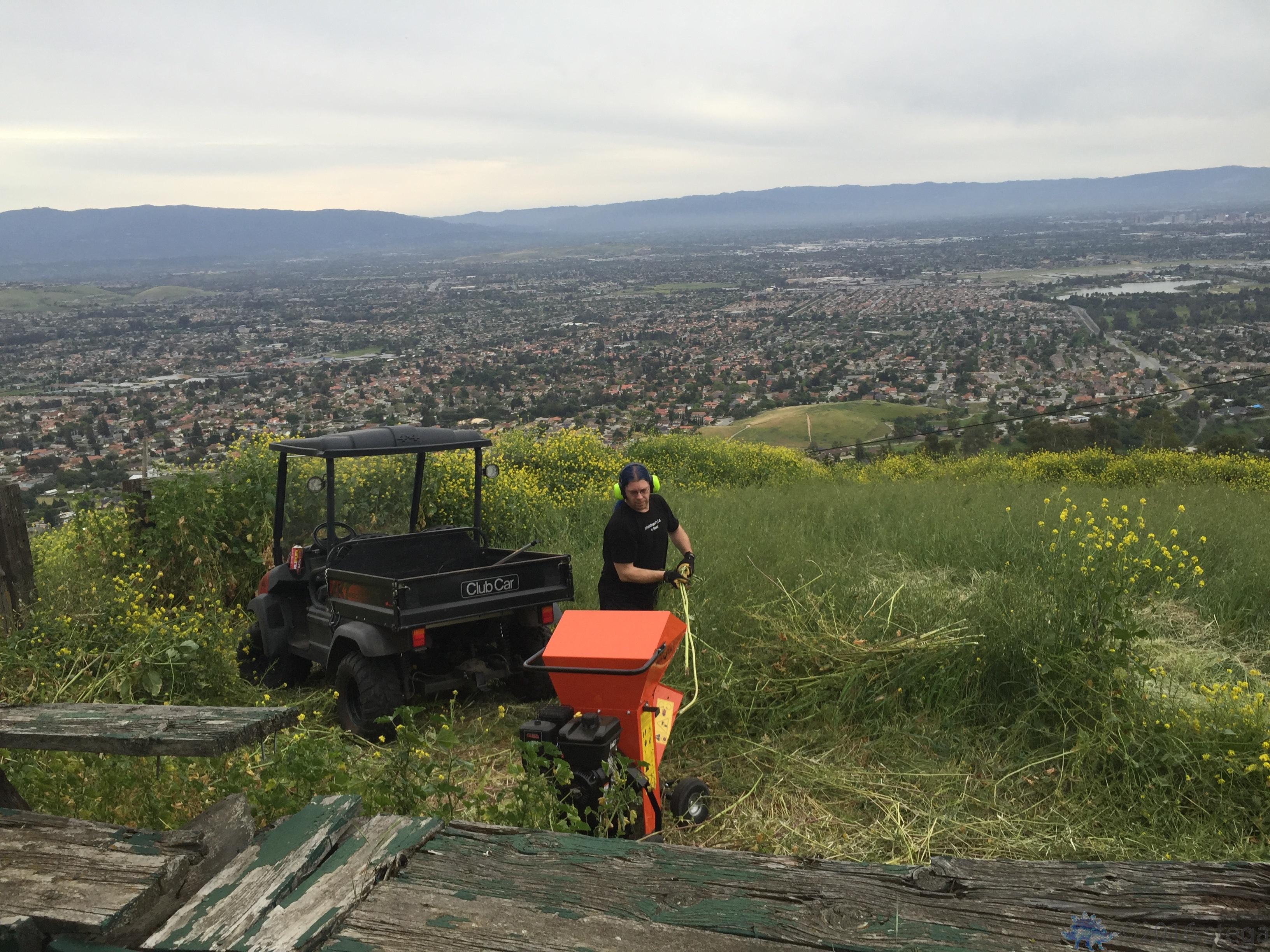 Here’s a final shot of all the utility vehicles and some attachments where they are usually parked.  Once we tear out the old closets and shelving in the garage, some of these will be moved indoors for storage, as while rain isn’t bad for them, in the summer months they get very dusty.