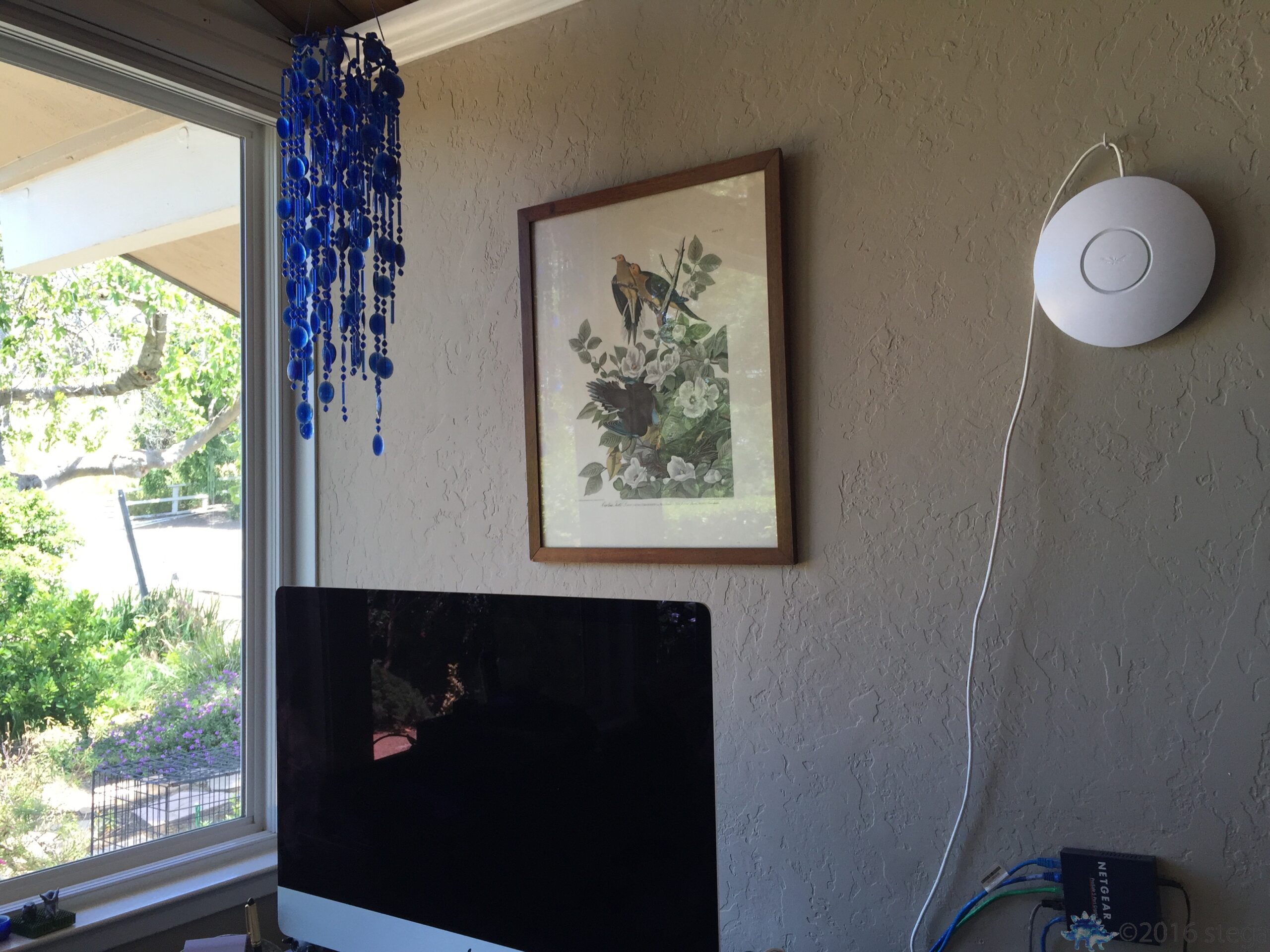 Our wireless network here at the house since moving in was adequate but it wasn’t ideal.  Reception in some areas was spotty so we picked up a few more Ubiquity access points and set about making things better.

While the image at the top of this post may seem rather mundane, it is actually a huge deal.  The WAP above my desk was originally located just outside my office where it hung from a hook on the coat rack there.  Since I primarily use that coat rack to hang coats and hats, that meant the cables to the unit were constantly in the way and/or getting tangled around things.

That was until a few weeks back when Agent Smith ran a single new wire out from his office and around the exterior of the house to the corner of the great room.  He then put up a new WAP there which provides better coverage in the master bedroom, and that allowed for me to move the unit outside of my office to a less inconvenient spot.

Another reason why this is a big deal is that we are loathe to run cable along the exterior of the house.  This is because we spent a good two days stripping off the coaxial cable and ethernet runs that were all along the exterior of the house when we moved in.  Keep in mind the POs had nine TVs in the main house plus two in the studio building and each one of those TVs was connected to their DirectTV setup.  The pile of wiring and assortment of arial antennas we took off the house was truly epic, so putting up more wire is something we plan out with careful consideration.

So while it was just a little bit of progress, it made my week.