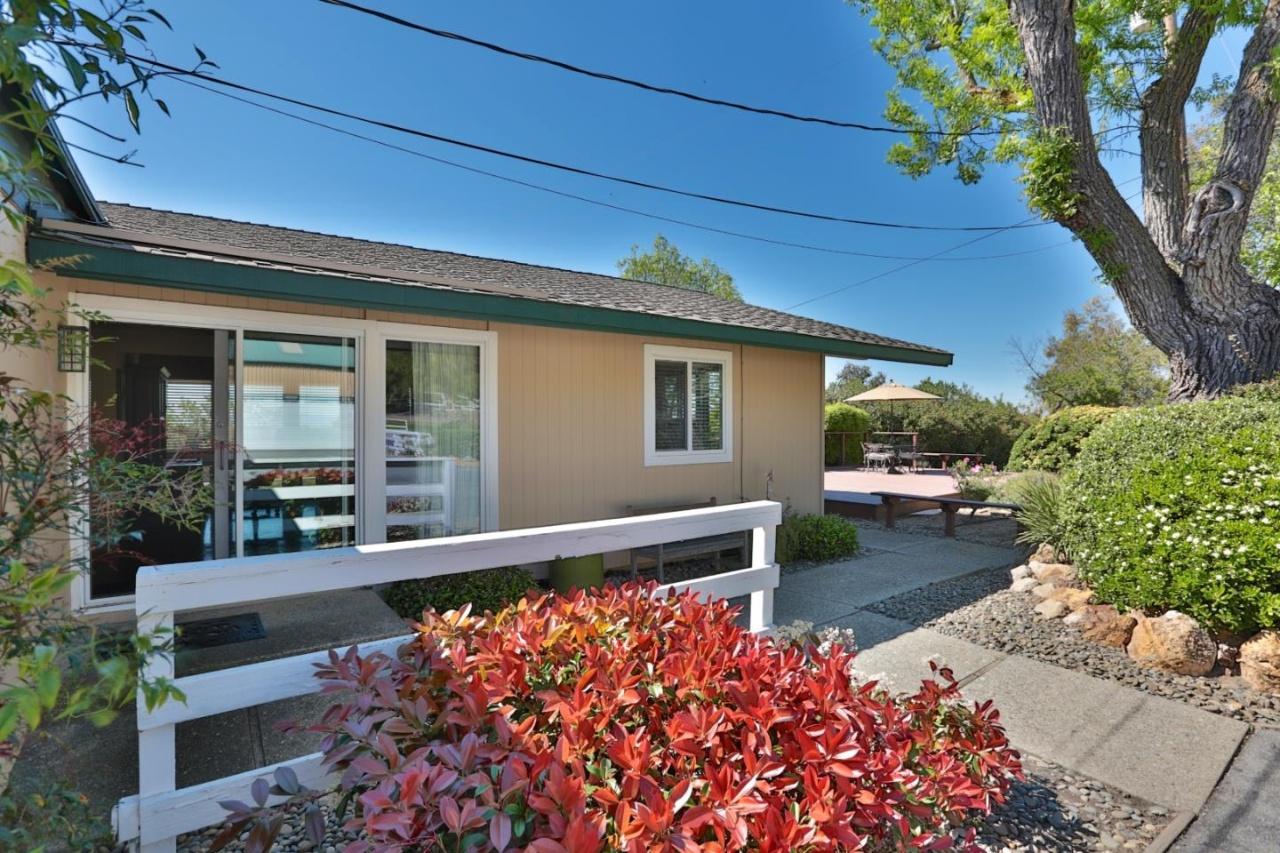 I’m doing a very happy dance as one of the giant projects I’ve been struggling with since we took possession is finally on track and should be completed soon.  That’s right, we’re getting a new septic tank.  The permit came through on Monday.  While it won’t be done prior to move-in, it will get done soon.

The biggest task though was getting rid of the deck first.  Here’s a shot of it with the previous owner’s furniture on it.  For some weird reason they built this deck over where the septic tank is buried.  The septic was put in place in 1998 and then apparently never pumped, thus it has failed. (Yeah for collapsed baffle wall.)  In order to get a new tank installed we had to get rid of the deck.  I had quotes for 40K and 50K that included demolishing the deck, so I tried to do some of it myself.

Here’s a shot of it after I got most of the railings off.  It proved too much for me though, so last week I hired three guys from CTC in San Jose and they spent the day breaking up the old deck.  Tom, Gilbert and Jilona worked very hard and reduced it to a giant pile of rotten wood and rusty screws.

Having it done by day laborers and hitting on Able Construction for the actual septic install dropped our cost by a factor of five.  Agent Smith and I did have to do a bit of work to ready the site, as last night we moved the pavers you see in the photo out of the way and we shifted a couple hundred pounds of river rocks that were up closer to the house so they wouldn’t get plowed under during the septic work.