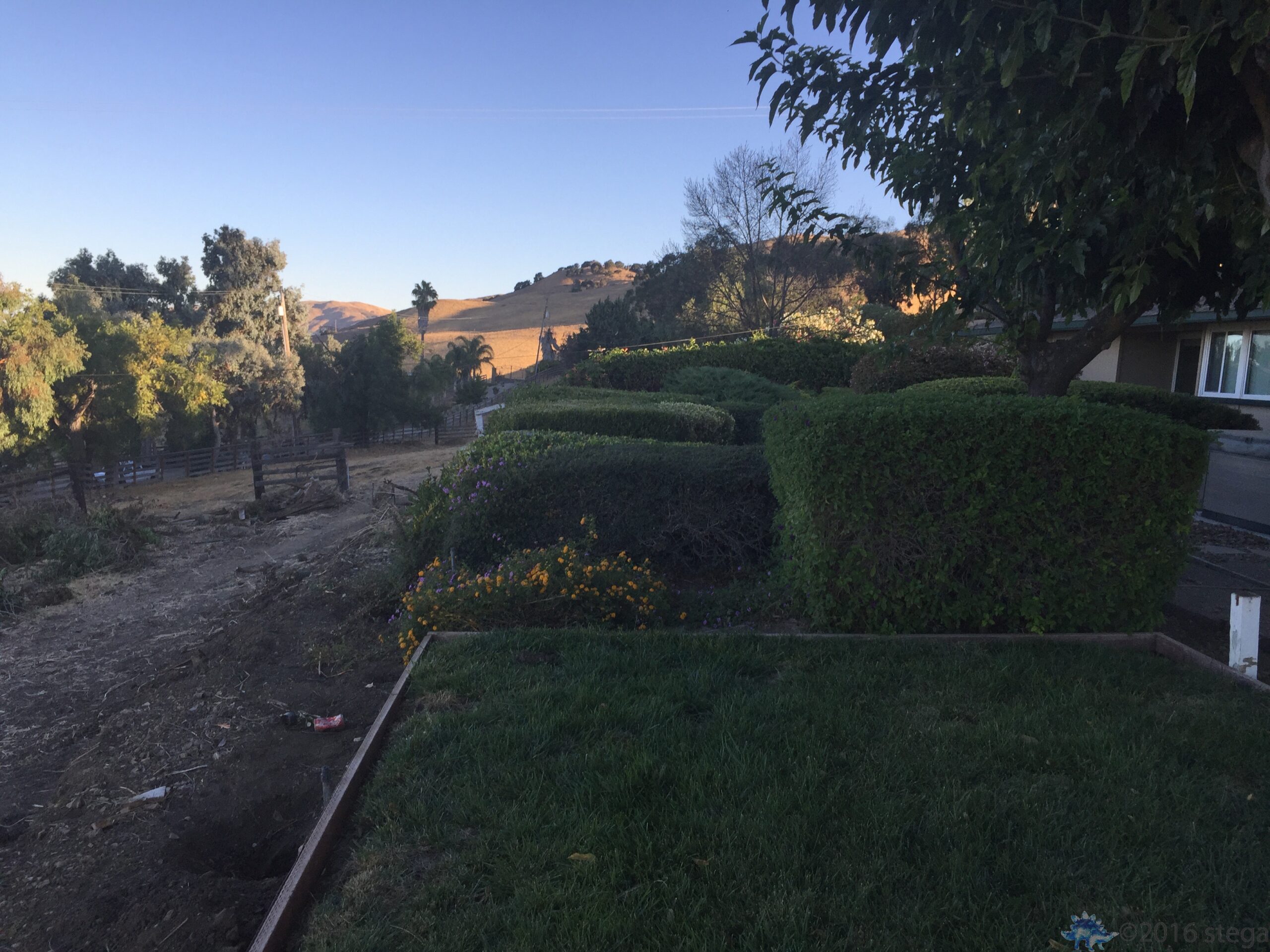 As part of the wall project we had to do some preliminary cutting work.  In addition to the palm trees mentioned in an earlier post, the oleander along the west side of the driveway had to be trimmed back so that we would have access down into the north west pasture.   We then created a ramp down so that machinery could more easily access the west pasture and wall area. Then there was the matter of where exactly did we cut into the land and how much did we excavate.  Here’s shots showing the area before we began making the new trench but after the ties had been removed. Sadly it was at this point we discovered the company we had contracted with to do the engineering for the wall had dropped several balls.  Even though we had begun this process almost a year earlier and they had possession of the soil studies and elevations, they still had not completed formal engineering drawings for us.  There was much consternation over this, but after much teeth pulling we did manage to get basic soil depth and our excavator driver was able to begin digging.

And dig he did. After the surrounding trench area was cleaned up, it was time to work with our super wonderful geotechnical engineers.  We went with C2 Earth (totally unrelated to the construction/engineering firm who were designing the actual wall.)  The C2 staff looked at a couple of scrapes we made to verify when the “good” earth started.  It was this that we needed to reach across the entire trench line.  It corresponded closely with the initial bore findings.