After the previous closet/shed/structure was removed we assessed the situation to figure out what else needed to go. While the new structure wasn’t going to be in the exact location of the silly shed, it did need to be on a concrete pad which is something the closety-thing we had just removed never had.

Yeah…you read that right. The previous owners had that over-built and purpose-built shed constructed over bare earth. That’s why the bottom was rotting out. Makes no sense, but then 99% of the stuff they did here makes no sense.

We did the bulk of the demo ourselves. Or rather Agent Smith did it.

While a small bit of manual demolition was required, the bulk of the work was completed with our excavator Bambi. I compiled some clips into another short movie.

We had located a concrete guy when then came in and cut some trenches so we could run new water pipes and electrical conduit as the existing pipe to the shed and rusted out. Plus we were able to delete an odd stub pipe and outlet that came up near the studio building and was a source of many drips. You’ll see it in the pics below.

Once the concrete demo was done, it was time to get to the plumbing and electrical…. 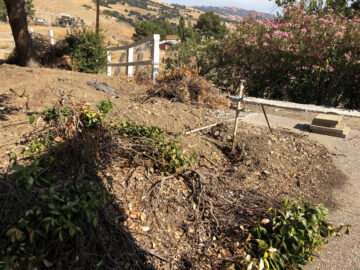 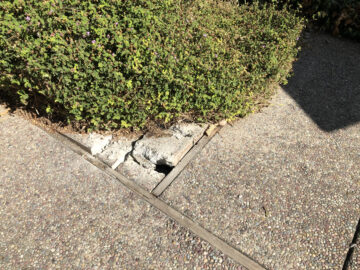 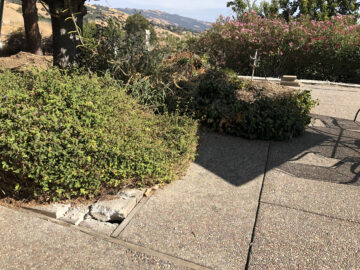 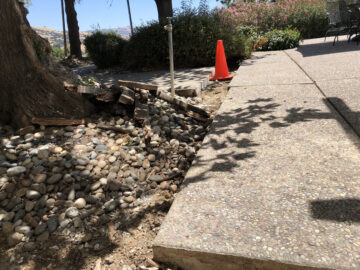 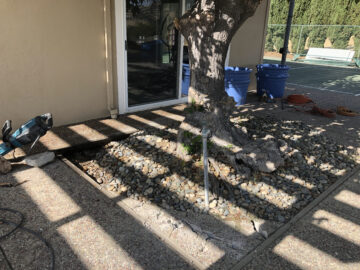 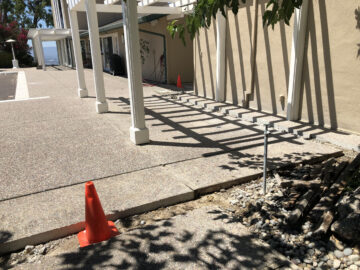 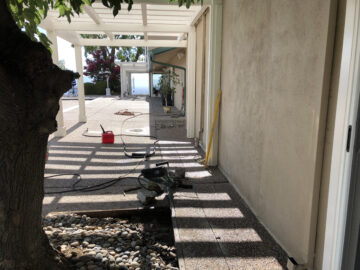