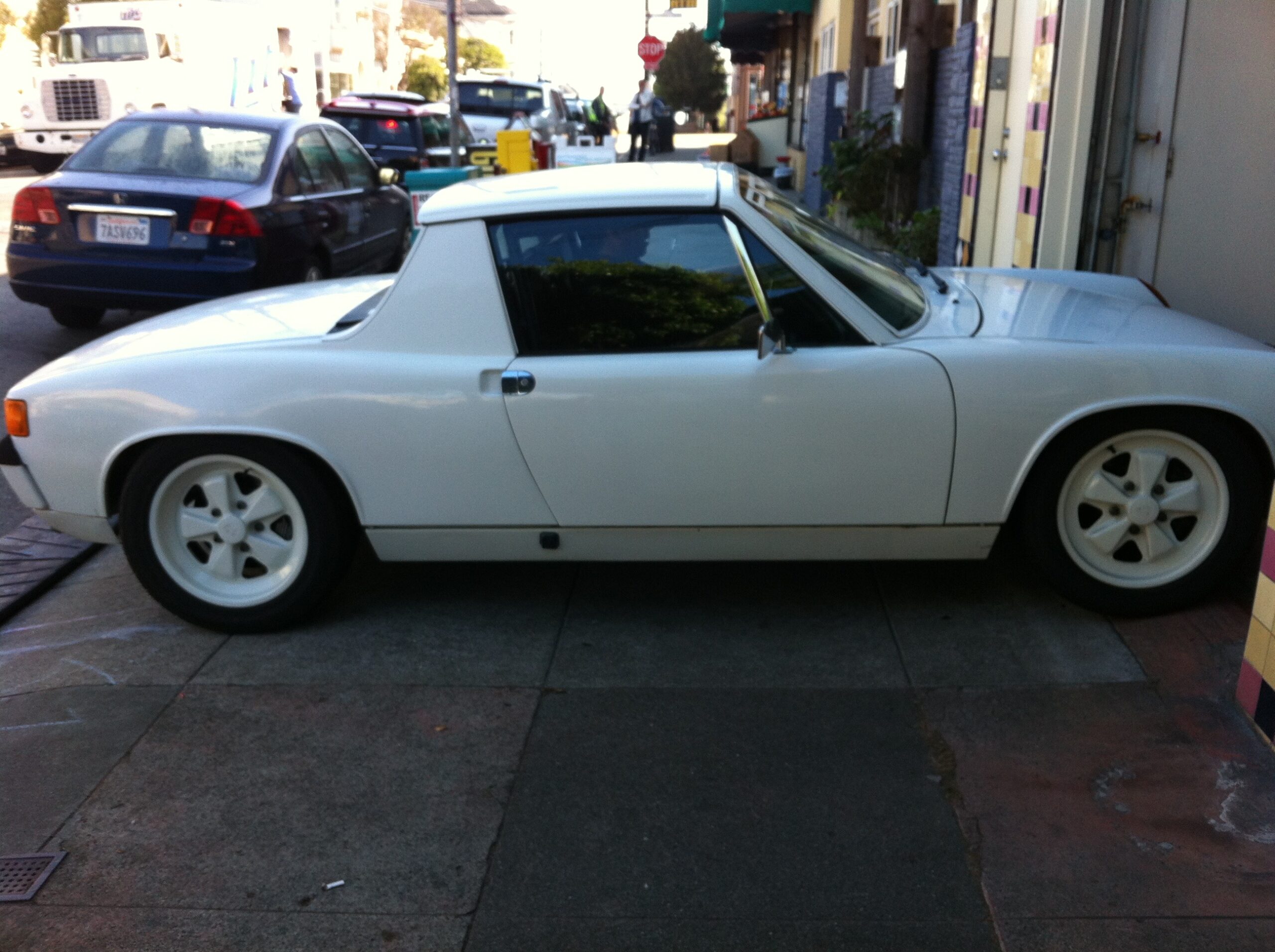 Back when we bought this place, Agent Smith had recently started helping out with a local group of guys who had a race car.

Wait…let me back up a bit.

Back when we were living in San Francisco, Agent Smith bought a 1971 Porsche 914 with a Chevy block in it instead of the original VW engine. He then started working on making it a happier car. I have a few old coworkers who liked to work on cars and when they found out about the 914, he was invited over for one of their regular weeknight cars and beer things. He started hanging out and lending his hands and car-knowledge on a fairly regular basis. Soon he was helping out in the rather tight quarters on a pretty regular basis. This included helping out with their race car. (More about that in the next post.)

After closing on this place back in June of 2015, Agent Smith rented a trailer, loaded the 914 onto it and brought it down here. This was because he was mid-tinker an it wouldn’t run without a full set of wires….

And then the poor thing sat for a few years. Eventually though, all the wiring was sorted out as Agent Smith had crafted a new setup for it.

The 914 wasn’t quite perfect and during its down time, we had acquired the 2003 Mini. (It had its own issues: namely we were the fifth or sixth owner and it had been so heavily modded it would no longer easily pass smog without recoding the computer to original factory spec.) Agent Smith stopped tinkering with the 914 and tinkered with the Mini for a year or so. Eventually he decided it was time to pass the 914 on to a new owner who would really appreciate it.

Enter Carlos, our gardener. He was the one who found us a buyer. Turns out a guy just down the hill was interested so a year ago, it made the short trip to its new home.

So that freed up a slot in the garage….for a brief moment.