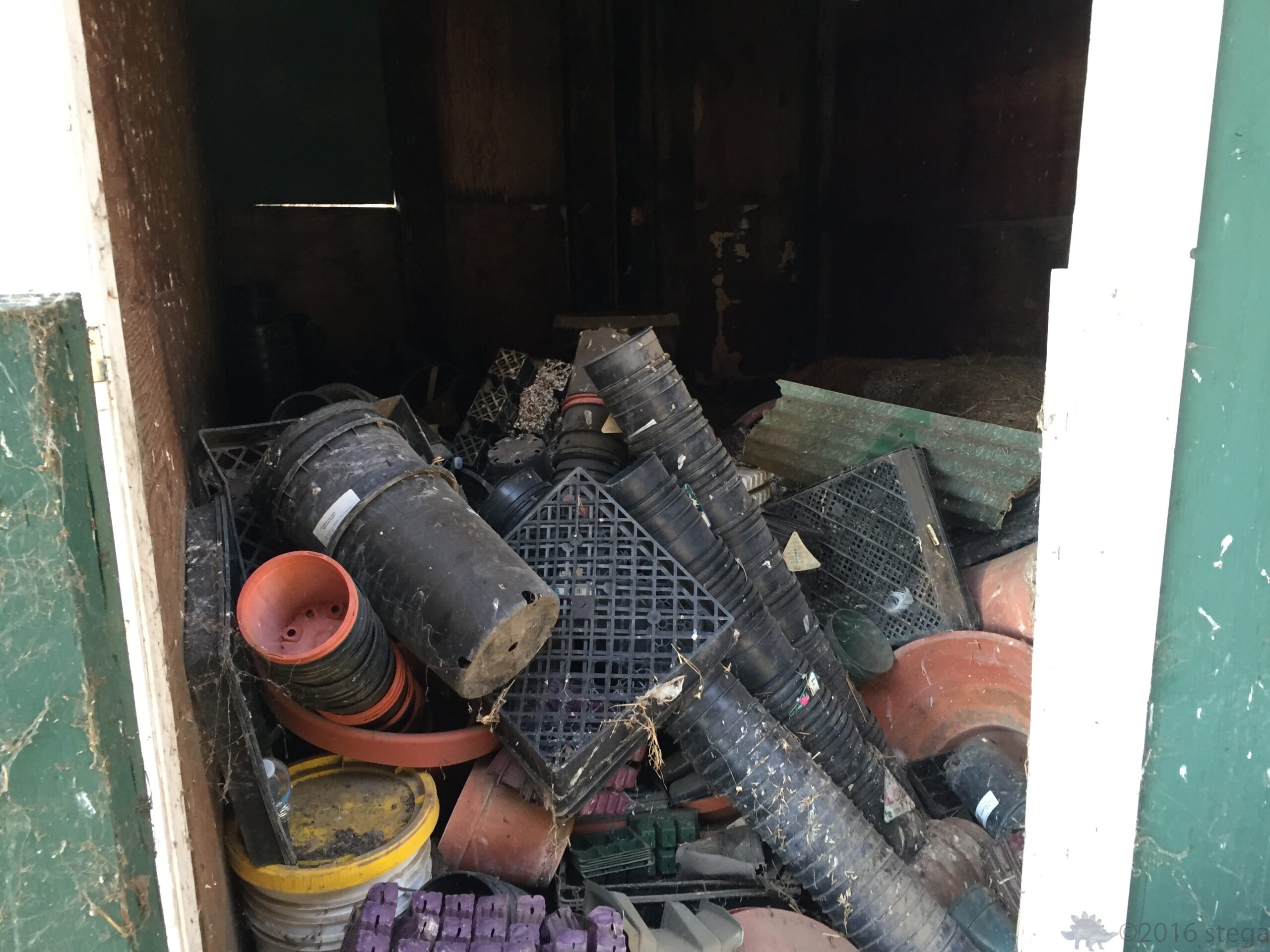 I got back on the stable clean-out project a few days ago.  We had a dumpster on the property as Agent Smith was working on removing some of the cabinetry in the garage and the stable roof was being rebuilt, so one evening I got to work and started clearing out one of the stalls that was completely full of landscaping pots.  As you can see in the image above they were mostly all plastic and the type that a plant from a nursery comes in.  This image though doesn’t really do things justice though as one entire side of the stalll was filled with pots from the door to the back wall.  So much so that when you opened the door they came tumbling out.  The other side of the stall has a bunch of old hay bales stacked up along the wall but these are slowly disintegrating.

I made about 5 trips with the mini truck and filled up the remaining open space in the dumpster, but that only managed to empty out half of the stall.  The rest was going to have to wait. Not everything was junk though as there were a great many terra cotta pots in the pile.  These I pulled out and set aside.  I listed them on NextDoor as free to whoever wanted them and a neighbor came by a few days later and took the lot of them. A few of the planters were actually worth keeping for use here.  Once they are cleaned of spider webs, hay and barn swallow poop, they will get used either in the foyer or great room.  So while I didn’t find any hidden treasure in the stables, I at least found something useful.