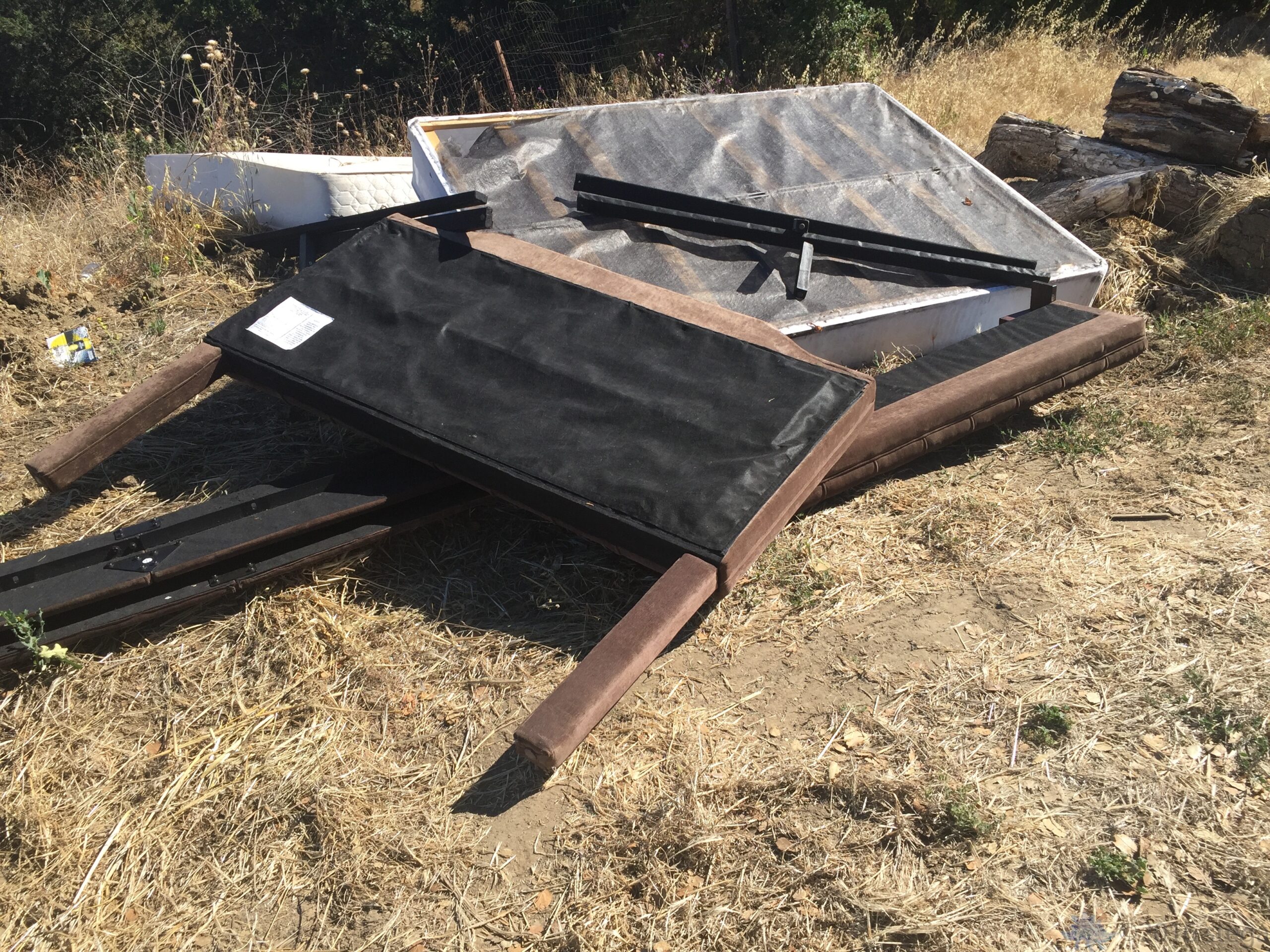 One of the unfortunate aspects of living outside of the normal bounds of civilization is that some rather stupid and inconsiderate people drive up our roads to dispose of their rubbish.  This seems to happen most often in the summer months and while the county helps with the clean up, it is not fun to come across the site of a mattress and boxspring tossed out into a pasture.

It’s even more un-fun to come up the road late at night to find access through blocked by a mass of garbage dumped out of the back of someone’s truck.  This happened to me a few weeks ago and I had to stop, get out of the car, and by using the flashlight on my phone, assess the situation.  A small mountain of stinky trash had been dumped out on to the road in the hopes it would slide down the hill to the creek bed below, but of course that didn’t happen.  Instead a couch, lots of stinky things, boxes, a derelict children’s bicycle and who knows what else was piled in a loose heap on half the road. I called Agent Smith who drove down to meet me and help move it so that we and other neighbors (about 20 or so need to get through that section) would be able to get down off the hill.  The next morning I called the county to report the mess.  About a week later, when I was coming up the hill after running some errands I passed a crew of guys sent by the county and they had managed to load the mass of junk into the back of their pickup truck to cart it down to a proper dump.

One of the boxes had UPS tracking information which, when entered into their system showed it had been delivered to a nursing home a few miles away less than a week earlier.  Thus we will certainly look for similar information should this happen again.

Fixing this issue is not easy as installing cameras along the road to try to catch people behaving badly is not a feasible option–there are no poles or fences and more importantly, we don’t own the properties down the hill.  Complicating things is the fact that this section of road has properties on each side which have never had houses built on to them, so they are rather enticing for such illicit behavior.  There is no HOA or even a loose affiliation of owners up here, but there is the possibility of eventually getting some cameras installed at the turn off for our road.  We just need to make contact with some more neighbors and that of course is not going to be easy.