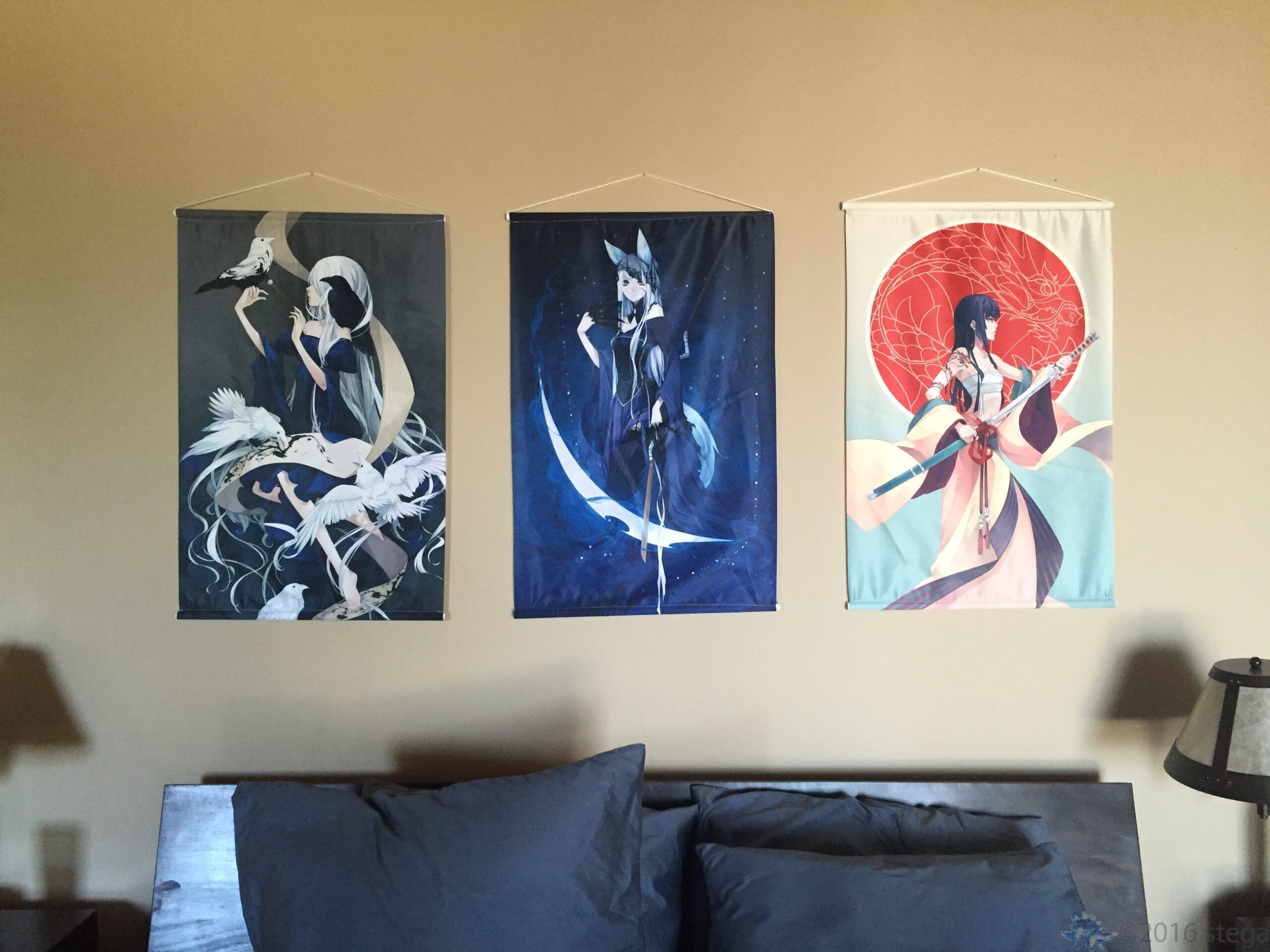 When Agent Smith and I first moved in to our place up in San Francisco we each had a queen-size bed.  Issues existed though, as my mattress was too soft for him and his mattress was made with latex inside and made me quite ill.  (It’s rather annoying to wake up with swollen eyes and a sore throat every morning.) We soon remedied the issue and bought a nice Tempurpedic mattress.  We bought the firmest option available but after about a year we ended up replacing it.  It was just too squishy and caused AS to have a very sore back and shoulders since he has rather broad shoulders and they would end up near his ears when he laid on his back and sunk into the foam.  We picked out a nice futon (with springs inside) from the Futon Shop off Cesear Chavez.  With a 2 inch foam mattress pad on top, it served us pretty well for the next five years. (Although we did replace the foam pad once–but thankfully I happily recycle those into lovely dog beds.)

Fast forward to our move to Purgatory and we had become unhappy with our mattress.  Both of us were waking up stiff and sore in the morning and we knew it was time to do something about it.  While we had bought a traditional but very nice mattress and box springs for the guest room, we decided to do research on the subject before purchasing something for our own use.  That’s when we started seriously looking at what the people at Sleep Number offer.  After more reading about their products we decided which model would suit us and figured out where the nearest store to us was located.

Then last January we walked into a store, poked at a few things, laid on the model we had decided upon based upon our research, and then told the clerk what we wanted.  Our foreknowledge and unwillingness to participate in the usual sales dance caught him quite off guard and he sadly only got to sell us a couple of extra pillows (which I use and love by the way.)  But considering the minimal amount of effort he had to exert to obtain a bit of commission from the sale, he wasn’t too unhappy. A week or so later the bed was delivered and assembled and we started mucking about with our individual settings.  And in the ten months since we have not once regretted or questioned our decision.  The mattress is that good.   We’re not ones to rave about products or services unless they’re totally awesome and this bed….well it just is totally awesome.

The shot to the left is of our nekid bed (when I was changing the sheets on it.)  As you can see it’s just a mattress as our bed is a platform style.  (We bought it at the same time we bought the Tempurpedic mattress and it, unlike the Tempurpedic, has been quite the success.)  Since getting the Sleep Number mattress we fitted in two sections of plywood for better support, as our bed normally has a system of wooden slats that act in place of a traditional box spring component.  Side note: we thought when buying the bed “frame” we would end up barking our shins on the four or so inches of wood that surround the mattress, but that is actually a rare occurrence. As mentioned in an earlier post the platform bed came from a mob called Ginkgo Furniture.  Regular readers will remember that right after closing escrow on Purgatory we went out and bought two night tables and a dresser to match the bed.  Then last spring we decided to purchase a custom made desk from the same folks to match.  That desk, coupled with a cute little mirror we found on Amazon not only utilizes space near the long window in our bedroom, but also covers up the awful holes left by the PO’s TV. Outside of a plant stand, the patio furniture, some worktables/workbenches, the couch for the blue room (which is now in the great room so that we can start spending time in that space and think about what we want to do with it), and the bedroom furniture, we have refrained from buying much else and have spent the last year and a bit sorting out how to use what we have to make the house more comfortable.