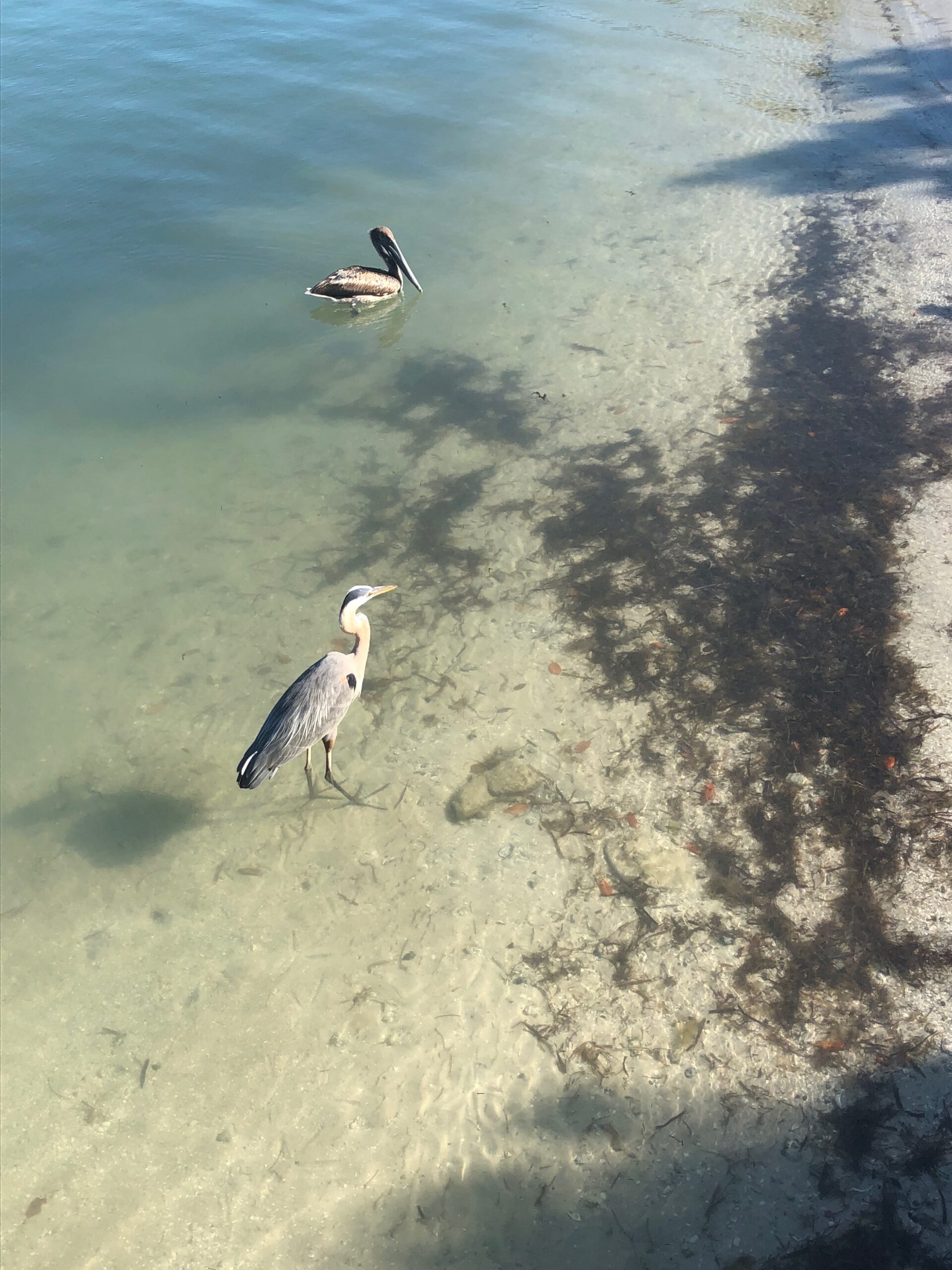 At the end of April of 2018 I traveled east yet again. This time though there was no diving involved. Instead I spent a week visiting with my parents on Longboat Key. It’s an island off the west coast of Florida just south of Tampa and north of Sarasota.

I flew out of San Jose instead of SFO for this trip, and one of the fun perks was that I was on the left side of the plane in a window seat for the departing flight. Thus I got to look down on Purgatory and even capture a few pics from several thousand feet up.

While in Florida I took many photos of birds and flowers. Like this shot of a plover. It and many others are up on one of my photo websites: networkgirl.org.

It was a pretty low-key visit. We ate out several times, we spent time by the pool and gulf, we visited Selby Gardens (sadly the buddha next to me died in a storm sometime during the last year) and the Sarasota Jungle Gardens where we were stalked by a flamingo.

A bit of shopping was also completed. Saint Armands Circle is located just one island to the south and there are some fun stores there. In fact, some years ago I bought a framed and signed photo of Red Skelton at a store on the circle that is sadly no longer in business. The photo hangs on the side of my sound booth along with some other things I’ve picked up over the years.

On this particular trip I found some fun things. Like a metal bird sculpture and wooden curlew– both I picked up at a place called Just/Because.

Of course none of these items would fit in my luggage, so my parents, who had driven down from Ohio, which is where they live most of the time, took the smaller things back up north and shipped them to me. I had the tree shipped from the store out to Purgatory.

Here’s a shot of the tree in the downstairs of the great room (before we started the huge project.)

My family started vacationing on Longboat when I was young. We’d always stay at the same place for a week or two. When I was very young, getting to Florida involved a seemingly-endless car ride. My parents still make the drive down but now they stay for a full month and make the drive over several days so that they can visit customers. [Their business (alamarra.com) makes crêpe, pancake, waffle, and waffle cone mixes which they mainly sell to restaurants and cafes across the county.]

When I was little my parents invested a bit in real estate and purchased an undeveloped lot in a new development on the island. Many years later and it is now the sole empty lot in said development. Eventually they may sell it and use the extra money to buy their own place on the key. I’m biased after living in a true Mid Century Modern house and would love for them to purchase a condo at the Bayport Beach and Tennis Club as the place is a lovely example of the Sarasota School.

After a week of sandy feet and lovely sunsets though it was time to head back to Purgatory and the big big projects that awaited.