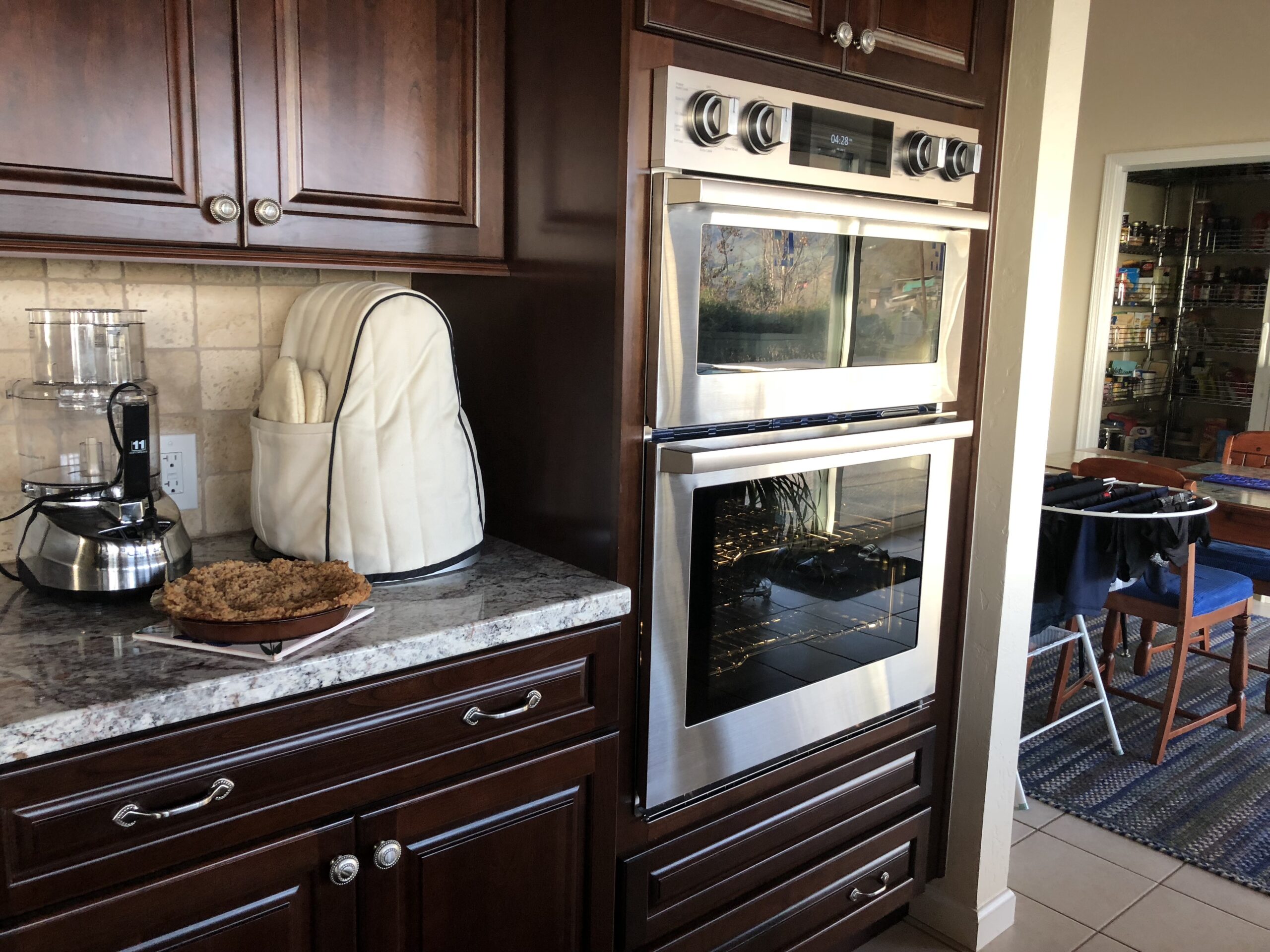 Since buying this place we’ve had to replace the refrigerator because we couldn’t actually open the door because the POs were…well….idiots. Plus we’ve replaced the dishwasher because the one they had installed when they remodeled the kitchen only had one working hinge which meant it required a particular sort of “wiggle” and eventually all that wiggling caused the other hinge to give out.

Then in January of 2018 we hit the trifecta and the microwave died. Our oven was actually a microwave/oven combo and the oven was completely unable to maintain a uniform temperature which made baking anything incredibly frustrating. The inept engineers at GE though thought having two separate control panels (one for the oven and one for the microwave) was a great design aesthetic, even if that meant we had TWO digital clocks.

Agent Smith and I did a ton, and I mean a ton, of research and wrote down all our options on the white board. Eventually deciding on a Samsung.

Then it was off down to the valley to purchase one and then we waited a few days for it to be delivered and the old one to be removed from service.

And we were treated to another fine example of the previous owners’ electrical genius. We really can’t make stuff like this up….

After a bit of fiddling and an upgraded circuit breaker the new oven and microwave were installed and ready for use.

While the first thing cooked in the microwave was of course some popcorn, I spent more some time and sliced apples to make apple betty and then a batch of snickerdoodles and then some very tasty banana bread.

Unfortunately all is not sweetness and light with the new oven. It runs a variant of Linux and it’s a very stupid in its attempts to be “smart”. While it can connect to a wireless network and use NTP (Network Time Protocol) to set the clock, occasionally it suffers a kernel panic, reboots and then looses its settings. We have to go back in and re-enable NTP. We only notice this when the clock has drifted and is wildly off from reality. I have yet to contact Samsung about the issue as in the grand scheme of things it’s annoying but at least the oven keeps constant temperatures and the microwave works. Some time soon I will experiment with the steam options for baking.