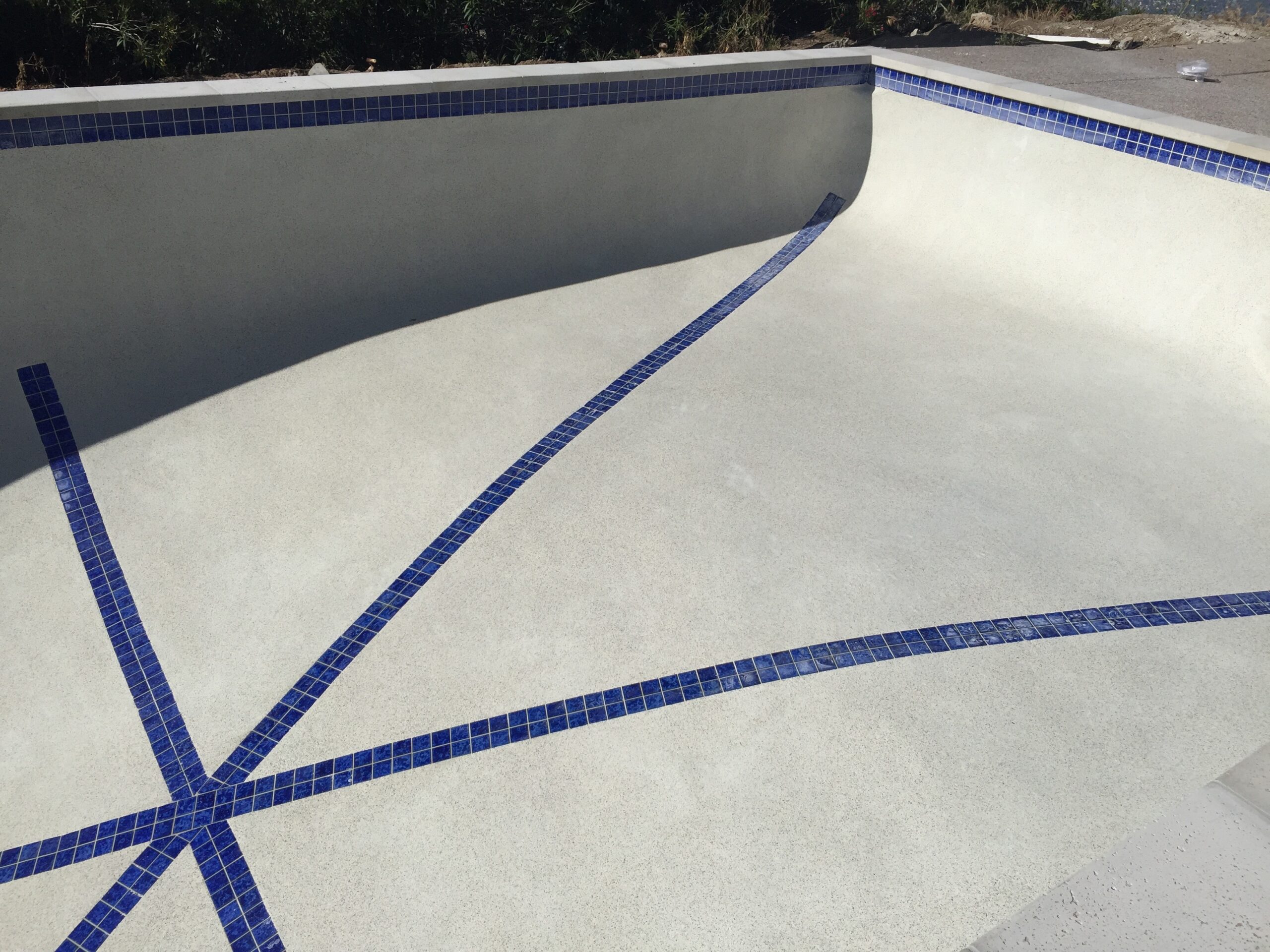 Once all the holes were sealed and the plumbing sorted, we had to wait a bit longer to finish the resurfacing project as the company that manufactures the coping we had ordered was behind schedule.  The wait wasn’t terribly long and the second week of May another crew from Adams arrived to do the work.

Their arrival was a bit delayed though as the pickup truck was fully loaded with the coping and tiles plus  mortar mix, rebar and tools.  Said truck was also a front-wheel drive automatic and thus it was so heavy the crew couldn’t get it up the last hill to our driveway.  They ended up putting the truck in reverse and backing up hill.  Yet another crazy story about living halfway up a mountain.

Here are pics of the coping and water line tile install which took several days: And then the tile lines across the bottom.  We went with tile from NPT and had intelligently planned last year to use the same tile for the water line that went on the balcony. 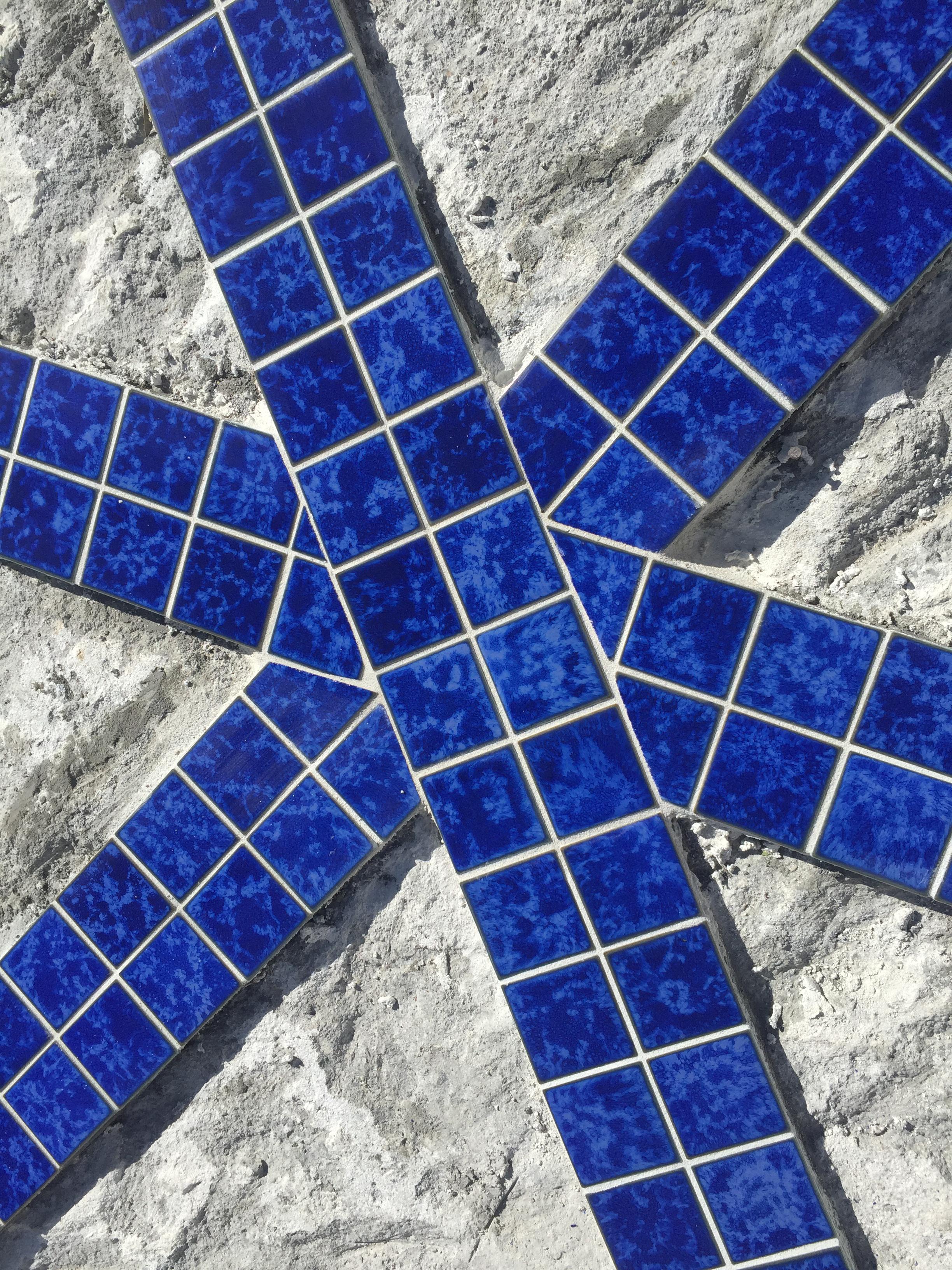 In addition to the waterline tile which matches the balcony tile we had done last year, the crew also did three lines across the pool floor.  I normally swim laps between the southwest and northeast corners, and since moving in I’d been dropping a weighted rope line into the pool each time I wanted to workout.  The new tiles not only look awesome, but they mean far less effort is now involved when swimming laps.

Here are shots of the finished design: After the tile and coping were in place they had to cure and then a crew of just one person came out to apply the mastic between the concrete patio and the coping. The next week, the surface crew arrived and in a shocking short amount of time they laid down the new finish. The guy who did the last bit of the finish was tossed down balls of the mixture which he then smooth into place.

Then once he was done he slipped off his gunite spike shoes and walked up the tile of line and out of the pool. Then all that was left was to fill it up.