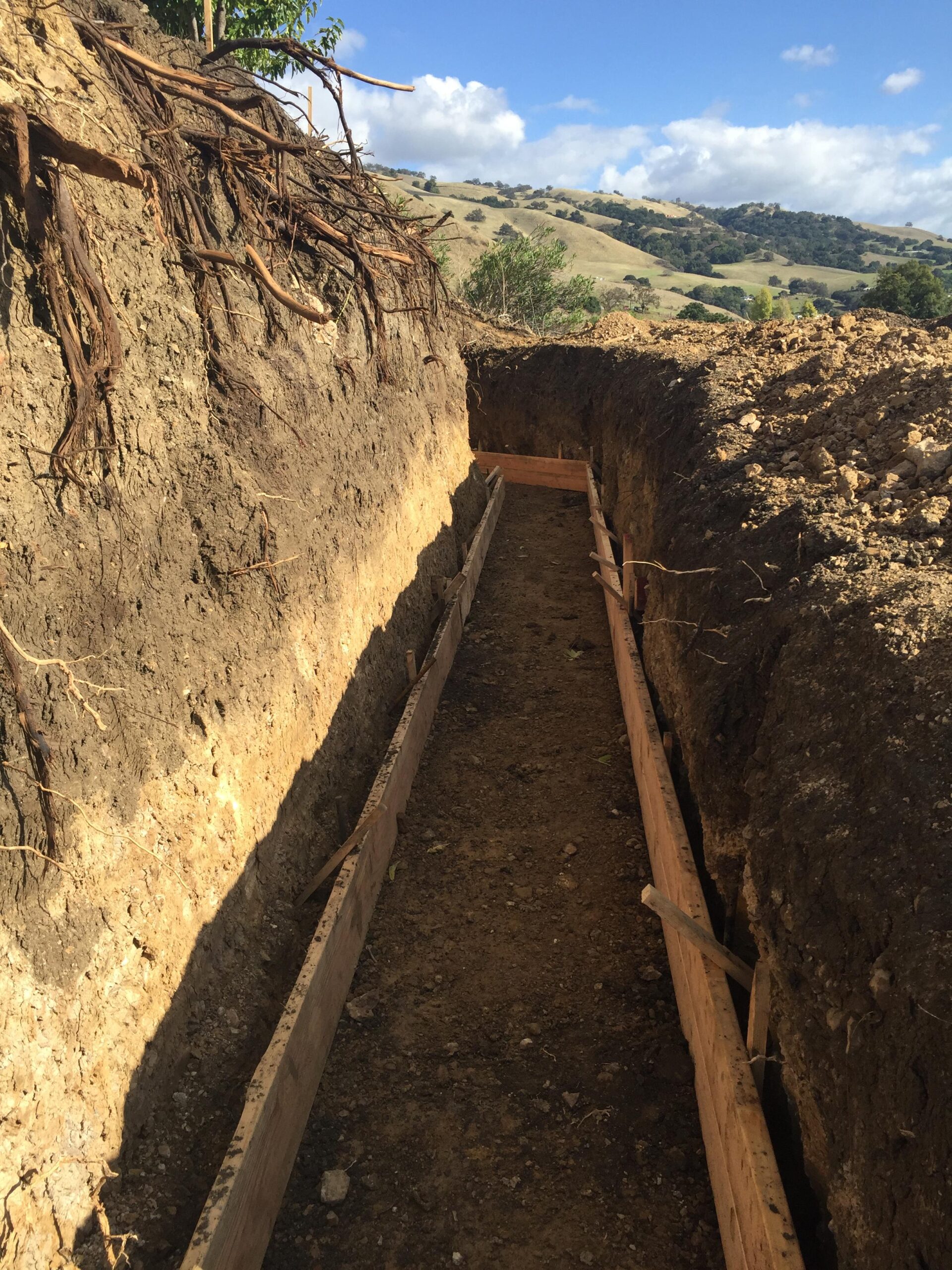 With block deliveries trickling in–after the unload fiasco mentioned in last week’s post we ended up getting just one truck a day if that, as most of the drivers were apparently terrified of our mountain–the crew set about building the footer form work.

This footer would be poured in place and the big blocks would then be set down atop it.  This would both allow for a better base, and with the kant set by the footer, we’d be able to setup proper drainage behind the blocks.

First step was building the form with some pegs and boards. Here’s a closeup of the south end. And a closeup of the step down.  This was done so that we didn’t have to sink the wall as deep on one section since the “good” compacted stuff (according to the soil studies and geotechnical inspections) changed across the length of the area. After the forms were built it was time to put in the rebar.  Now to be totally honest about this process, the crew did the formwork and rebar, but then we go over an inch of rain.  The trench became a muddy mess while a small pool formed in the far north end.  Thus the crew had to pull most of their work, re-compact things and then put it all back.  Of course, if their engineers back at the home office had done their job on time that wouldn’t have been issue. At this point I should mention that not all the engineering staff were incompetent.  Our field engineer who came out almost every day after we experienced a crisis of faith with the firm, was a pleasant young guy just out of college.  He spent many a long evening on the back stoop outside our bedroom with his laptop trying to make sure the Xs were crossed and things were able to move along as quickly as possible.  As this was his first big project since graduating, I can only imagine how annoying and stressful he found our little project.

Still by end of the first week of November we were ready to begin assembly of the actual wall.  Of course all the delays meant our equipment operator and foreman was out time.  During the delays in engineering and then the one caused by the rain he did refinish my old kitchen table.

Of course once he left, one big hiccup occurred….