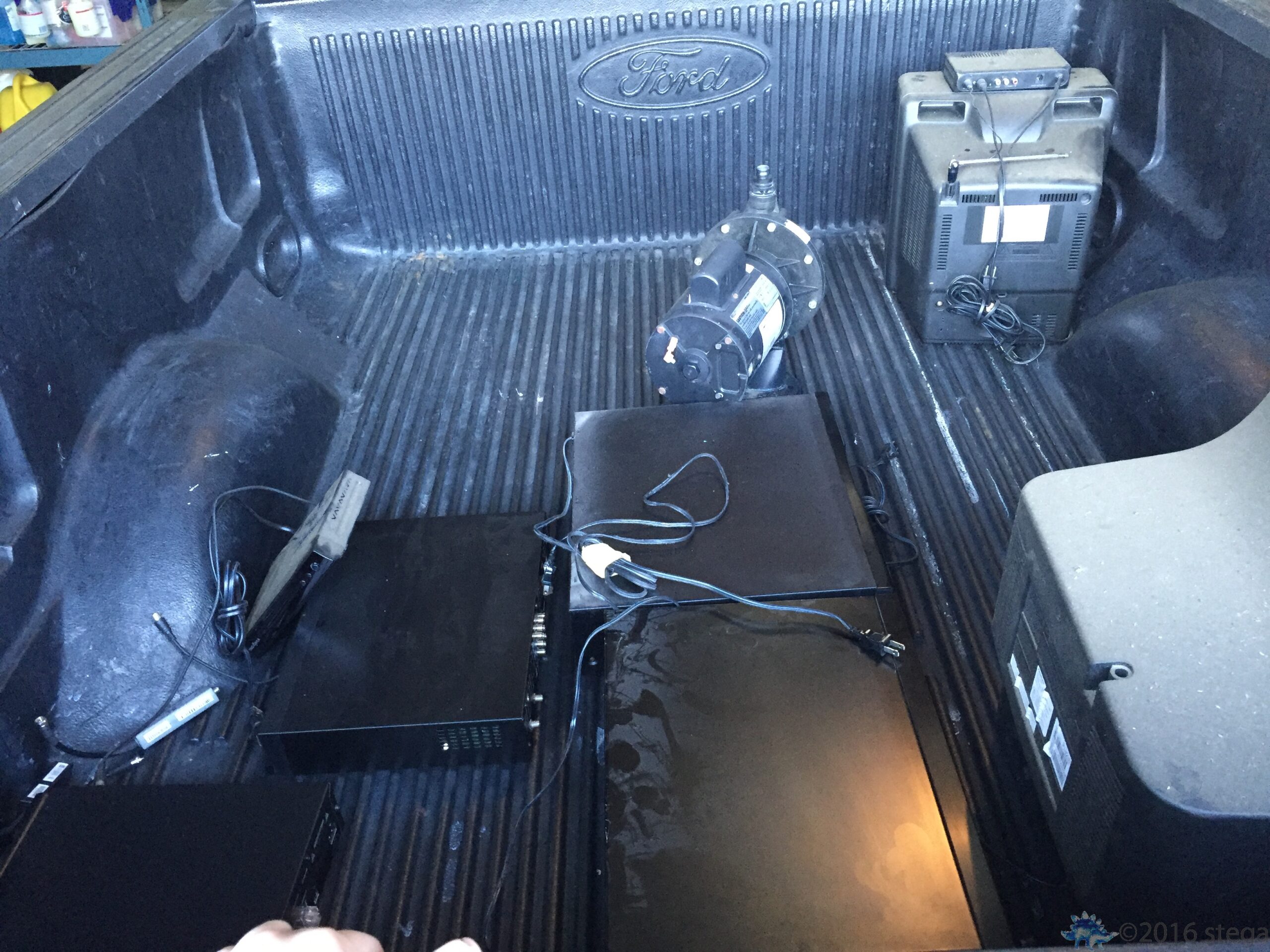 Our Nearest Neighbor told me a while back that when the POs were getting ready to move out they had a garage/yard sale to lighten their load.  Now when we were in escrow and discovered the baffle wall of the septic tank had collapsed, instead of additional discounts we made a tiny list of items we were interested in obtaining.  When I say tiny I mean tiny:  the washer and dryer, a small metal table shoved into a corner that I wanted for the boys’ space, a cafe table and two chairs for it that were and are still in the great room, and an outdoor heater which we have yet to touch.  Now keep in mind all the yard/garden things like shovels, the lawn mowers, ladders, etc were stipulated to stay with the house as part of the sale.  They were really keen to sell us the pool table they had in the Studio but neither of had any interest and I know from seeing it up on craigslist that they were pretty desperate to get rid of it–dropping the price from three grand down to just a few hundred dollars.

In addition, the POs apparently weren’t super honest as a friend of our Nearest Neighbor bought a set of speakers at said sale for his son and was told they were in perfect working order.  Only when he got home and wired them up, he discovered they were completely blown out.  This is in keeping with the speakers that were left here, as all the ones in the garage are unusable and the kitchen ones are in pretty bad shape.  We were also left with the pile of antiquated audio components and a couple of old CRT TVs. Since we can’t just toss that sort of stuff into one of the many dumpsters we fill up, we had to wait for a local clean up day to drop them off.  One appeared on the calendar so Agent Smith loaded the collection into Barbie the night before, and the following morning I drove down the hill and unloaded the items which also included the old pool pump as a while back it had died and we swapped in a new one.

While it wasn’t as giant a step as cleaning out a stable stall, it did feel quite good to get rid of more useless stuff that was left behind.