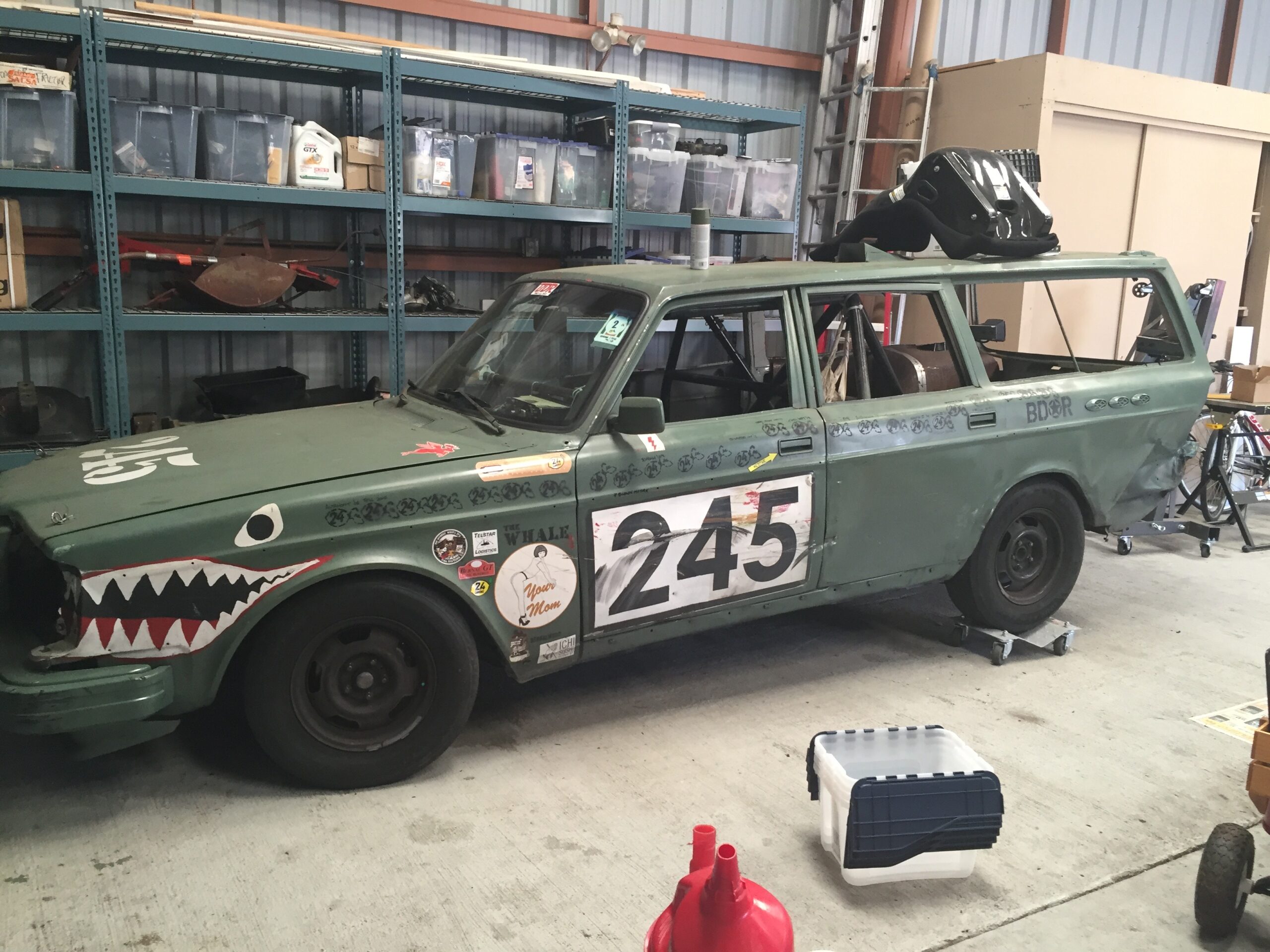 When we first moved to Purgatory, the Whale came to live here when it was not zipping around race tracks. The Whale was the first team car for Bernal Dads Racing. BDR is a team created by many years ago by a bunch of new-ish fathers who lived in Bernal Heights — a small neighborhood in SF. It/they raced in the 24 Hours of Lemons circuit. (BDR2 and BDR3 with the MolVo and the Cookie.) The car was a Volvo wagon that had served well for many years. Shortly after we moved here though work began on BDR4. Another Volvo wagon only this one was going to have zippy BMW engine under the hood….

So at the end of 2016 the Whale was sold of to work for a newly formed 24 Hours of Lemons team.

Here’s an old photo of Agent Smith and Racer Brandon handing it off to the new team.