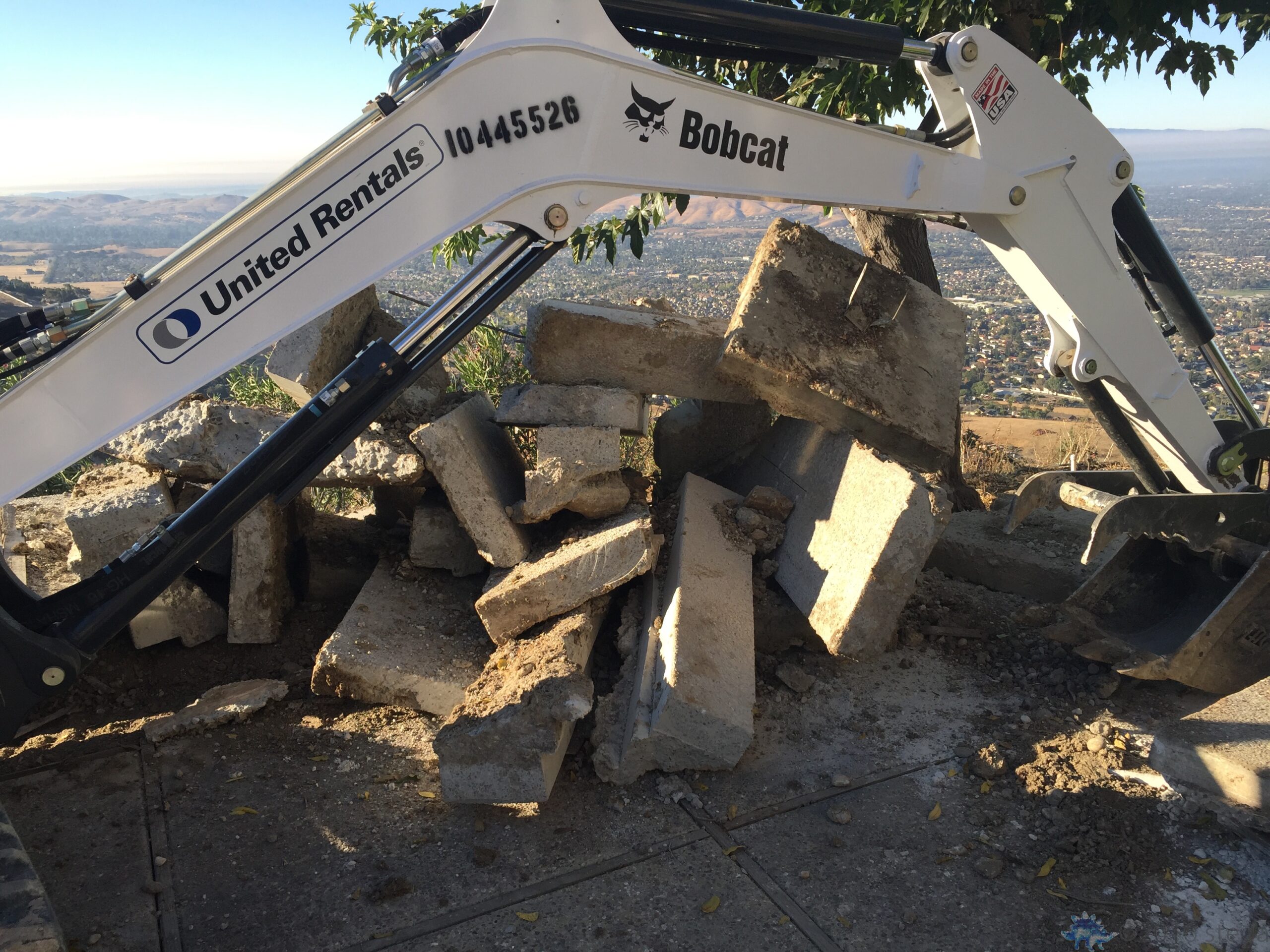 The shot to the left was the view from my office out through the north wing and great room when the concrete and deck demolition were happening.   At this point we were about a week into the project and starting to learn a bit more about the history of the place.

Once the long strip of concrete and deck were gone, the south edge of the pool coping was exposed and in additions to the old pilings mentioned in an earlier post, we found a  number of old pipes running into and out of the pool.

Here’s a closeup shot.  Turns out these were the original fill pipes but when the POs remodeled the pool in 1999 they just abandoned them.  As part of the landscape redo, we’ll be pulling these out and tossing them.

Then we found pieces of the original pool tile just left in the dirt beneath the deck.  I would surmise these were once white and water and sun affected them turning them this tawny yellow color. Still, we managed to get quite a bit done the first week of the project.  Now if only it had continued at that pace…..