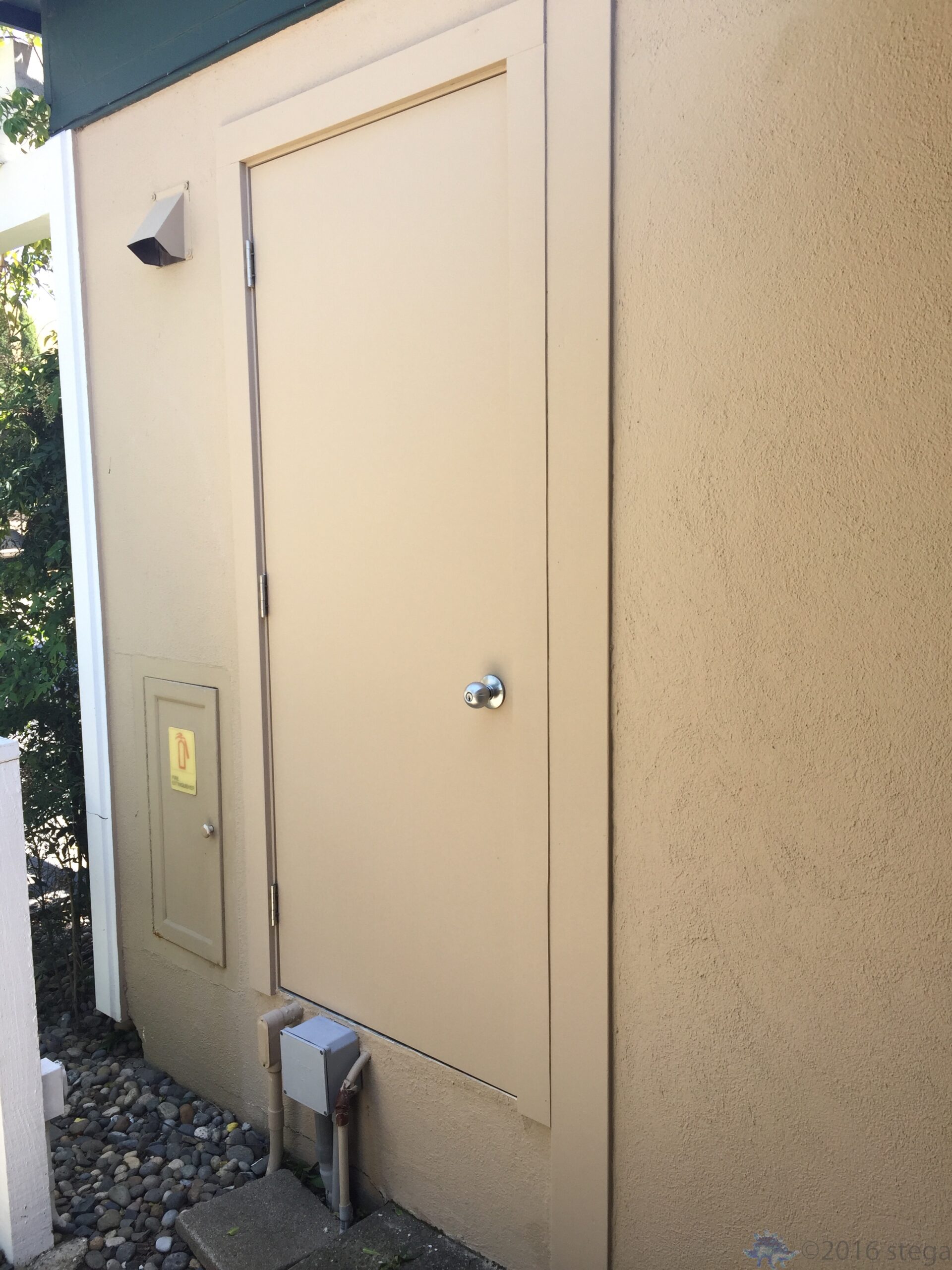 As we work our way down the list of things we need to address, the projects have become less dire and more detail oriented.  Instead of worrying about getting the roofs redone before the next rainy season, we’re now working on fixing the things that bug us:  like the closet in the great room we had rebuilt a while back.

The next project was to replace the exterior utility closet door and its frame.  The existing door and frame were rotting out because they were interior components that were installed outside.  In addition, when it’s wet here, the wood swells making it very difficult to open things up and thus get to our main electrical panel and phone line.

I’ve been working with a local general contractor named Ruben Cordova who does smaller projects (i.e. no 300 foot retaining walls for him.)  His first job was digging the trench for the hot tub electrical and then I had him handle the great room closet.  He does good work, and most importantly is very pragmatic.  He cautions us against spending oodles of money on portions of a project that are not actually required.  Case in point, the boards in the ceiling of the great room were heavily water damaged and he could have slowly and carefully removed a portion of them and put in new ends, but in reality we don’t need that extra few inches of space, so boxing in the ceiling neatly was more cost effective and expedient than trying to make things perfect.

Back to the original story….

Here are some before shots of the utility closet area.

Ruben had to special order a metal door for the utility closet and once it arrived he came over and got to work.

He had to re-stucco the bottom sill and match the exterior paint.  The results make us very happy as now not only can we easily get the door open, we don’t worry about water getting and making a mess.  Now, I just need to replace the Extinguisher sign for the cupboard to the left of the door with one that indicates “fire hydrant” as that’s what is actually in there.

Finally, here are the before and after shots. (As an added bonus, since we have a smart meter, we don’t need a little window any longer!)