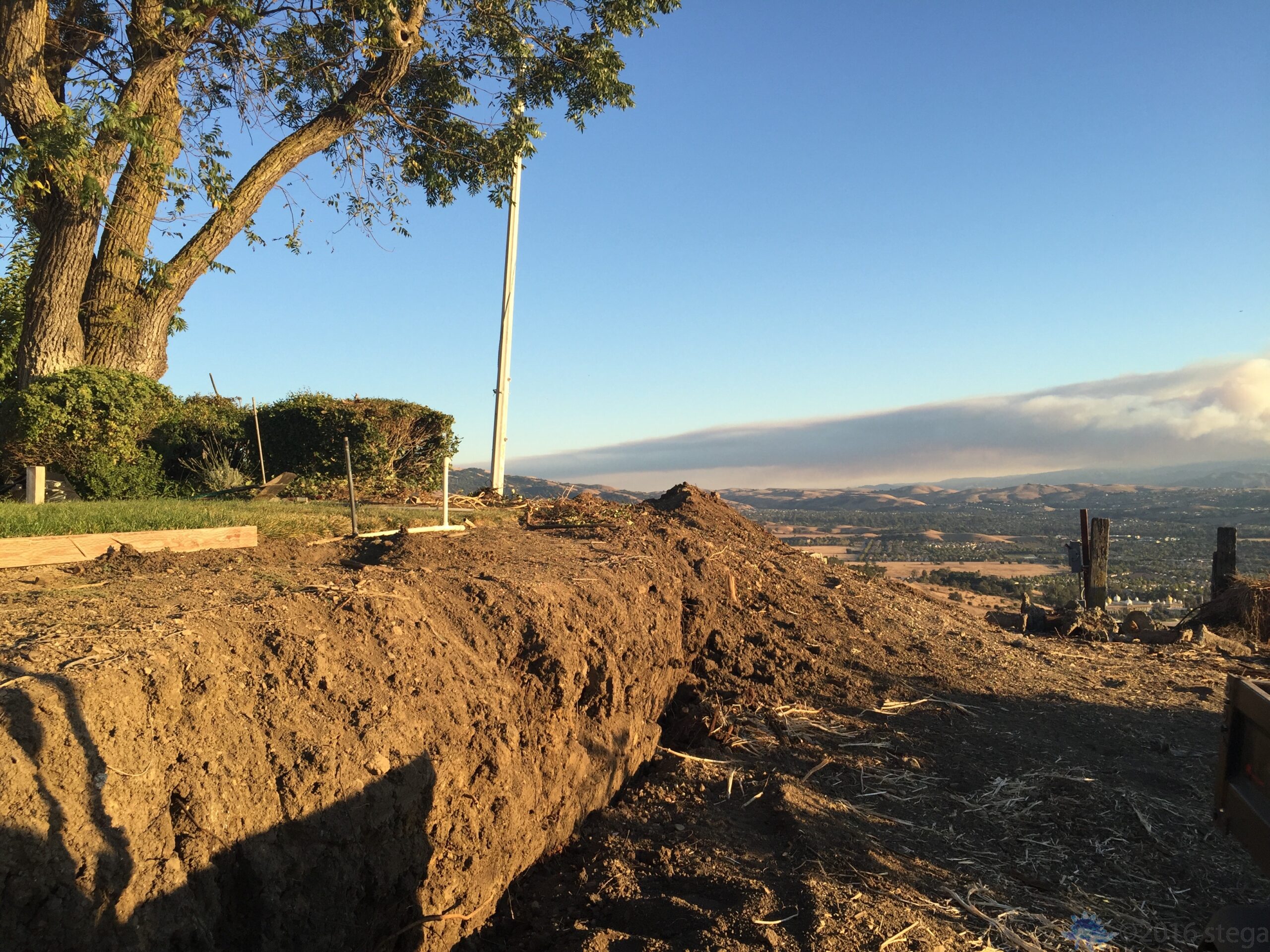 To reiterate when the Doc built this place, he got a deal on 8′ railroad ties.  A buck a tie and he said he purchased 900 of them.  The stables is built out of rail road ties and telephone poles.  Our fence posts for the house fence are railroad ties.  And the retaining wall that ran along the west side of the house yard was built solely out of them.

As part of the replacement project, all those ties had to be removed.  Many of them were not salvageable and went into one of the 3 dumpsters we filled up during this project.  Some however are still sound, so a couple of neat piles were made. They then sat in the west pasture for a few weeks and then they were moved back by the stables.  We have plans for the ones we kept…many many plans.