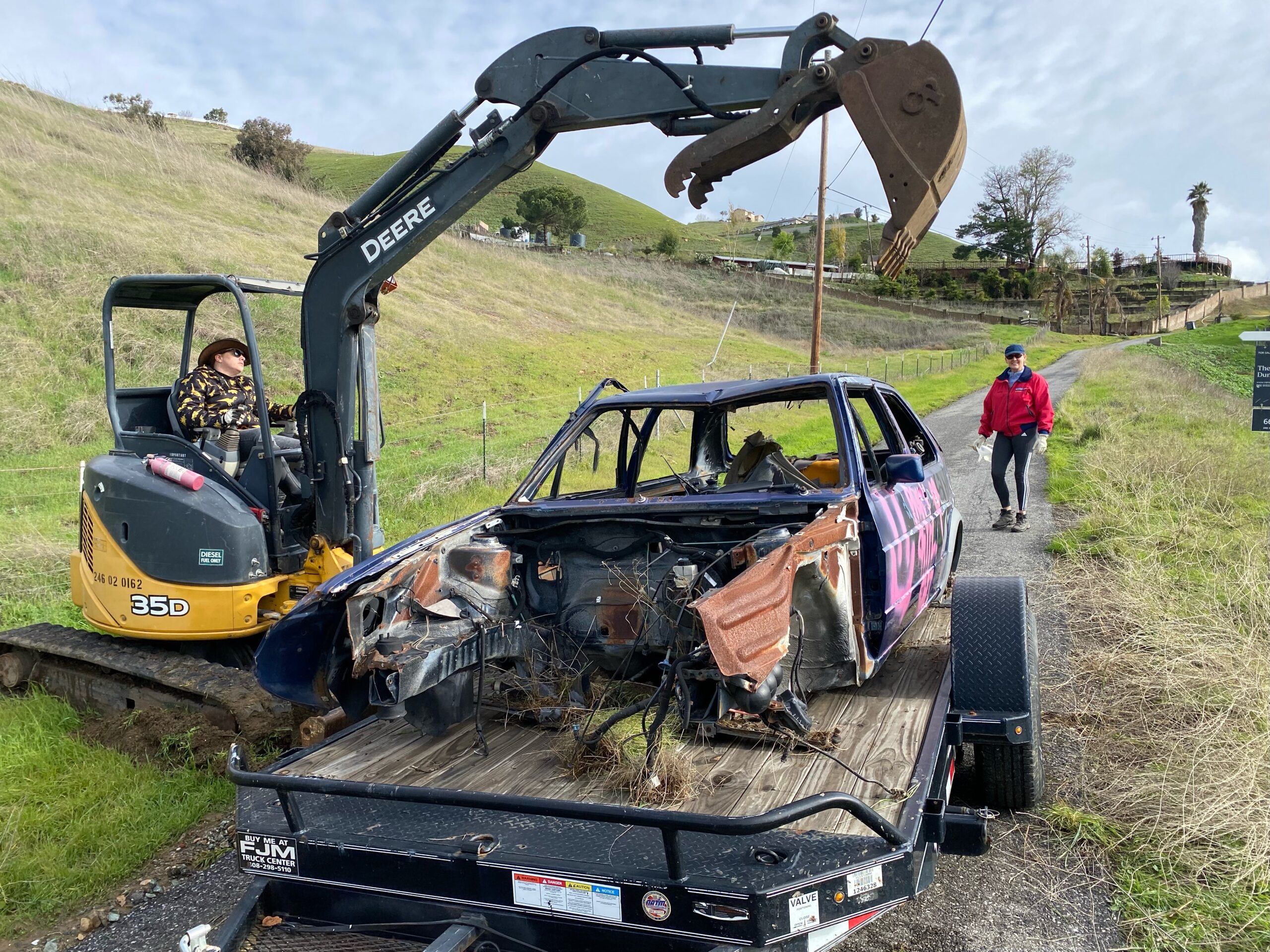 This past Boxing Day (the day after Christmas) Agent Smith and I, along with a few intrepid residents managed to make the old burned out VW “magically” disappear. After a minor hiccup involving parking a pickup truck that was getting low on fuel on an incline, the corpse was loaded onto an open trailer and brought up to the waiting dumpster. It was then promptly cut into more conveniently stackable pieces and loaded into the dumpster.

Why did we do this you ask? Well CHP couldn’t help with it as it was on private land — CHP handles any accidents on our road since it’s not a county maintained road. The county sheriff couldn’t help as its on private land; and said land has been in a continual cycle of being purchased by unsuspecting buyers who then discover there is a slide covering the parcel and building on it is thus next to impossible. They then sell it off to another person. (This has happened at least three times in the last six years and I have reached out to each new owner and requested permission to remove said car but have never gotten a response.) I even roped in County Code Enforcement to try to do something and in two years they were just as unsuccessful and they have actual contact information for the current owners and were attempting to assess daily fines against them.

Anyway, besides Barbie running a bit low on fuel, the only other hiccup was that things were so soggy it was safer to drive Bambi )our excavator) down the road instead of through the south pasture — which is just across from where the car had sat for some fifteen or more years. Thankfully I know how to switch off the incessant beeping Bambi makes when moving.

You’re probably also wondering why we didn’t just take the car to a metal recycler. There were two reasons for this: first and foremost, the dumpster service I contract with will just as easily recycle the metal and, more importantly, handing it over to them keeps them on our good side. This means that when we have some old tires, a manky mattress or some other hard to dispose of item that some random person dumped alongside our road, we can place it in a dumpster and they will dispose of it with no questions or extra fees. The second reason is that it was pretty cathartic for some residents to cut up something so massive that had blighted the landscape for so long.

Here are some images from the day of the removal service. 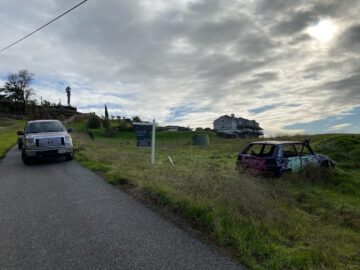 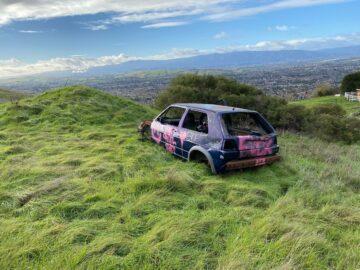 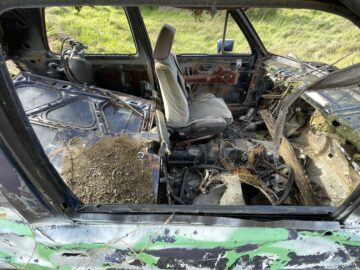 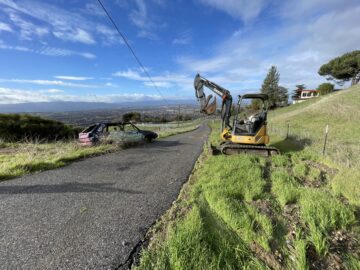 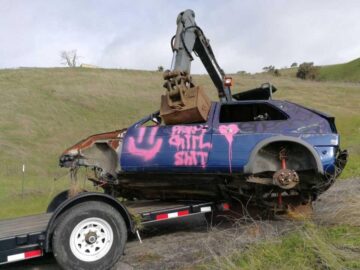 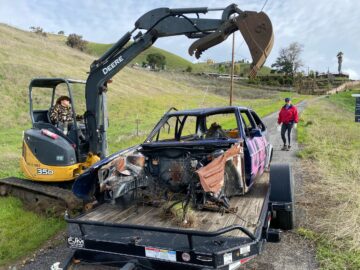 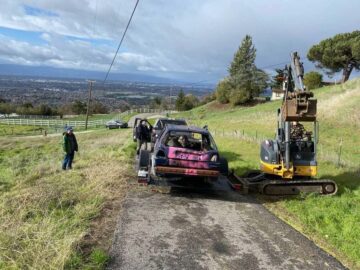 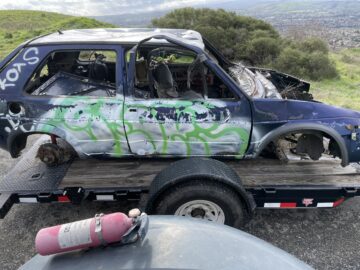 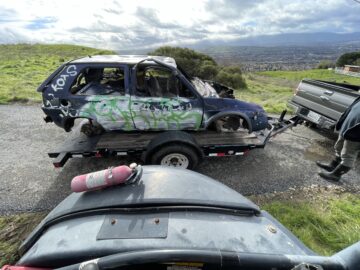 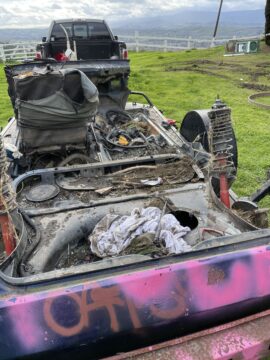 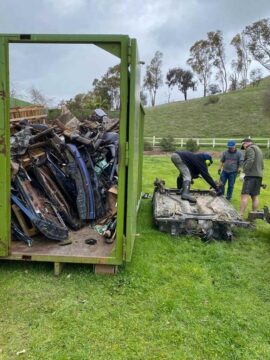 One last bit of fun trivia: if you pull up your favorite mapping software and plugin the coordinates 37.339265, -121.764755 you an actually see the old wreck. Of course if you go for a walk along upper Higuera, you would now have no idea it was ever there.