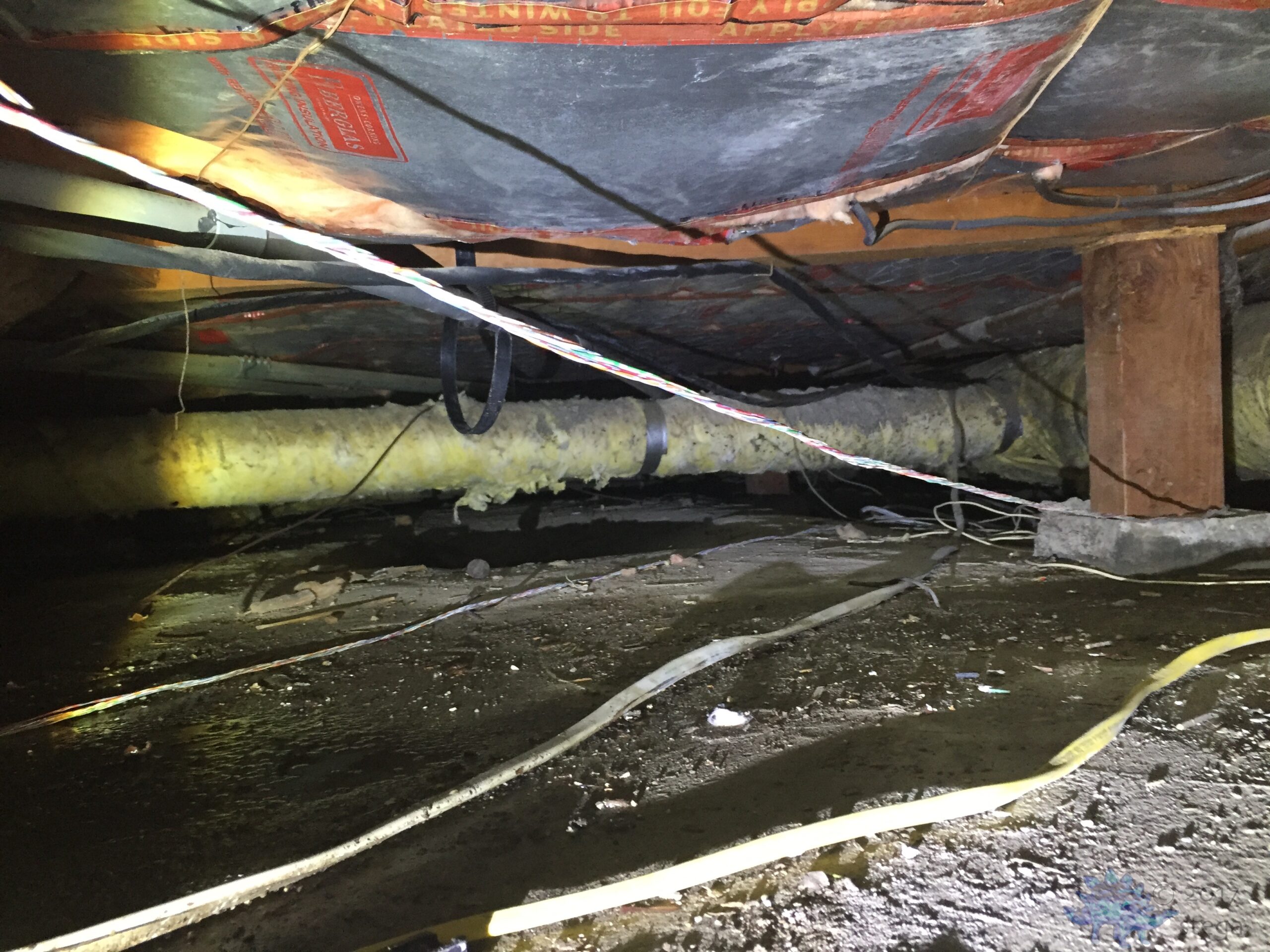 A great portion of our house sits on top of a concrete slab, but, and here’s the interesting part, 3/4 of the house sits above this foundation via a system of supports and joists.  So while we have no attic space, we do a have a crawl space that runs under almost the entire house.  Only Agent Smith’s office (which was originally the garage), a section of the eating area in the kitchen (which was once a mud room) and the downstairs area of the great room are built directly atop concrete.  Throughout the crawlspace run all the ducts for our massive furnaces/AC, and while there is not a lot of space down there (clearance runs anywhere from just 18 inches or so to at times 3 or more feet) there was a lot of debris in that space. Thus, late last summer once all the up-top furnace work was done and the ducts had been cleaned out, I set about trying to find a service that could go in, clean up the fallen insulation and debris that littered the space.  After getting quotes from a handful of places like Attic Guys and Attic Pros I gave up in despair.  All I wanted was the garbage out and some new insulation put in place but all the quotes were rather pricey, so I asked around and it turns out one of the contractors that had helped with the dry rot project was more than happy to round up a few friends and help us out.

They cleared out six bags of garbage, rocks, rubble and old bits of pipe.  Then they cleaned up the insulation and put insulation around some of the water supply pipes to the bathrooms.  This wasn’t meant to be a super diligent project, but a way to get things down there a bit less disgusting.  In a few years time we will begin thinking about replacing our diesel burning furnaces and that will mean removing all the old ducts.  At the time we’ll have the area seriously cleaned and sealed, but for now it’s at least a bit better.